Who Is Viktor Vekselberg, Besides Being The Man Who Paid Trump Lawyer Michael Cohen $500,000?

Russian oligarch Viktor Vekselberg is finding himself the target of several investigations, perhaps most notably due to paying Donald Trump's attorney, Michael Cohen, half a million dollars after the 2016 presidential election, through one of his companies. What that payment was for is not clear. However, Vekselberg has not been shy about his support for Trump. He attended the inauguration, thanks to tickets given to him by his cousin, Andrew Intrater, an American who is president of the investment company Columbus Nova. That company hired Cohen as a consultant in 2017.

Vekselberg has also had ties to other people in Trump's inner circle. In 2015, he attended the 10thanniversary celebration for the Kremlin's RT channel. At that event, Vladimir Putin was seated next to Michael Flynn. Flynn, of course, was briefly the National Security Adviser in Trump's administration.

Vekselberg and his holding group, Renova, are a part of the list of oligarchs, companies, and government officials subjected to sanctions as a result of their involvement in the U.S. Presidential election and for their actions in Syria, Ukraine, and Crimea. 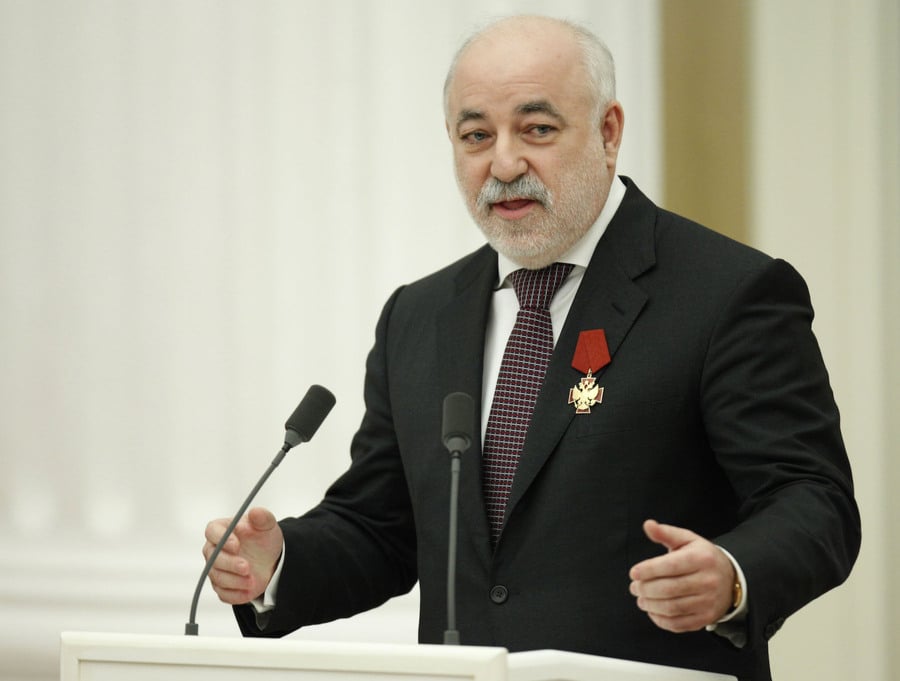 So, who is Viktor Vekselberg?

Viktor Vekselberg was born in 1957 in western Ukraine, which at that time, was part of the Soviet Union. His father was Jewish and some of Vekselberg's relatives were murdered as part of the Holocaust. Vekselberg graduated from the Moscow Institute of Transport Engineers in 1979. During the 1980s, he worked for a number of state run laboratories as a researcher.

Vekselberg's journey from mid-level management to one of Russia's richest men follows what is now a familiar trajectory: he took advantage of the fall of the Soviet Union. He went about buying parts of Russia's huge resource sector, which were carved up and privatized in the 1990s. He sold scrap copper from cable wires. Then he moved on to buying aluminum smelters in Siberia. Then he founded the oil and metals company Renova Group, which is headquartered in Switzerland. In 1997, he became a stakeholder in TNK-BP, a joint oil venture. In 2012 he sold his stake in the venture with the British oil giant to Rosneft, the Kremlin controlled oil behemoth.

Vekselberg is an art collector who collects Faberge eggs. In 2004, he purchased nine Faberge Easter eggs from the Forbes family for $900 million. He later established a museum to house the eggs. Vekselberg also spent a million dollars to move 17 Russian church bells back to Moscow from Harvard University. The bells were then consecrated by the head of Russia's Orthodox Church. Harvard got new bells.

Vekselberg is a prominent figure in Moscow's Jewish community. He gave money to set up the Jewish Museum and Tolerance Center. That museum opened in 2012. Two years later, Ivanka Trump and her husband Jared Kushner attended a fund raising dinner at that museum.

Vekselberg met his wife Marina Dobrynina in college. She runs a charity that caters to people with psychological issues. They have a daughter Irina, born in 1979 and a son, Alexander, born in 1988. The Vekselberg kids attended Yale University. Alexander is an American citizen who also attended high school in the U.S. and now owns Ferrari dealerships in Philadelphia and Denver. Irina works for her father's Renova Group in Russia.