For someone who is probably best known for giving out mundane advice on things like delicious winter pie recipes and best practices for decorating a guest bathroom, Martha Stewart has lived a decidedly non-mundane life in her 73 years on planet earth. She's a best-selling author, former model, magazine publisher, TV star, entrepreneur, convicted felon, former billionaire… She's really done it all. And earlier today, Martha announced that she had sold her lifestyle company, Martha Stewart Living Omnimedia for $353 million to a company called Sequential Brands. And while selling anything for $353 million should normally be seen as a massive home run, it's actually a slightly sad ending for a company that was once valued at more than $2 billion. Here's what happened and everything you need to know today…

Martha Stewart was born Martha Helen Kostyra, on August 3, 1941 in Jersey City, New Jersey. Her parents, who had five other kids, were middle class Polish people. The family moved to Nutley, New Jersey when Martha was three. When she was older, Martha babysat for the children of Mickey Mantle and Yogi Berra. In her teen years, the striking blonde became a model. She appeared in magazines and TV commercials for Chanel, a cigarette company and a shampoo. 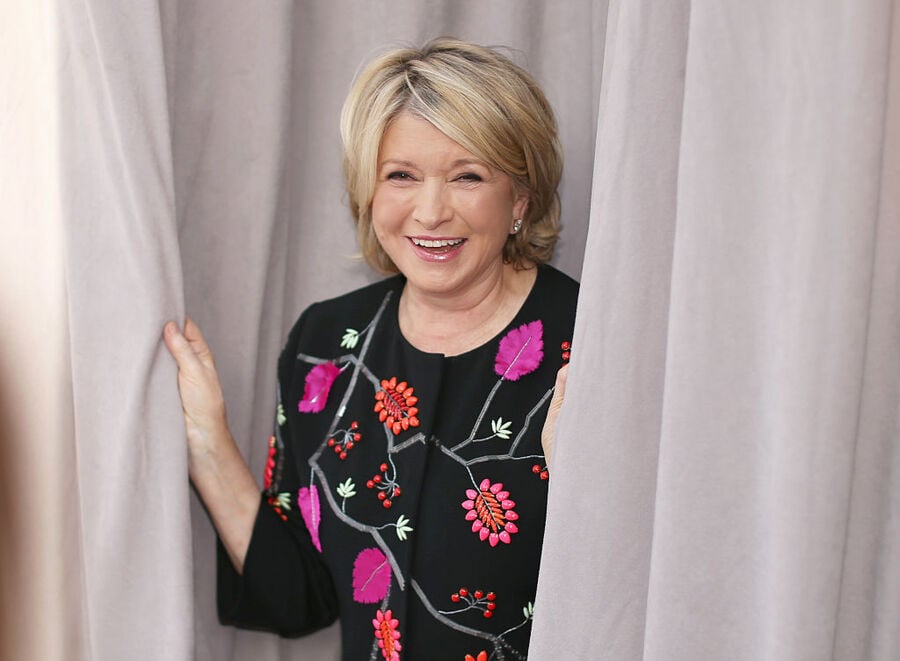 Martha would continue to model while she attended Barnard College, where she initially majored in chemistry, but eventually switched to European history and then architectural history. While in college, she met her future husband, Andrew Stewart, who was attending Yale Law School at the time. Andrew and Martha were married in 1961 and soon set up shop in Westport, Connecticut where they restored a 150-year-old, dilapidated farmhouse. It was during this project that Martha discovered her penchant for decorating.

In 1976, Martha teamed up with a friend from her modeling days to launch a catering business. Martha ended up buying the friend out of the business when the friend complained that Martha was extremely difficult to work with. Around this same time, she also opened a gourmet food shop.

Meanwhile, Andrew Stewart had slowly risen within the the ranks of a prominent book publishing company. When the company had an event, Andrew hired Martha to do the catering. Andrew's boss, the President of Crown Publishing, was impressed with Martha and immediately began prodding her to write a cookbook. So she did. Her first book, "Entertaining" was released in December 1982. The book was a huge success and led to many follow ups over the next 10 years.

Unfortunately, not everything was perfect in her life. Martha and Andrew separated in 1987 and officially divorced in 1990. On the flip side, 1990 was the same year Martha signed a deal with Time Inc to develop her own quarterly lifestyle magazine, which would soon be named Martha Stewart Living. The first issue was purchased by a respectable 250,000 people. By 2002, each issue sold more than two million copies.

In 1993, Martha made the jump from magazines to TV with a weekly half hour show that was essentially a compliment to her magazine. The show aired on CBS and simultaneously Martha became a frequent guest on CBS' The Early Show.

In 1997, Martha privately raised enough money to acquire the rights to all of her various media ventures. When the acquisitions were settled, she consolidated everything into a newly formed company which she called Martha Stewart Living Omnimedia. She would not only own 96% of the company, she would also serve as President, Chairwoman and CEO. She soon launched a catalogue business, a floral company and an e-commerce website.

Martha Stewart Living Omnimedia went public on October 19, 1999 on the NYSE. The shares were initially priced at $18, but by the end of the day were going for $38. At that level, the company had a market cap just north of $2 billion. And as majority owner of the outstanding shares, Martha was officially worth a little less than $2 billion on paper. She was the first female self-made billionaire in American history. 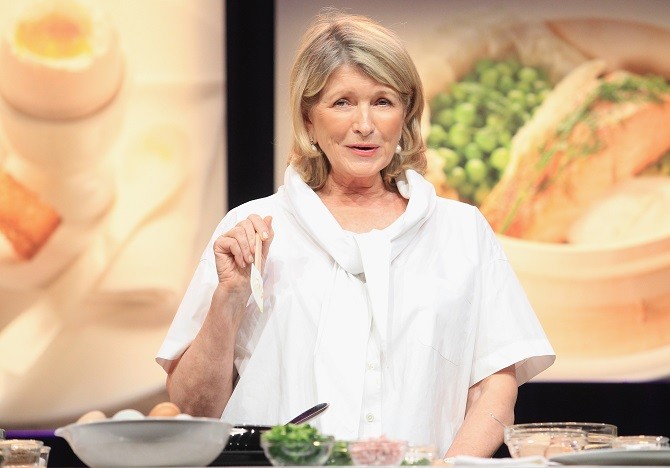 On December 27, 2001, Martha was flying on her private jet to Mexico to take a vacation with two friends. During that flight, she called her office to check her messages. One of the messages she received was from her Merrill Lynch broker Peter Bacanovic. Bacanovic's message reportedly included "material nonpublic information" (aka an insider trading tip) that one of the stocks in Martha's portfolio, a biopharma company called ImClone, was poised to drop. With that news, Martha called the broker and instructed him to sell all of her 3,928 shares of ImClone Systems stock. The very next day, ImClone's share price dropped 16%.

By selling her shares when she did, Martha saved a grand total of $45,673.

Within a few months, the media had picked up on Martha's sketchy stock trade. The controversy forced her to resign from CBS. She also had to step down from her position as a board member of the New York Stock Exchange. Around the same time, the share price of Martha Stewart Living Omnimedia tanked from their all-time high of $36, down to $16, then to $9 then to $7. At that level, the formerly $2 billion company was worth a little less than $400 million.

In June 2003, Martha was indicted on nine charges ranging from securities fraud to obstruction of justice. She went on trial in January 2004. The prosecution was able to successfully demonstrate that Martha's broker had ordered his assistant to tell her that ImClone's CEO was selling all of his shares ahead of a negative FDA ruling that was about to be announced. That CEO was also eventually sentenced to seven years and three months in prison and ordered to pay $4 million in fines and back taxes.

Martha had a highly publicized trial that ended in March 2004 with a conviction on three felony charges. In July 2004, she was sentenced to serve a five month term in a federal prison. She wanted to serve her time in nearby Danbury, Connecticut but ultimately served out her time at Federal Prison Camp Alderson in West Virginia. She also was forced to give up $58,000 worth of ill-gotten profits and pay fines that totaled around $137,000.

Ironically, while Martha was serving time, the share price of her company soared 90% from its all-time lows. It actually recovered to the point where she regained her billionaire status, while sitting in a jail cell.

Martha was released on March 4, 2005 and was then placed into a two-year supervised release program that included five months of home confinement with an ankle bracelet. After her release, her roller coaster stock price stumbled again, this time 40%.

Today the Martha Stewart brand name can be found on everything from towels to bed sheets to furniture to dog beds. Martha's net worth is $300 million, but that number could go up slightly in the next year, thanks to the announcement that she had sold her entire empire to a company called Sequential Brands for $353 million. The acquisition will be paid half in cash and half in stock. It's a far cry from the company's $2 billion heyday, but still extremely impressive when you consider that this brand started from scratch in a Connecticut farmhouse kitchen.

From model, to best-selling author, to TV star, to CEO, to America's first self-made female billionaire, to convicted felon… Martha Stewart has led an incredibly interesting life. And knowing her, she's probably not even done yet!