There was recently a surprising development in Saudi Arabia's royal hierarchy. King Salman took the title of crown prince away from his nephew and instead gave it to his 31-year-old son Mohammed bin Salman bin Abdulaziz. In a startling report from The New York Times, it was revealed that Mohammed bin Nayef was summoned to a palace in Mecca, held against his will, and pressured for hours on end to give up his claim to the throne. By the time dawn rolled around, he'd given in to his captors' demands. Mohammed bin Salman bin Abdulaziz is now the first in line to succeed his 81-year-old father as ruler of the country.

The significance of this is not lost on anyone who understands the House of Saud. The royal family controls literally trillions of dollars of oil and cash. Since 1948, the royal family has transformed the country and brought it from the dark ages to the forefront of modern civilization and technology. The House of Saud is so powerful that they can send world economies into chaos with the push of a button. But how did one family get so much power? Let's take a look at that.

In 1744 Muhammad bin Saud founded the first Saudi dynasty. Back then, most of the Gulf region was controlled by Turkey's Ottoman Empire. Muhammad rose to power through a partnership with a popular religious leader named Muhammad ibn Abd al-Wahhab. The two men established their base in Riyadh and expanded quickly to control most of the territory that is today's country of Saudi Arabia. That first Saudi state lasted until 1818 when it was attacked by Ottomans from Egypt. Over the next 50 years, the Al Saud family fought to retain control of their territory. 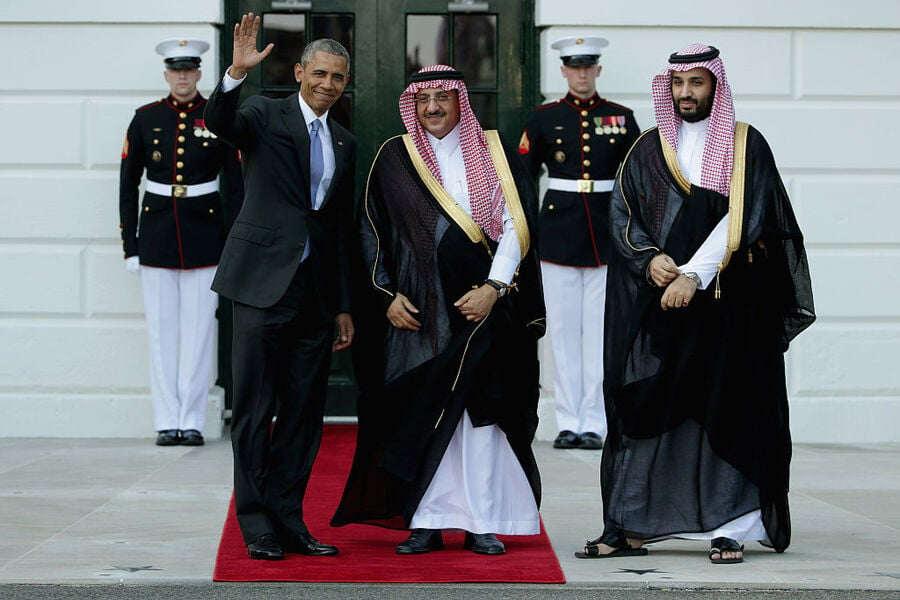 In 1902, Muhammad bin Saud's great-great-great-great grandson Abdul Aziz, who would later come to be known as Ibn Saud, led a group of family members in recapturing the city of Riyadh. Ibn Saud's influence spread quickly with the help of tribal leaders who were sympathetic to his goal to driving out the Ottomans. In 1916, the British were also keen to give Ibn Saud support at that time as the Ottomans were fighting the Brits during World War I. The Brits gave Ibd Saud support to unify the Arab State. On September 23, 1932, Ibn Saud officially crowned himself King of Saudi Arabia.

There was just one problem after decades of waging a war in a largely unfathomable swath of desert, the royal family was broke. And not just living lean broke. The entire kingdom was destitute.

Ibn Saud and his family needed a way to make money and they hoped that oil was the answer. Back in the 1930s and 40s, oil really hadn't been found in significant quantities outside of the United States. However, there were rumors and local legends about oil seeping out of the ground in remote villages in Saudi Arabia. So the House of Saud went to check it out.

Oil was discovered on March 3, 1938. This was good news, but the royals still had no idea how much oil they might find. For all they knew, the oil in the remote village of Dammam would be their only discovery.

In 1949, American oil explorer Jean Paul Getty made an investment that most people thought was certifiably insane. Getty took $9.5 million of his own money (roughly $100 million today) and purchased a 60-year exclusive lease to search for oil in the eastern region of Saudi Arabia. Getty then spent an additional $30 million of his own money ($300 million today) to continue his search for oil in the Saudi desert. In 1953, the gamble paid off. From that point forward, his little tract of worthless land would go on to produce 16 million barrels of oil every year.

The next Saudi oil field to strike black gold was the Ghawar oil field, which began full-time production in 1951. That field turned out to be the largest single deposit of crude oil on the planet. During its lifetime, Ghawar is expected to produce 75-83 billion barrels of oil. Today, six of the world's 30 largest oil fields are located in Saudi Arabia.

Because of oil, Saudi Arabia grew into one of the wealthiest and most powerful countries in the world in just 50 years. Ibn Saud ruled his Kingdom until his death in 1953. He was survived by 36 sons. According to the Saudi law of succession, the crown must pass to a direct descendant of Ibn's sons. The Saudi royal family today consists of roughly 15,000 extremely wealthy princes, cousins, wives, brothers, etc. and controls an estimated $1.4 trillion in oil, property, and cash. More impressive, this insane amount of money is believed to be under the control of just 2,000 members of the Saudi royal family.

King Salman is 81-years-old. As we mentioned, according to Saudi royal laws, the crown passes to the next son of Ibn Saud. The sons of Ibn Saud are old and dying off, so whomever becomes the next Saudi King will be the man to create a new bloodline of future Kings. That makes the act of choosing Salman's successor tricky business. It is believed that it was Mohammed bin Salman himself who organized the plot to overtake the throne. Mohammed bin Salman's rise to the throne signifies a collection of a lot of power in just one branch of the Saudi family.

Mohammed bin Salman will father the next generation of Kings. Mohammed has also been appointed deputy prime minister and defense minister. He has had a visible role in his country's government for longer than his young age would indicate. In fact, Mohammed bin Salman has spearheaded his country's plan to wean itself off oil as part of a diversification plan for the Saudi economy, which also might be the most modern act of all!