Glenn Stearns is the subject of Discovery's "Undercover Billionaire," the show that drops a billionaire off in an average U.S. city with $100 in their pocket and without the contacts they've built up in their career. The challenge is for the billionaire to make a new million dollar business from scratch in 90 days. Stearns wanted to participate in the show to challenge himself. He was also 100% confident he'd succeed. After all, he already built a billion dollar fortune from nothing.

Glenn Stearns grew up with alcoholic parents. He failed 4th grade and was diagnosed with dyslexia. He had his first child at 14. He graduated from high school in the bottom 10% if his class. Nothing about his early life foreshadowed the success he has today. Instead of falling into drugs and alcohol like some of his friends, Glenn met mentors who showed him what his life could be. Glenn took his mentors' messages to heart and became the first person in his family to go to college. He graduated from Maryland's Towson University with a degree in economics. 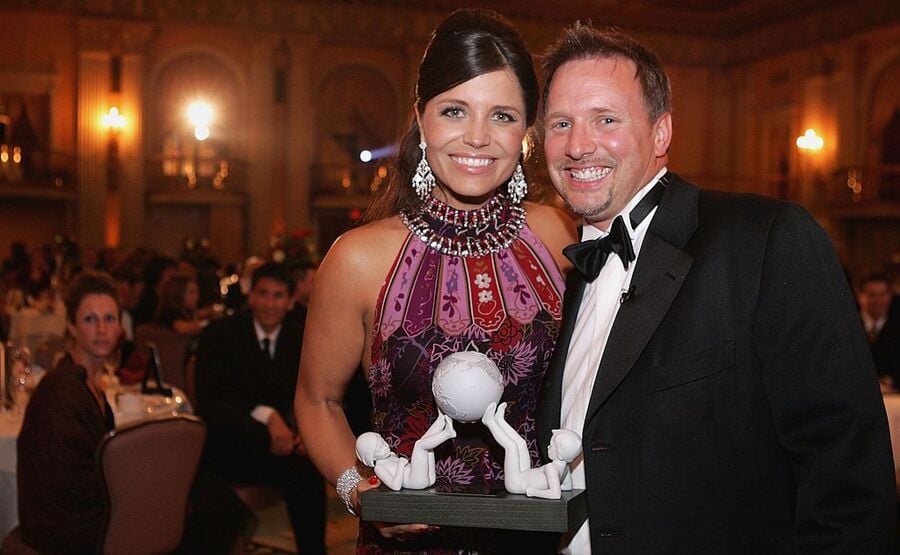 Inspired by stories of people who took risks on their way to success, he moved to California. Once in the Golden State, he slept on the kitchen floor of a one bedroom apartment he shared with five other people. He worked as a waiter and looked for a way to get his foot in the door to a career that would enable him to rise above the circumstances he was born into.

In 2002, Glenn had been working as a loan officer for 10 months when he decided it was time to go out on his own. He started his own mortgage company, Stearns Lending LLC. By 2010, Stearns Lending reached $1 billion a month in funding. Perhaps even more impressive, the company had survived the 2007-2008 mortgage lending crisis and came out of that as one of the top lenders in the country. Stearns Lending has funded over $30 billion in loans since 2010. In 2015, private equity behemoth Blackstone acquired a 70% stake in Stearns for an undisclosed amount.

Is Glenn Stearns Bankrupt? Soon after publishing this article, a number of people sent feedback saying Glenn Stearns had filed for bankruptcy. That is false. In July 2019 Stearns Lending filed for Chapter 11 bankruptcy. That is very very different from Glenn personally filing. As we mentioned a moment ago, Glenn sold 70% of his company back in 2015 to private equity firm Blackstone. The company stated in its filing that it has $1.22 billion worth of assets and $1.16 billion in liabilities. Blackstone and Glenn came to an agreement that he will forfeit his remaining 29% stake in exchange for Blackstone injecting a large amount of capital to right the ship. The agreement also allowed Stearns Lending to not fire any of its 2700 employees.

Glenn is the father of six children and grandfather of two. He and his wife Mindy are active mentors to young people who have faced adversity. They are active philanthropists who donate to many causes. The couple appeared on The Oprah Winfrey Show in 2003 to discuss their journey and vision.

For "Undercover Billionaire," Glenn assumed the identity of Glenn Bryant and was sent to Erie, Pennsylvania. His background for his alias is that he spent the last 30 years in corporate America, but has always dreamed of starting a business of his own. After 90 days, Glenn will reveal his real identity. If his new company is even a penny short of $1 million, Stearns will put $1 million of his own money into the business.