By Amy Lamare on April 8, 2020 in Articles › Billionaire News

Twitter and Square CEO Jack Dorsey took to Twitter today to make a big announcement. He is donating $1 billion of his own net worth into a new fund he's calling Start Small, LLC. The new fund will initially be focused on COVID-19 efforts and relief, but over the long term also focus on girls' health and education and Universal Basic Income (UBI). Additionally, he's making everything that goes on with this new fund completely transparent. He linked to a google spreadsheet that will track Start Small's efforts.

Dorsey's donation is pretty incredible. It's also much more than the $100 million Jeff Bezos pledged to Feeding America. Bezos, as you may recall, is the world's richest man with a net worth of $111 billion. His donation is 0.09% of his overall wealth. Dorsey, on the other hand, has a net worth of $2.1 billion. Dorsey's donation blows Bezos' out of the water in both size, potential impact, and personal impact. Bill and Melinda Gates also pledged $100 million to develop a vaccine and support detection, isolation and treatment efforts. Michael and Susan Dell have also pledged $100 million to relief efforts. 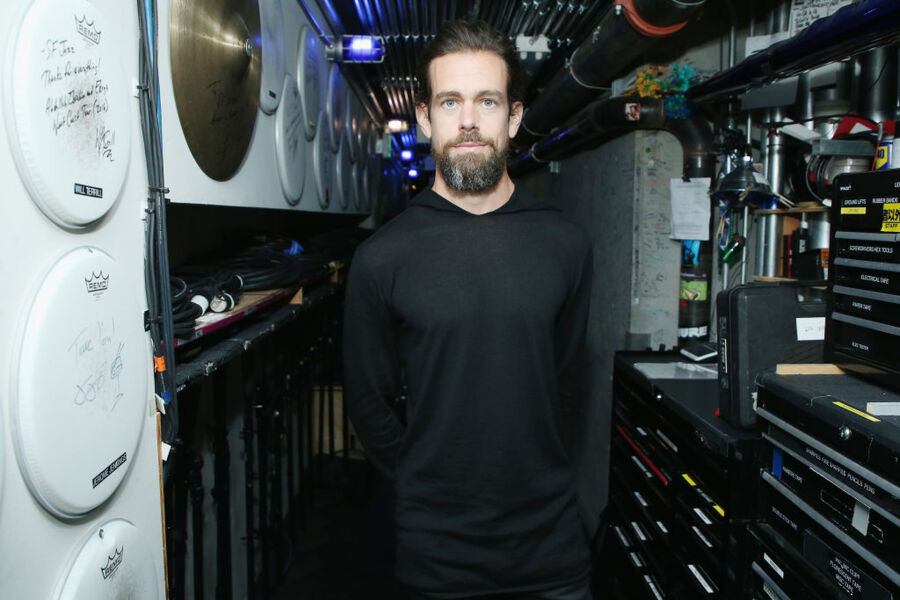 That Dorsey is also being so open about what this fund is spending its time and money on is also interesting. Recently, we reported on how there's drama inside the ranks of Twitter. Last month, Paul Singer, the founder of investment management firm Elliott Management bought a $1 billion stake in the social media company. Why? He wants to force Dorsey out of the company. Word on the street is that Singer doesn't like the fact that Dorsey is CEO of both Twitter and Square. His issue is with Dorsey dividing his time between the two technology companies. Singer thinks that Dorsey should be giving his undivided attention to Twitter, especially in light of the upcoming 2020 presidential election and Twitter's role in disseminating news and information about that and other global news events. It should be noted for full disclosure that Singer is a big Republican donor and pal of President Trump. Dorsey is not.

This isn't the first time Dorsey has mentioned Start Small. He originally announced plans for the fund back in 2015 when Square went public. He pledged to give the fund 40 million shares at the time. However, that never seemed to materialize. Either that or Dorsey was being uncharacteristically closed-lipped about it for the past five years. Let's not forget that Dorsey is an over-sharer by nature.

Peruse his Twitter feed and you'll learn that he loves infrared saunas, did a 10-day silent meditation retreat in a monastery in Myanmar, and keeping track of his heart rate while he meditates.

Now, he's out in the open about Start Small. He wrote:  "Why now? The needs are increasingly urgent, and I want to see the impact in my lifetime," he wrote. "I hope this inspires others to do something similar. Life is too short, so let's do everything we can today to help people now."

So far the Google doc tracking the efforts of the fund shows that $100,000 has been granted to America's Food Fund, which was started by Laurene Powell Jobs and Leonardo DiCaprio.

"It's important to show my work so I and others can learn," Dorsey said.