By Joseph Gibson on September 16, 2018 in Articles › Billionaire News

In the business world, a good endorsement deal can spell the difference between success and failure. In Tsuyoshi Matsushita's case, he was able to build his MTG Co. into a $2.3 billion example of the former, in part because he decided to go out on a limb and try to get luminaries like Madonna and Cristiano Ronaldo to endorse two of his corporation's products. And as a recent Bloomberg profile on the man points out, he didn't know either of them at the time. When asked how he explains this seeming masterstroke, he credits it to that all powerful factor in the world of fortune: Luck. Here he is:

"Most people wouldn't even try to get Ronaldo or Madonna because they think it's such a slim chance … I've been thriving on that 1 percent chance since birth. And I've gotten lucky."

MTG Co. has a "kaleidoscope" of products under its purview, two of which are the MDNA SKIN skincare line developed in conjunction with Madonna and SIXPAD, an abdominal muscle-training gadget released with Ronaldo's endorsement. The company was listed on the Japanese stock market for the first time in July, and experienced a surge of 27 percent on its very first day. That was very good news for all of the company's shareholders, Matsushita chief among them, who owns a 72 percent stake in the company. 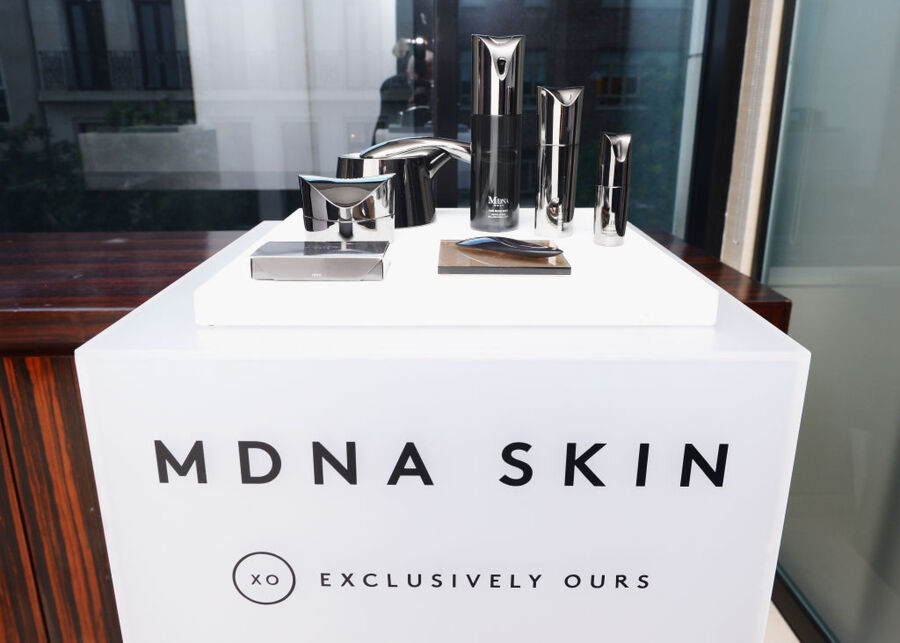 Matsushita says he got started in business when he was still a student in grade school. He discovered some Dutch rabbits that resembled pandas while traveling to Nagasaki, bought some, and sold the novelty bunnies to fellow denizens of the small Japanese island where he grew up.

Then in 1994, he started a used car business, but quickly determined that his true calling was to design products of his own. Two years later, he started what would become the predecessor to MTG, and in 2009 he had a big breakthrough with the success of an electronic massager called the ReFa massage roller, which purportedly improves circulation.

It was around this time that he got it into his head that he wanted to work with Madonna. So he put the squeeze on the advertising agencies he worked with and managed to get her interested in collaborating:

"I started asking those around me if they knew Madonna … They looked at me like I was crazy. But eventually someone knew someone and after a while, we were finally able to reach her."

In February of 2014, the MDNA SKIN line was born. Only a few months later, in July of that same year, he took a similar approach with Ronaldo, and yet another high-profile partnership began.

Now, Matsushita wants to expand his SIXPAD fitness brand into additional gyms. Right now, there's only one "SIXPAD STATION" in Tokyo, but he wants to take the brand worldwide, with 500 more locations in Japan and another 4,500 all over the world.