By Joseph Gibson on February 1, 2021 in Articles › Billionaire News

Once upon a time, former President Donald Trump was a dependable presence on television and in movies, willing to learn a few lines any time a director needed a real life "rich guy" to make a cameo appearance. He appeared in "Home Alone 2: Lost in New York" giving a lost Macaulay Culkin directions, in "The Little Racals" as father to snobby rich kid Waldo, and even as a supervillain imitating Trump to secure a fraudulent bank loan in the 1990s syndicated action series "NightMan." He was eventually able to parlay that into a full-time gig as the boss of "The Apprentice" on NBC, and was continuing to earn royalty payments from all these jobs and more throughout his presidency – but a recent Hollywood Reporter story on his last financial disclosure points out those payments cratered during his final year in office.

It's already been reported that Trump's leisure and hospitality businesses suffered mightily over the course of 2020 thanks to the COVID-19 pandemic, but the drops in his royalties from film and television can't be as easily explained the same way. During his first three years in office, Trump received an annual payment in the seven figure range courtesy of Trump Productions' 50 percent stake in "The Apprentice" – the highest being in 2018, when he got more than $2 million in royalties from the show. But in 2020, he got just $275,000, a drop that THR speculates is "likely tied to syndication rights and reruns for the reality show." 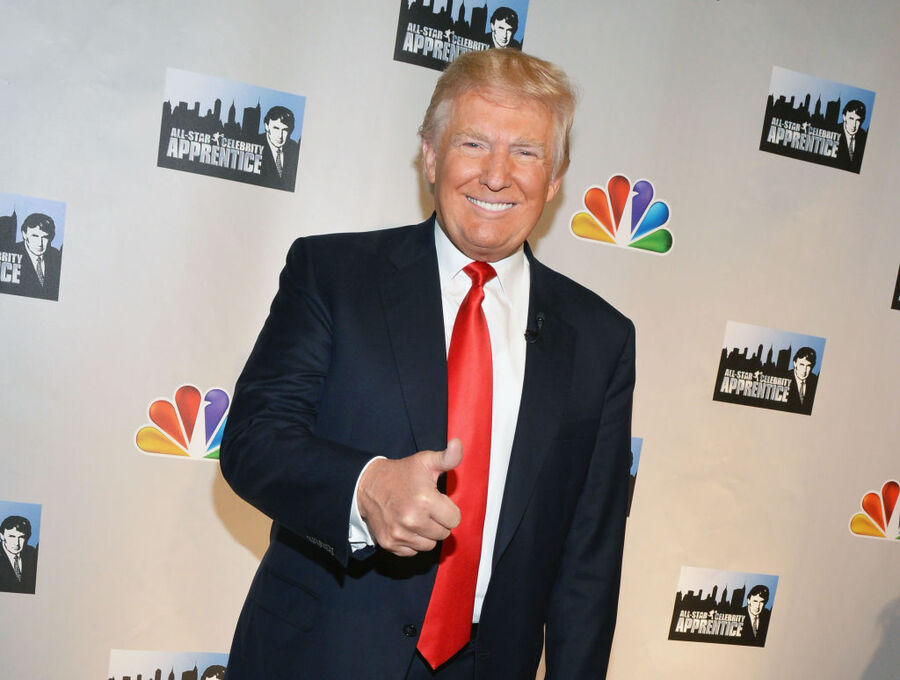 "The Apprentice" was always Trump's highest-paying showbiz job, but his income from his former days as a cameo artist saw drops in 2020 as well. In 2019, for instance, he earned $1,000 for royalties from "The Little Rascals," which in 2020 dropped to $205. This may be a sign of things to come for the former president, whose presidency made him something of a radioactive figure who likely won't be able to return to NBC or mainstream feature films (outside the right-wing media ecosphere) in the future.

You might not expect Trump's book sales to suffer in the same way his film and TV appearances did, but the financial disclosure shows his income from his work as an author has cratered as well. In 2017 he earned a million dollars in royalties from two books, "The Art of the Deal" and "Time to Get Tough," and another tome entitled "Crippled America" earned him somewhere between $1 million and $5 million. In 2020, his most famous book "The Art of the Deal" continued to earn him somewhere from $100,000 to $1 million, but THR says that "none of his other 14 books generated any meaningful income" over the course of the year.