By Amy Lamare on November 19, 2019 in Articles › Billionaire News

Well, that didn't take long. It's been just about two years since Travis Kalanick was forced out of the company he helped co-found: Uber. Now he's sold an enormous chunk of Uber stock just as the ride-sharing company's post-IPO lockup period ended. Kalanick sold 20.3 million shares for about $547 million on Friday, November 8, according to documents filed with the Securities and Exchange Commission. The lockup period is a 180-day restriction designed to reduce the volatility of shares in newly public companies.

Last week, Uber saw heavy selling that sent its share price spiraling downward for a 9% loss. The company is currently less valuable than it was in 2015 and some private investors are underwater on their investments. Share prices are down 36% since the IPO.

With the sale, Kalanick now has a 4.6% stake in Uber. That's worth about $2.5 billion. He's also still a member of the board of directors. 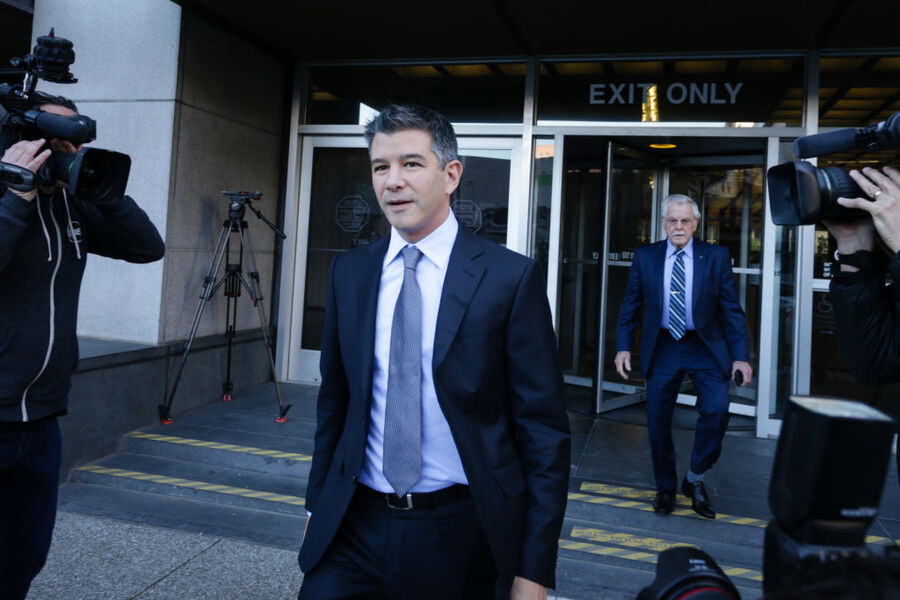 Back in  2017, the proverbial 'Ishtar hit the fan for Kalanick and Uber. First, he was lambasted by the public for joining Donald Trump's team of advisers. He dropped out of that committee a few weeks later. Then, a video surfaced of Kalanick viciously berating an Uber driver while he was a passenger in the car. The driver was frustrated over how the company pays its drivers. Kalanick unleashed on his driver saying, among other things:

"Some people don't want to take responsibility for their 'sh-t.'"

At the time, Kalanick's outburst seemed to be the lowest point he and the company he ran could sink to. And then, a former Uber engineer named Susan Fowler published an impassioned blog post in which she accused the company over overt sexism. She was propositioned by her boss time and time again. She took it to H.R. and they told her that her boss was too important to discipline. #DeleteUber became a trending topic on social media. Uber hired former U.S. Attorney General Eric Holder to investigate the growing number of allegations of sexual harassment.

After numerous scandals, the board of directors had enough and asked for his resignation. This marked the end of this chapter of Kalanick's high-flying career. But now, with the infusion of $547 million into his bank accounts, it's left people wondering just what Kalanick is up to next.

Recently, the Wall Street Journal reported an investment by Saudi Arabia's public investment fund into CloudKitchens. Guess who runs that company? Travis Kalanick. It is a delivery-only restaurant startup. This is a relatively new space for apps – these so-called kitchens are known as virtual restaurants or dark kitchens. Dark kitchens/virtual restaurants are kitchen-only concepts that process and produce orders for delivery. There are no tables, chairs, servers, hosts, or storefront. The food can only be ordered online or through a mobile app and is delivered to the customer.

What's fascinating is that with this new venture, Kalanick is competing directly with his former company. UberEats has been scaling its business rapidly and getting into the dark kitchen space.

For a long time, Uber was the most valuable startup in the world. It has lost that title to ByteDance, the parent company of TikTok.