Travis Kalanick Dumped His Entire Uber Stake A Year Ago. That Turned Out To Be A TERRIBLE Move.

By Brian Warner on December 6, 2020 in Articles › Billionaire News

Travis Kalanick was a controversial figure at Uber and in the business world at large. He resigned from Uber in June 2017 following a series of damning reports that detailed the company's alleged unethical culture. Travis reportedly ignored rampant sexual harassment at the company for years. It didn't help that just a few months before resigning, an Uber driver released a video in which Travis could be seen and heard berating the driver. He just generally came across as a massive douche bag who obviously would have sat back and done nothing while his employees were being harassed.

Travis was replaced as CEO by Dara Khosrowshahi in August 2017. Travis remained a member of the company's Board of Directors.

Uber went public in May 2019. It ended its first day of trading at $41.57. Over the next few months Uber's share price slowly slipped into the mid $20s.

In December 2019 it was revealed that Travis had resigned entirely from Uber, removing himself from the board and all other associations. At this point Travis also revealed that he had spent the last several weeks selling off basically his entire stake in Uber. He sold his shares in the range of $27 to $30 per share, generating proceeds of around $2.7 billion.

A few months into 2020, this share dump seemed like a genius move. As the world locked down due to COVID-19, Uber stock slipped to an all-time low of just under $14. Had Travis sold at that point, instead of getting $2.7 billion, he would have gotten around $1.3 billion. 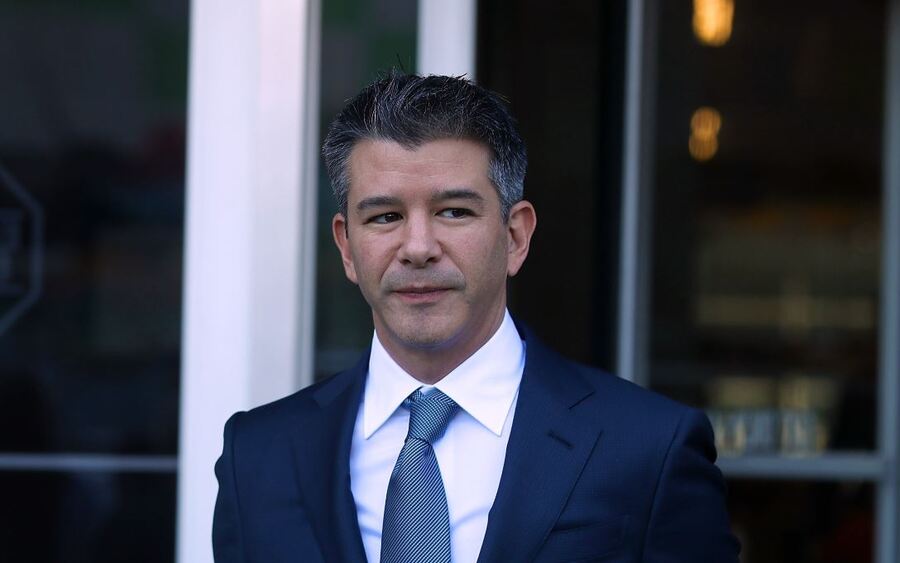 Uber has been on a tear since early November. The stock lit up practically overnight on November 3 after California citizens voted to pass a proposition that protected the company from being required to make all of its California drivers full-time employees, an unimaginably expensive concept. Uber, Lyft, Doordash and other similar companies spent a combined $200 million on a PR campaign to pass the prop. Here's a chart of Uber stock over the last six months: 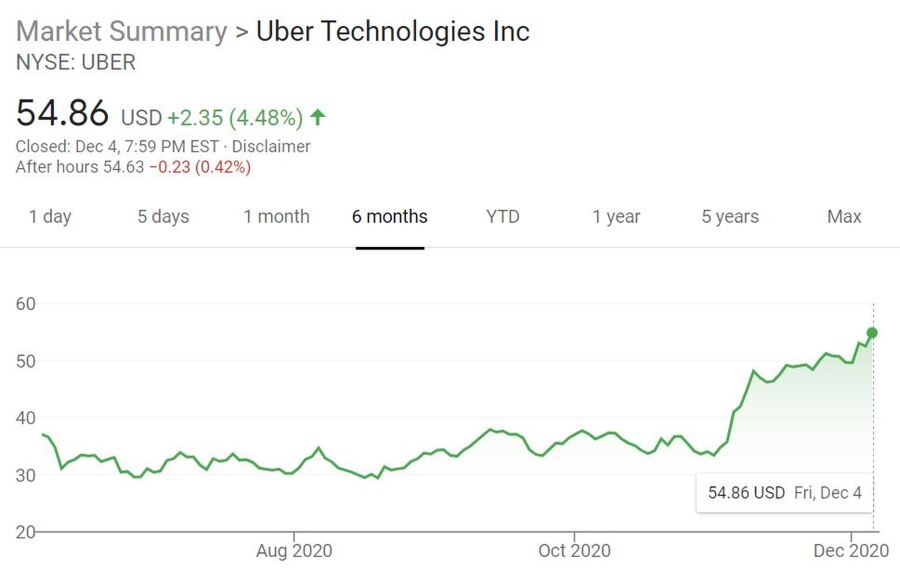 As you can see on the far right of the above screenshot, as of this writing Uber shares are trading at an all-time high of $54.86.

At that price, had Travis never dumped, today he would be sitting on $5 billion.

In other words, in his haste to remove himself from the company he co-founded, Travis left $2.3 billion on the table.

And who knows how much higher Uber stock will go. I'm not a financial advisor by any means, but with a light at the end of the COVID tunnel, it seems like Uber's prospects will continue to improve.

Sooo… sorry Travis! You'll have to make-do with your current net worth of $3 billion.