By Amy Lamare on September 13, 2019 in Articles › Billionaire News

The UK, like many other places, is in the middle of a "retail apocalypse," with traditional brick and mortar stores shuttering due to the onslaught of online shoppers – particularly millennials. Topshop billionaire Philip Green isn't immune to this wave of retail malaise. Sir Philip Green is the best known of the retail titans of Britain. And he's having a no good very bad truly awful year.

Philip Green grew up in London and attended Carmel College. He is the son of a middle class property developer, but knew from a young age that he wanted to follow a different career path. He worked as an apprentice in a shoe warehouse before starting his own business importing and selling jeans. In 1985, at just 33 years old, he bought a struggling retail chain called Jean Jeanie for $78,000. Six months later he sold it for more than $3 million. 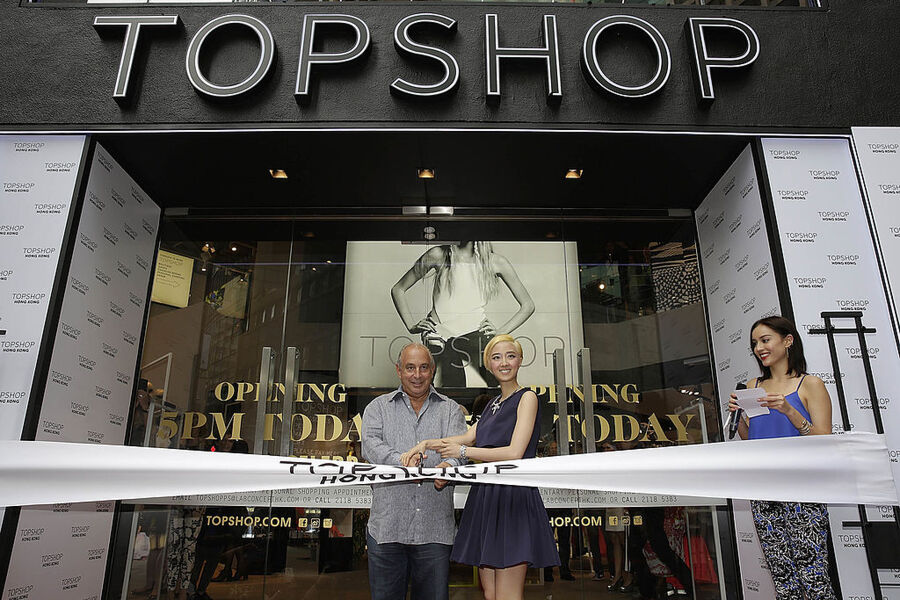 Fifteen years later, Green bought the department store BHS for $247 million. In 2002, he bought the Arcadia Group, which included Topshop/Topman, Miss Selfridge, Dorothy Perkins, Burton, and Evans and Wallis. By 2005, Green and his wife Tina took a $2.1 billion dividend from Arcadia, which was the biggest paycheck in history in the U.K. By 2016, the Greens had a net worth near $6 billion. He was hobnobbing with Beyoncé and model Cara Delavigne. His 60th birthday party was attended by the likes of Leonardo DiCaprio and Stevie Wonder. He was awarded a knighthood in 2006 by then Prime Minister Tony Blair for his "services to retail."

Fast forward to 2019, and Green's once thriving retail empire is crumbling amid slowing sales and allegations of sexual misconduct. Over the last three years, Philip and Christina Green have lost $3.38 billion, with $1 billion of that in 2019, alone. Revenues for his Arcadia group are way down as customers abandon stale brands for low cost online fashion offerings. His retail empire was awfully close to collapse in June but then landlords for 570 of his stand alone stores in the UK approved a deal to keep the stores open. Christina Green offered to pick up the rent reduction shortfall of $11.7 million per year for three years.

The once jewel in the crown of the Greens' retail empire is Topshop/Topman. For years, it was the one stop shop for UK teens and young adults. In 2007, Arcadia's profits were $490 million. In 2012, Green sold a 25% stake to Topshop to the American private equity firm Leonard Green and Partners for $805 million. That valued the retail chain at more than $3 billion and fueled Topshop's expansion into to the U.S.

Now, the chain's failure is in large part due to Topshop's lack of an online presence. In April 2019 Green paid $1 to buy back the 25% share he had sold to Leonard Green seven years earlier. Topshop had dropped from a valuation of $3 billion to essentially $0. In June 2019, Lloyd's Bank sold their 7.6% stake in Arcadia back to Green for $1.24. It goes without saying that investors aren't excited about a company that hasn't invested in its stores, online offerings, and brands in an era when more and more of its customer base shops online.

Over the last few weeks, Topshop/Arcadia have also lost its COO David Shepherd and its restructuring expert Jamie Drummond Smith. Philip and Christina Green are without the expertise they need to get through the hard times ahead for Topshop. It seems to be just a matter of time before Topshop and the other brands in the Arcadia group declare bankruptcy.