By Amy Lamare on September 20, 2017 in Articles › Billionaire News

Where would we be today without the venture capitalists that back our favorite tech companies? Think about it, without these tech investors, we might not have Facebook, or Snap, or PayPal, or Square, or Uber, or AirBnb, or… well, we could go on practically forever, but you get the point. Silicon Valley's venture capitalists make innovation possible. To become one of the top tech investors takes a lot of work and a bit of luck. After all, for every Uber or AirBnb, the landscape is littered with massive failures like Juicero. Jucicero attracted $134 million in funding for its $699 Wi-Fi connected juicer and lost $4 million a month. The company recently folded despite being backed by such high profile investors as Google Ventures and Kleiner Perkins Caufield & Byers. Tech investing takes nerves of steel, a certain amount of knowledge on the product side, and of course cold, hard cash.

The following nine men and one woman have made it to the top of the mountain when it comes to tech investing. They have backed some of the most cutting-edge companies out there. 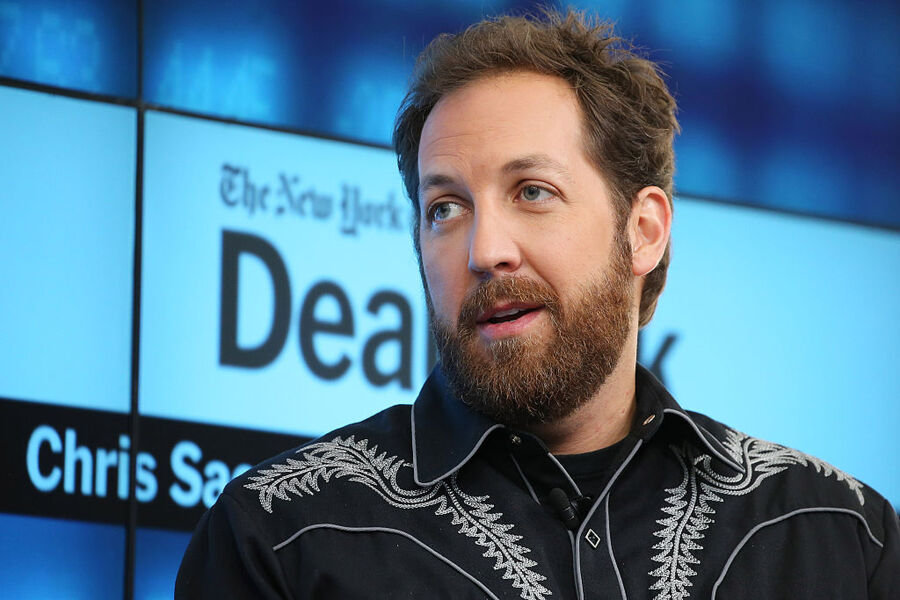 Jim Breyer was an early backer of Facebook. He spent 28 years at Accel Partners. He's got his own firm now, Breyer Capital, where he focuses mainly on companies that work on using artificial intelligence to transform industries. He has also invested heavily in Chinese companies over the last 12 years. That paid off last year when Legendary Pictures was purchased for $3.5 billion by Dalian Wanda. He was on Legendary's board. He has invested in more than 40 companies that have had successful IPOs or mergers including Etsy, Marvel Entertainment, and Legendary.

Doug Leone is Sequoia Capitals managing partner. He personally brought Sequoia into deal with Rackspace, ServiceNow, RingCentral, and Medallia. He has been Sequoia's managing director since the mid-1990s. He began his career in tech at Sun Microsystems.

This is Carl Gordon's first time on the top 10 list. He specializes in pharmaceutical companies. He was instrumental in the $7 billion December 2015 acquisition of Acerta by AstraZeneca. He also helped Aragon Pharmaceuticals get acquired by Johnson & Johnson in 2013.

Bill Gurley is a partner at the venerable venture capital firm Benchmark. In fact, he is the longest serving active partner at the firm. He is best known for his Series A investment in Uber in 2011. He sits on Uber's board and Benchmark's investment in the company is now worth many billions. Gurley also works with NextDoor, Stitch Fix, HackerOne, and Vessel.

Mary Meeker makes the list due to her savvy bets on Square, Spotify, Facebook, AirBnb, Houzz, and Chinese commerce site JD.com. She is a former managing director of Morgan Stanley and now leads the digital growth equity team at Kleiner Perkins Caufield & Byers. Other investments she has made include Instacart, Twitter, Slack, LegalZoom, and Stance.

Brian Singerman's latest big win came when AbbieVie acquired stem cell-targeting cancer treatment company Stemcentrx in April 2016 for $10.2 billion. He was responsible for getting his firm, Founders Fund, to invest $300 million in the company. Founders Fund will see around $1.4 billion from that deal. Singerman also invested in Oculus VR, which was acquired for $2 billion in July 2014 by Facebook. He also has Airbnb, AltSchool, and Emerald Therapeutics in his active portfolio.

Steve Anderson has an impressive portfolio that includes early investments in Instagram, Stitch Fix, Heroku, Social Finance, and Machine Zone. He is often one of the first investors in a company. He supported Kevin Systrom's desire to move away from the app he was building called Burbn in favor of something new. That something new was, of course, Instagram. Anderson was also one of the first investors in Stitch Fix. Anderson is on his own now, but was formerly with Kleiner Perkins Caufield & Byers. These days he is interested in companies dealing in robotics and AI.

Peter Fenton is one of Benchmark's five partners and he made headlines in April when Twitter revealed that he'd be stepping down from the company's board, a position he'd held for a very long time. Fenton backed Twitter's Series C round of funding in 2009 and over the years has grown his stake in the social media company to 6.6%. Other notable deals for Fenton include Zendesk's IPO in 2014 and Yelp's in 2011.

Chris Sacca has taken a step back from active startup investments through his firm Lowercase Capital. That doesn't mean he isn't busy. He's become a regular on "Shark Tank." Sacca is well known for his early investments in Uber and Twitter. Recently he's become a political activist investing in funds run by women and people of color.

Jim Goetz gets the top spot on this list thanks in part for being WhatsApp's sole investor at the time it sold to Facebook in 2015 for $22 billion. He turned a $60 million investment by Sequoia into more than $3 billion in Facebook stock. That is the kind of deal that makes a venture capitalist a legend. Goetz is on the board of all five of his billion dollar plus public companies. He stepped down from his position at Sequoia in January but will retain his board seats.