Tom Ford Is The World's Newest Billionaire After Selling His Brand To Estée Lauder For $2.8 Billion

By Brian Warner on November 17, 2022 in Articles › Billionaire News

Forget the Dos Equis guy, Tom Ford may actually be the most interesting man in the world. After dropping out of college, Tom became a commercial actor. He was very successful, very quickly. At one point in the 1980s, TWELVE of Tom's commercials for various brands were airing nationally at one time. At some point he went back to school to study architecture but ended up getting sidetracked into the world of fashion.

Tom soon found himself designing for brands such as Cathy Hardwick and then Perry Ellis.

In 1990 he was hired-away by Gucci to be their head of women's fashion. As impressive as that may sound today, Gucci was in the gutter in 1990. It was not a dream job for a hot, young designer. But it was an amazing growth opportunity. And grow is exactly what Tom Ford did over the next 15 years at the venerated label. He eventually became the fashion house's Creative Director as he dragged the company from the brink of bankruptcy to a $10 billion market cap almost single-handedly.

Tom's tenure at Gucci came to an abrupt end in 2004 when he and the Gucci family clashed on the brand's future direction. Tom was out. So what does the world's most in-demand fashion designer do at this point? Does he sign a massive contract to go work for a rival fashion house?

He launches a film production company and begins writing screenplays.

In 2009, "A Single Man," which Tom wrote, directed and produced, was released with Colin Firth and Julianne Moore in the co-starring roles. In 2015 he directed, wrote and produced "Nocturnal Animals," which starred Amy Adams and Jake Gyllenhaal.

He wasn't out of the fashion game for long. In 2006 he launched his eponymous brand, Tom Ford. 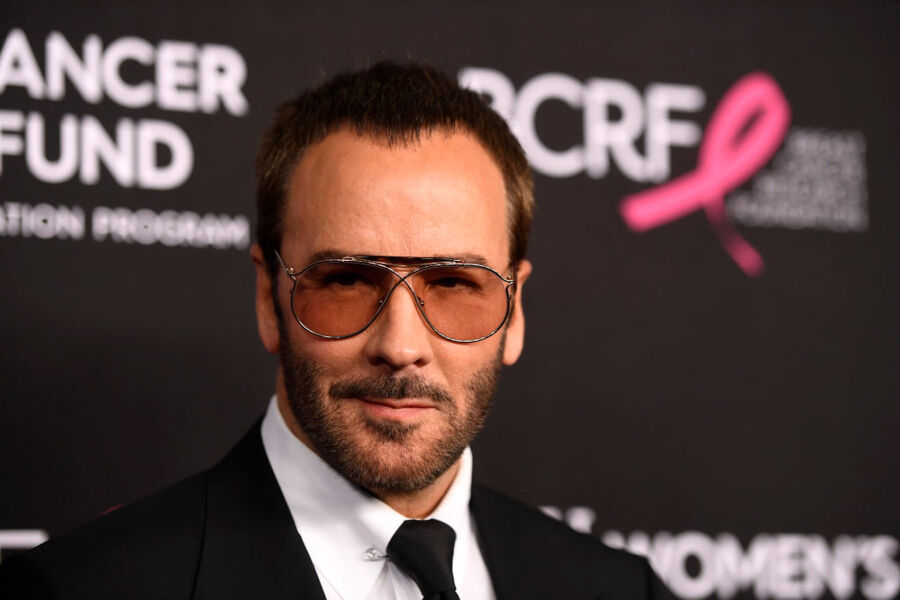 Hollywood movies and song namechecks aside, Tom's primary business continued to be his brand.

In the most recent 12 months, Tom Ford generated $1 billion in revenue selling everything from eye wear, clothes and makeup to fragrance, accessories and more.

Assuming an industry standard 20% margin, Tom Ford generated around $200 million per year in profit, the vast majority of which went to Tom personally.

So up to this point in the story, Tom has been an actor, designer, writer, producer, director, entrepreneur… and thanks to a deal that was just confirmed on Wednesday morning, he's now officially a…

On Wednesday morning it was confirmed that Estée Lauder was buying Tom Ford for $2.8 billion. Estée Lauder will be paying for the transaction with a mix of cash, deferred payments and debt assumption.

After taxes, and on top of his previous $500 million net worth, Tom Ford will net out with a net worth of $2 billion, by our estimation.

Tom is just 61 years old, so he presumably has at least two decades left to kill in what has already been an incredible career and life. What's he going to do next? Go to med school? Launch a tech startup? Maybe he'll just retire and finally relax at his $40 million Holmby Hills mansion (located across the street from the former Playboy mansion) or his four-story $20 million Manhattan townhome. Whatever he decides, I'm sure he'll be very successful, very quickly.