To Pay Off A Massive Inheritance Tax Bill, The Billionaire Samsung Family May Liquidate An Incredible Art Collection

The billionaire family that owns Samsung is facing an absolutely stunning inheritance tax bill. One of the largest estate-tax bills in world history. The moment family scion (and South Korea's richest citizen) Lee Kun-hee died in October 2020, an enormous tax bill became inevitable and unavoidable. Now, the Lee family has until the end of April 2021 (just a few more days) to reveal how they plan to pay off their $10.6 BILLION inheritance tax bill. For perspective, that's three times the total amount South Korea collected in 2020 from estate taxes.

One very viable idea to pay down part of the bill? Liquidate the family's incredible art collection.

But there's a catch! Thanks to a South Korean law, the family might only sell works by foreign artists to satisfy the debt. Works by South Korean artists may be un-sellable as designated national treasures. 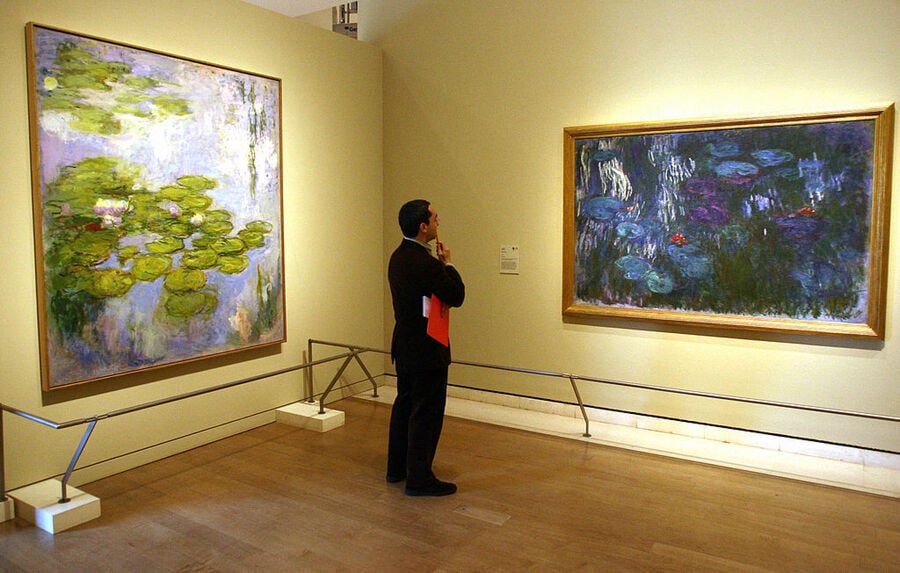 The Richest Family In South Korea

Lee Kun-hee was the richest person in South Korea when he died last October. His $20 billion net worth at the time of his death was made up largely of Samsung shares, the art collection and a vast real estate portfolio. South Korea has a 50% estate tax. Hence the $10.6 billion tax bill.

Back in 2014, Kun-hee's son Lee Jae-Yong took over at Samsung after his father suffered a heart attack. Jae-Yong's time as leader of Samsung has been rocky to say the least. He was arrested for bribery in February 2017 and eventually served a full year in prison. He allegedly helped facilitate roughly $40 million worth of bribes to South Korea's former President Park Geun-hye. He was sentenced to five years and prosecutors had been seeking 12 years, so it could have been a lot worse.

And actually, it got worse. In January 2021 Lee Jae-Yon was sentenced to 30 months in prison. At the time of his re-arrest he was the richest person in South Korea. He's expected to be released in July 2022.

The Lee family has been building their impressive art collection over several decades. The collection can be traced back to Lee Kun-hee's father, Lee Byung-chull, the founder of Samsung. As he became wealthy, Lee Byung-chull began collecting a large number of ancient Korean artwork.

In the 1980s Byung-chull donated his collection to a museum named in his own honor.

The estimated value of the entire collection is $2.7 billion.

Not quite $10 billion, but enough to make a meaningful dent in the tax bill…. except there's a catch…

All pieces by Korean artists can not be sold because they have been designated as national treasures.

That obviously won't stop the family from selling the Monet, the Basquiat and the Picasso.

Once a payment plan has been submitted and approved, the Lee family will have five years to pay off their massive inheritance tax.