By Amy Lamare on November 2, 2018 in Articles › Billionaire News

Can you imagine coming up with an idea for a new product – say a vodka – knowing you'll be facing stiff competition from big brands like Grey Goose, Absolut, Smirnoff, Stoli, and Skyy? Those brands are owned by huge conglomerations with unlimited checkbooks. These big names will stop at nothing to squash an upstart business that threatens to cut into profits. Despite these grave odds, this is exactly what Bert "Tito" Beveridge did when he began distilling his own brand of vodka in his Austin, Texas home. Within a few years, Beveridge and his Tito's Handmade Vodka took on the "big boys" in a competition with big name brands like Ketel One, Belvedere, and Chopin. Guess which vodka the judges unanimously picked as the hands down best? Thanks to early successes like this, Bert Beveridge and Tito's Handmade Vodka have suddenly found themselves on top of the vodka world. But how exactly does someone launch a vodka business from scratch in your kitchen that competes with some of the biggest brands in the world???

Bert Butler Beveridge II, also known as Tito, was born in San Antonio, Texas in 1961. Growing up, his dream was to someday become a doctor. Tito was a whiz in all things science related and enrolled in college as a pre-med major. Like many people, Tito's focus changed during college and he ended up with a degree from the University of Texas, where he majored in geology, geophysics and rowdiness. While in college, Beveridge was a good time guy – racking up arrests for a DUI, assault, and exposure by the time he graduated in 1984. All charges against him were dismissed as college folly gone wrong (aided by alcohol, no doubt). 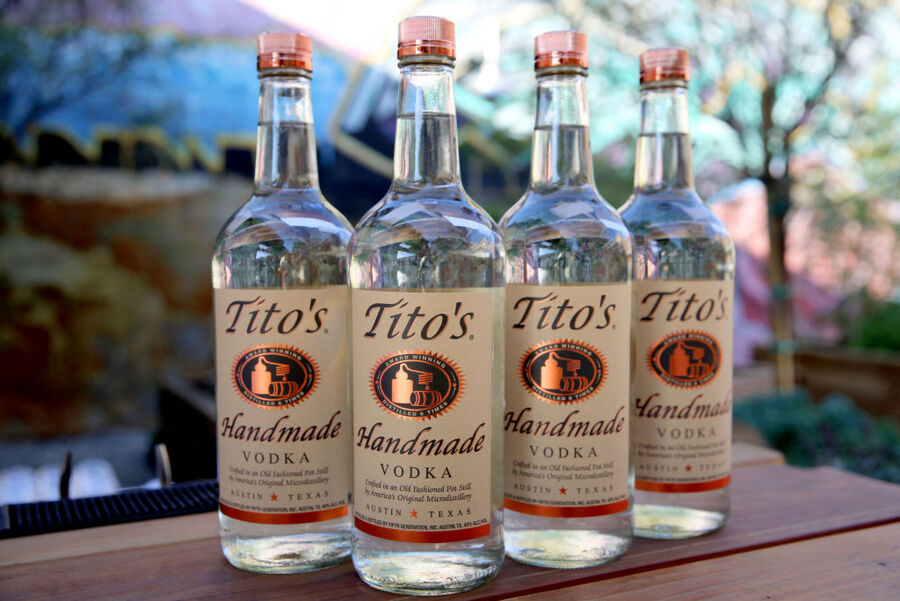 After graduation he moved to Houston to go to work for a major oil company as a seismic data processor. It was the mid-1980s and the Texas oil industry was experiencing an unprecedented period of growth. Texas-based oil companies were expanding all over the world and Tito jumped on that bandwagon, heading to Venezuela and Columbia to apply his geophysicist skills. While he was in South America, Beveridge found himself with a lot of time on his hands, so he picked wild fruits, fermented them, and concocted something that resembled wine.

After a few years in South America, Tito returned to Texas and settled in a town near Houston called Alvin, Texas. He became a wildcatter—an independent oilman—and started his own drilling company. He was making a good living, but didn't love what he was doing anymore, so he packed it all up and moved to Austin, where he worked for a time as an environmental engineer on projects related to the oil business. Eventually, Bert realized he had had enough of the oil business for good and became a mortgage broker. Well, you can imagine that after years spent as a geophysicist essentially blowing up mountains, moving around paperwork as a mortgage broker would soon become boring.

It was the early 1990s and Tito was at a crossroads. He was wondering what made him happy and what he was going to do with the rest of his life. As a hobby, he'd been making small batches of habanero flavored vodka for his friends by infusing store bought vodka with the spicy pepper. Everyone loved it and encouraged him to make it commercially. Tito bounced that idea around in his head for a few days. He did love vodka and very much enjoyed the process of infusing special batches for his friends. Then, late one night on TV he saw an infomercial featuring a motivational speaker who said something that changed Bert's life forever:

"If you want to find your dream job, find your passion. Then sit down with a pen and paper, draw a line down the middle of the page, and on the left make a list everything you love to do, then on the right, write down what you are good at doing. Once you've done that, find what you're best suited for, and make it happen."

Tito sat down with a pen and paper in the middle of the night after he'd just gotten home from a keg party and did the exercise. When he finished, Tito realized three things:

Tito's Handmade Vodka was born in the middle of the night in a moment of drunken inspiration encouraged by an infomercial.

Tito took a trip to his local liquor store to discuss the viability of starting his own vodka distillery. The owner thought that it could be done even though it hadn't been done before. He offered Beveridge one bit of very important advice: If he could make a really smooth vodka that women would drink straight, he might be successful. Beveridge went immediately out to figure out how to get into the spirits business, specifically the vodka business. Why vodka? Besides the advice of the liquor store owner, it was Tito's drink of choice, and, he also figured it was a pretty great way to meet girls and write off his bar tab. Smart man.

It was 1993 and there was not a single distillery in the state of Texas at the time. When Beveridge went to the Texas Alcoholic Beverage Commission (TABC) to apply for a license, he was turned away. He was told the laws of Texas strictly forbade distilleries. That didn't stop Tito. He was used to reading and interpreting state codes from his geologist days, so he went digging, and found out there wasn't any specific law in Texas forbidding a distillery. When he went back to the TABC, they told him if he could manage to obtain a federal license, they'd grant him a state license.

Starting a vodka business was a huge risk. The liquor industry is lined with thousands of formerly upstart vodka brands that have gone out of business. Vodka is the most competitive part of the liquor market, accounting for nearly a third of the United States' distilled spirits consumption.

It took Beveridge two years to get a federal license but when he did, the TABC was duly impressed and issued him the very first license to distill in the state of Texas. Now all Tito had to do was figure out how to actually make the vodka and finance all the equipment he'd need. 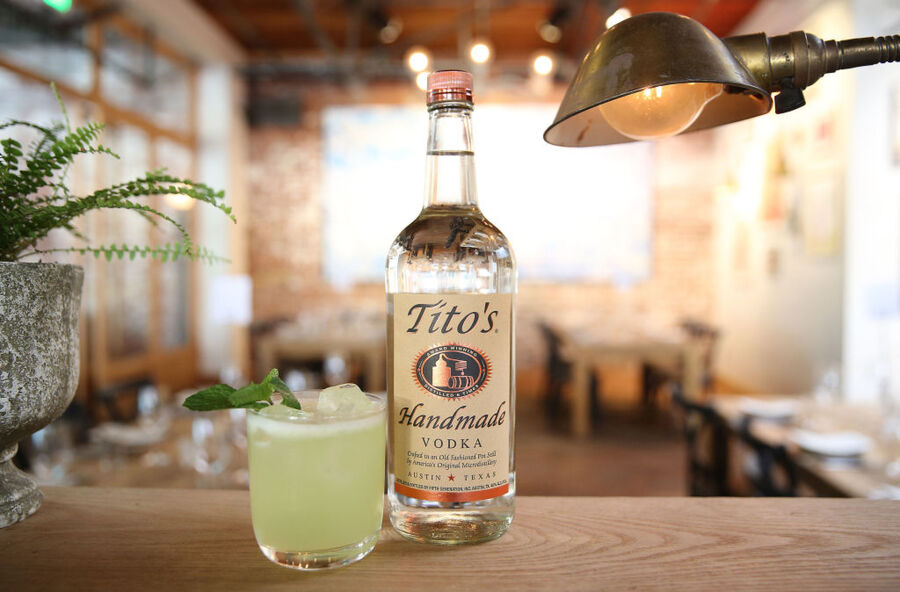 First he spent time visiting bourbon distilleries and watching their process. A guy from Jim Beam gave Tito a lot of tips on "micro" distilling. Beveridge went home, built a pot still from scratch and began honing the recipe for Tito's Handmade Vodka. He experimented with different grains until he chose corn for his vodka. He was now ready to mount a larger operation but would need the equipment for it.

Beveridge began taking his business plan to banks. He was turned down again and again. So he turned to private funding and again had no luck. Instead of giving up, this made him more determined than ever. If you remember the mid-1990s, you may remember how easy it was to get a credit card. The same banks that turned Tito down for a business loan were more than happy to issue him a credit card. Tito Beveridge signed up for 19 different credit cards to finance his business, at one point running up $90,000 in charges. Faced with the huge debt, the mounting pressure that he'd default on the debt and be ruined for life, and the fact that his girlfriend was pregnant… drove Tito to ensure his burgeoning business was a success.

He sold his first case of vodka in 1997. Tito was a one-man operation, making the vodka, bottling it, and loading it by hand onto a truck. His credit cards were maxed out and he was in the game of transferring the balance from one card to the next to free up some of his credit limit. He didn't make a single penny in profit for eight years.

Tito's Handmade Vodka got some positive reviews in those early days from critics. The head of the cocktail program at The Bellagio Hotel in Las Vegas caught wind of those reviews in 1998. He tried it, liked it, and invited Beveridge to come to Vegas and do a tasting presentation for his staff. The Bellagio became one of Tito Beveridge's first and most important accounts. Since then he's expanded and is now sold in all 50 states. That competition we mentioned in the opening paragraph was the 2001 San Francisco World Sprits Competition. Bert and Tito's walked away with the competition's coveted top prize, the Double Gold Medal.Tito believes this was his vodka's tipping point—the market opened exponentially after that win.

Tito's Vodka is no longer made in the shack behind his house with that original still he built, nor is it the one-man operation is was in the early days. Nowadays the "micro" distillery is a bit larger. Tito's moved into an actual distillery with a custom-made 12,000 gallon still in the Austin area. Tito's Handmade Vodka has built a brand over the past 19-years without the benefit of a large advertising push. Tito's has succeeded in equal parts because of its taste and the renegade story of Tito Beveridge himself.

Tito still works the distillery every day, testing batches of vodka and managing the business. In retrospect, it's lucky that Tito never found an investor in those early days. All these years later, Bert still retains 100% ownership of Tito's Handmade Vodka, which sold more than 45 million bottles of vodka in 2016. It is estimated that 63 million bottles sold in 2017. Based on the company's current valuation, Bert Beveridge's net worth is $4 billion.

All this from a former oil rig roughneck who started off infusing store bought vodkas with flavors for his friends.