By Brian Warner on August 10, 2020 in Articles › Billionaire News

It's hard to believe that it's been almost a decade since Tim Cook was officially named CEO of Apple. For those who don't remember that far back, Tim had actually served as temporary CEO a few times when Steve Jobs took leaves of absence for medical treatment. He was officially confirmed as permanent CEO in 2011. He has been with the company since 1998. Prior to becoming CEO, he was Apple's Senior Vice President of Worldwide Operations.

A lot of people were skeptical of Tim and Apple in general without Steve Jobs (who died in October of 2011, three months after Tim was named CEO). Most of the outside world had never heard of Tim Cook. We knew Steve Jobs. He was the genius who saved Apple from the brink of bankruptcy. He was the genius who led the company from innovation to innovation. From iTunes to the iPod to the iPhone to the iPad. Under Jobs' reign, Apple rose to a blistering $350 billion market cap.

So how did Tim end up performing?

Below is a chart of Apple's stock performance. I added a red arrow to point out the day Tim became CEO: 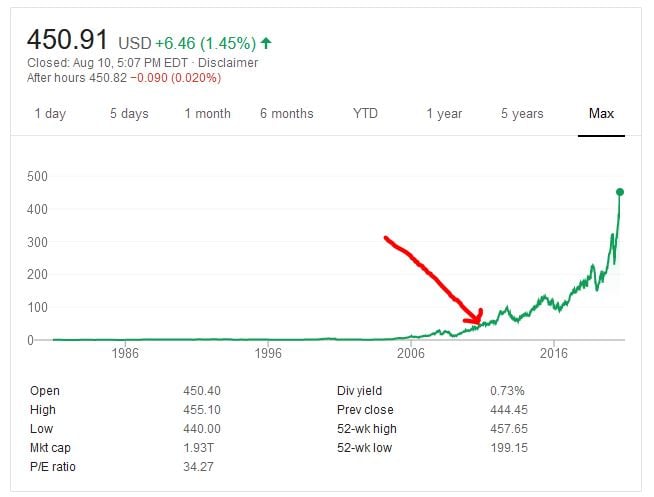 And while you're looking at the chart above, check out the number listed next to "Mkt cap" in the bottom left. Do you see "Mkt cap $1.93T"? 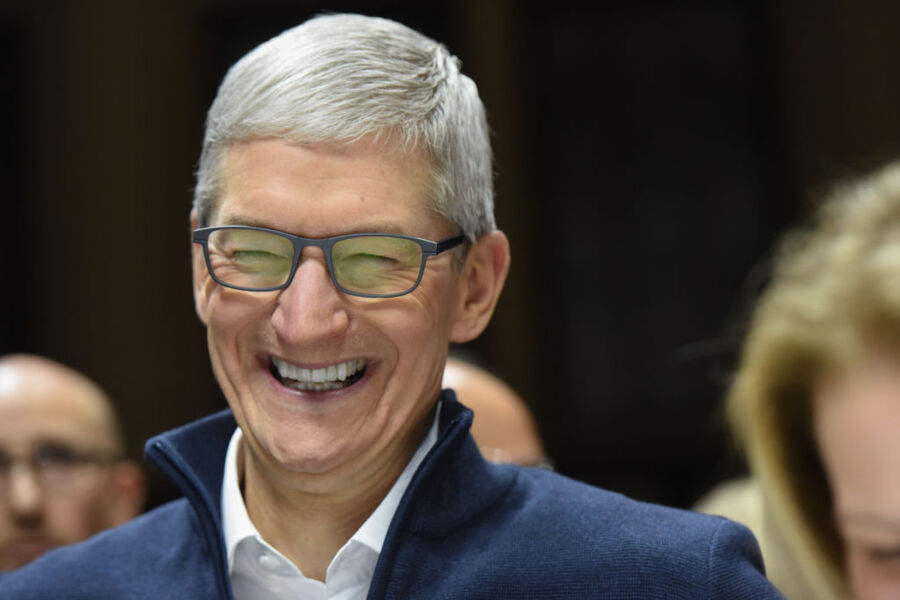 On the day Tim was named CEO permanent CEO of Apple, he was given an extremely lucrative pay package. The most lucrative aspect of that package are equity grants. Those grants vested in annual installments over 9 years (we're in the ninth year right now). A big portion of these grants are performance-based. He only receives this portion in years where Apple's stock out-performs 2/3 of S&P 500 companies. This month is the last month in the nine year installment plan.

Tim has hit every single milestone.

As of this writing, Tim is the second-largest individual shareholder of Apple. Cook owns 847,969 fully-vested shares of Apple. He likely received roughly twice as many actual shares along the way because he has been forced to sell shares to cover taxes at the moment of each grant. As of this writing, those roughly 850,000 shares are worth $380 million.

Tim will receive his ninth and largest grant later this month. This grant will shower him with 560,000 new shares, worth $250 million at $450 per share. After covering taxes, he'll have $125 million.

According to analysis from Bloomberg, Tim has earned at least $650 million in other compensation from salary, bonuses and previous sales since joining Apple in 1998.

When you add it all up, it's very safe to presume that Tim Cook's net worth will officially cross into billionaire status the moment that 560,000 share grant happens some time this month.

Not only is Tim about to join the three comma billionaire club, he'll also join a very exclusive club of people who have become billionaires as employees, not founders, of a company. Think about that accomplishment. 99.999% of other billionaires in the world are either founders of companies or heirs of people who founded companies. To start as a regular old employee (in 1998 in Tim's case), and work your way up to a $1,000,000,000 net worth is nothing short of extraordinary.

Off the top of my head, Jamie Dimon of JP Morgan and Lloyd Blankfein of Goldman Sachs are the only other employee billionaires I can think of. There might be others, but it is an extremely small club.