By Brian Warner on August 27, 2021 in Articles › Billionaire News

Ten years ago this week, Tim Cook was named CEO of Apple. Before joining Apple in 1998, Tim spent 12 years at IBM steadily climbing the corporate ladder at their research facility in North Carolina becoming a master of the technology manufacturing process. After putting in his time at IBM, in 1994 Tim finally landed that next-level career opportunity. In 1994 Tim was poached by a Denver-based company called Intelligent Electronics. His new job came with a signing bonus, equity and a base salary of $250,000.

In 1998 Intelligent Electronics was acquired by General Electric. Tim did not stick around after the acquisition. In October of 1997, Tim was hired to be Vice President for corporate materials at Compaq.

A few months into his time at Compaq, Tim met Steve Jobs. At the time Apple was circling the drain. Apple's annual revenue at this point was around $6 billion, which was a 50% drop from a few years earlier. The company was literally one bad product release away bankruptcy.

Compaq, on the other hand, was a stable, blue-chip tech powerhouse at the peak of its success.

Against all common sense, on March 11, 1998 – just SIX months after accepting the Compaq job- Tim became Apple's Vice President for worldwide operations. He was personally recruited away from Compaq by Jobs. The Apple position came with a $500,000 signing bonus and a $400,000 base salary. 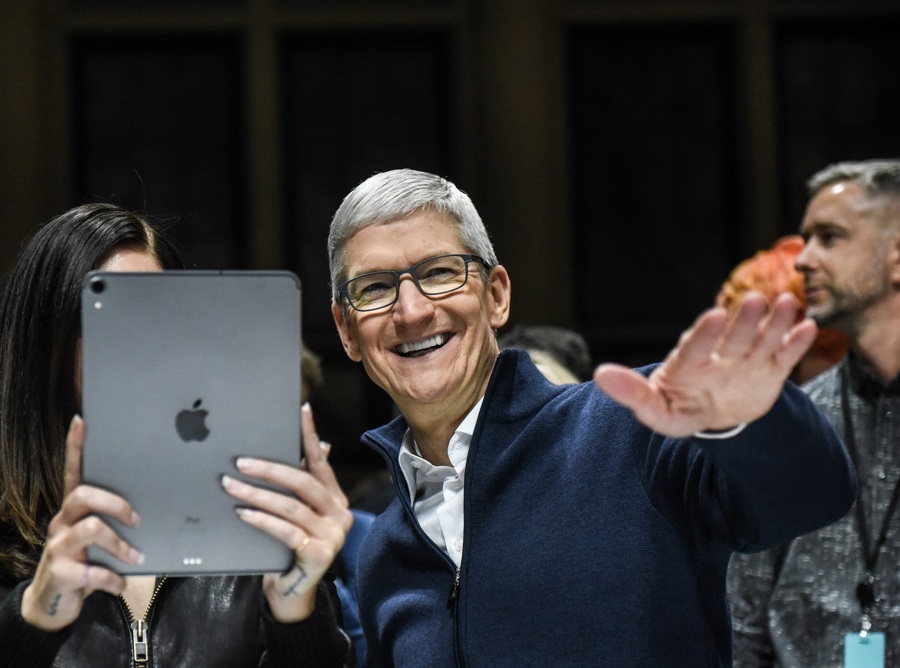 In his first decade at Apple, Tim quietly rose the ranks while overseeing the company's manufacturing and material processes. Those processes became extremely important as Apple went on a product development boom. The iPod. The iPhone. The iPad. All the computers. Apple TV. Basically all of your gadgets.

In 2009 Tim temporarily served as CEO for the first time while Jobs was on medical leave.

Tim was officially anointed as permanent CEO on August 24, 2011. Steve Jobs died six weeks later, on October 5, 2011, from complications due to pancreatic cancer.

Apple's peak market cap under Steve Jobs' reign was $350 billion. Younger readers may find this hard to believe, but A LOT of people thought Apple would not survive without Steve Jobs. I remember finance publications at the time telling people to sell their shares because the party was over. Elvis had left the building.

When Tim Cook was hired to be Apple's CEO 10 years ago, his base salary was boosted from $500,000 to $900,000. More importantly, he was given a 10-year stock compensation plan. Tim's equity plan came with 10 stock grants. He received the first stock grant upfront so there would be 9 more annual grants. Each grant vested on August 24, the anniversary of the day he became CEO.

Some of the equity he received was given just for showing up. In other words, the stock price could tank and he would still get some shares. But obviously his time as CEO wouldn't last very long if the stock tanked. The vast majority of Tim's potential equity was performance based.

Here's how those grants worked: Every three years, Tim could receive a HUGE chunk of shares if Apple's stock price out-performed 2/3rds of S&P 500 over the previous three years.

Below is a chart of Apple's stock price performance. I put an arrow at the point when Tim took over/Steve Jobs died. 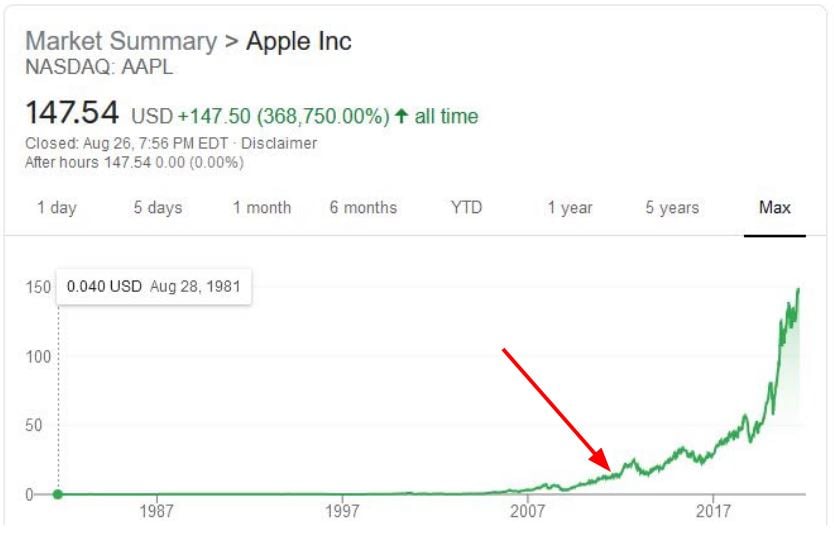 Remember earlier in the article when we said in 1998 Apple generated $6 billion? And remember when we said that Apple's peak market cap under Steve Jobs was $350 billion?

Let's say you had a little bit of money back in 2011 and wanted to take a chance on this no-name executive Tim Cook. If you had bought $100,000 worth of Apple stock on the day Tim Cook became CEO, today you would have $1.3 million. Actually you'd have a little more than that thanks to Apple's generous quarterly dividends.

On Wednesday of this week, Apple confirmed through an SEC filing that Tim had been paid his 10th and final equity tranche AND he hit the final 3-year S&P milestone. As a result, Tim was awarded 5 million shares of apple. Technically 5,040,000 shares.

At the August 24 closing price (the day the shares were granted) of $149.62, those 5 million shares were worth…

And if you've ever wanted to know what it looks like when a public corporation gives you three quarters of a billion dollars, here's the incredibly bland SEC filing that made it official:

With this grant, combined with his previous salaries and grants, Tim Cook's net worth today stands at $1.5 billion. Tim is the company's second-largest individual shareholder. He owns roughly 0.02% of the company.

Tim is one of just a handful of people who have achieved billionaire status as an employee of a company. Other billionaire employees include JP Morgan's Jamie Dimon, Facebook's Sheryl Sandberg and Goldman Sachs' Lloyd Blankfein.

Google CEO Sundar Pichai will almost certainly become a billionaire. We currently peg his net worth at $600 million. He owns around $275 million worth of vested Google shares and has a ton of unvested shares on the way in the coming years.