Three successful, fairly eccentric billionaires, and three different space exploration companies were created so that they can live out their childhood dreams of exploring outer space. It must be nice to be a billionaire, eh? SpaceX's Elon Musk, Blue Origin's Jeff Bezos, and the Virgin Galactic's Richard Branson all run their own private space companies in addition to their day jobs running Tesla, Amazon, and the Virgin Group. So, how are those three companies doing?

Elon Musk founded SpaceX in 2002. The company has made a name for itself by delivering satellites into space and supplies to the International Space Station. SpaceX's primary mission is to get people to Mars. Its secondary mission is to bring down the cost of spaceflight through the use of reusable rockets. Up until SpaceX, rockets were discarded after a single launch. Over the years, SpaceX has had two rockets explode. The first was in the summer of 2015. A rocket blew up in mid-air and destroyed NASA research materials that were on board. The second happened in the fall of 2016, when a rocket carrying a satellite for Facebook exploded on the launch pad. However, SpaceX had a significant win in late March, when it was able to launch a rocket that had been used previously, deliver a satellite into orbit, and then land it safely back on earth for a second time, proving its ability to reuse rockets again and again. SpaceX has successfully completed more than 30 space missions since its founding. The have contracts with NASA, and have landed a rocket nine times, with six of those times on a boat platform that is about the size of a football field. SpaceX has gone further into space than its private competitors, about 22,000 miles into orbit. 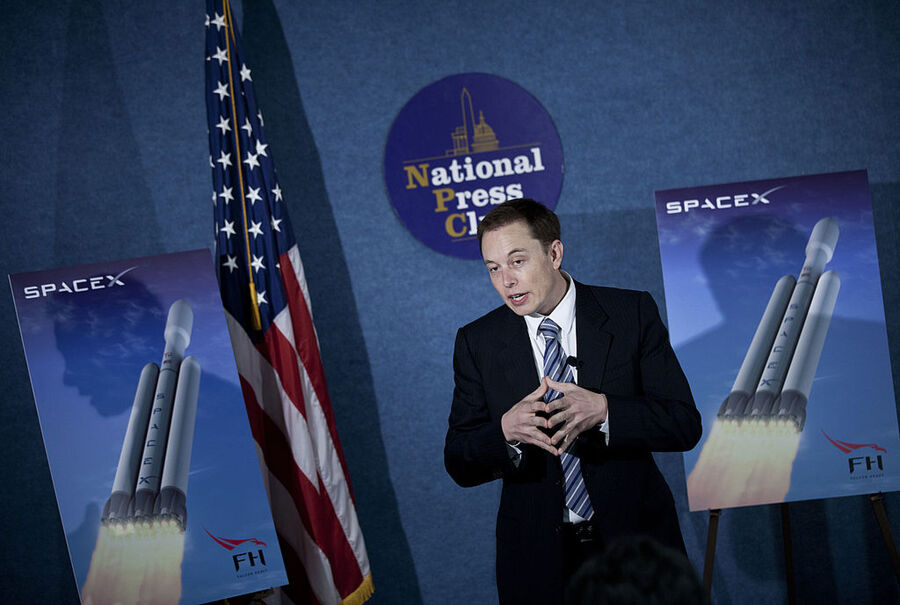 SpaceX has lofty goals. Musk plans to fly two space tourists to the moon in 2018. If this mission takes place, it will be the first time the company has even launched a mission with humans on board. SpaceX will make a journey to the moon in December to deliver a rover. SpaceX's ultimate goal, however, is not just to travel to Mars, but to colonize it.

Amazon founder Jeff Bezos founded his space exploration company Blue Origin in 2000. The company motto is "Gradatim Ferociter," which is Latin for "step by step, ferociously," which feels apropos for Bezos. Blue Origin also aims to bring the cost of space travel down by reusing rockets. For now though, the company is putting its focus on suborbital flights for tourists. Blue Origin has had success with its New Shepherd rocket. They've launched and landed it five times. However, these were all suborbital flights, that only went about 60 miles from the surface of the Earth. While Blue Origin landed a rocket successfully before SpaceX did, Musk's company undertakes more difficult missions that go into orbital space.

Bezos is hoping to launch the space tourism arm of Blue Origin in 2017. The company is also developing a new rocket called the New Glenn that is believed to be powerful enough to complete more difficult missions, such as carrying satellites and payloads into orbit.

Sir Richard Branson founded Virgin Galactic in 2004 with the aim of taking tourists into space. The company has developed a reusable space plane, called SpaceShipTwo. This place takes flight much like a commercial airplane, just a lot faster – at 2,500 mph. Virgin Galactic's mission is to take the plane about 10 miles above the Earth where it will then release a spaceship carrying passengers. That spaceship will go about 60 miles from Earth before returning. If you'd like to be a part of this mission, a ticket will set you back $250,000 and your fellow passengers will include Ashton Kutcher and Justin Bieber. There's only one problem—Virgin Galactic has not yet pulled off a successful test flight that has gone more than 13 miles above the Earth. Additionally, in 2014, a spaceship from the company on a test mission exploded over California and killed the co-pilot. The company has been regrouping since that accident. The company only started flying test flights again last year. Virgin Galactic has not yet revealed when they expect to be open for space tourism business.