Producer and film executive Thomas Tull has been behind some of Hollywood's most legendary films in recent years. That's pretty convenient, since he is the founder and former CEO of Legendary Entertainment, the production company behind Inception, The Dark Knight, Hangover and its sequels, 300, 42, Jurassic World, and so on and so on. You can imagine having such a legend…wait for it.. any career in film would net him a healthy net worth. That would explain how he and his wife Alba Tull amassed an estate in Thousand Oaks, California that is about the size of a small village. They are now selling their more than 33 acre estate for $85 million. But more on that later.

Thomas Tull didn't take a likely path to becoming a billionaire producer and film executive. He isn't from Los Angeles. He isn't the son of a Hollywood scion. He didn't go to an Ivy League school or to USC or UCLA. Tull was born in Endwell, New York in June 1970. He grew up with his mom, who was a single mom and a dental hygienist. Tull played baseball and football when he was growing up and attended Hamilton College in New York. He graduated in 1992 and had plans to become an attorney but instead he started up a chain of laundromats. Eventually Tull went into finance and bought and sold several offices of tax firms and accountants. In the private equity world Tull became President of Convex Group and COO of Tax Services of America. It was there that he was introduced to the film industry as his firm invested in entertainment. He began to explore moving to film and it 2003 he quit Convex, raised $600 million in equity to finance movies, and established Legendary Pictures. In 2005, Legendary partnered with Warner Brothers to finance and produce films jointly. In 2009, Tull bought out the original investors in Legendary and became the company's majority shareholder. Legendary Entertainment was one of the first companies of its kind to pair major motion picture production with major Wall Street private equity and hedge fund investors 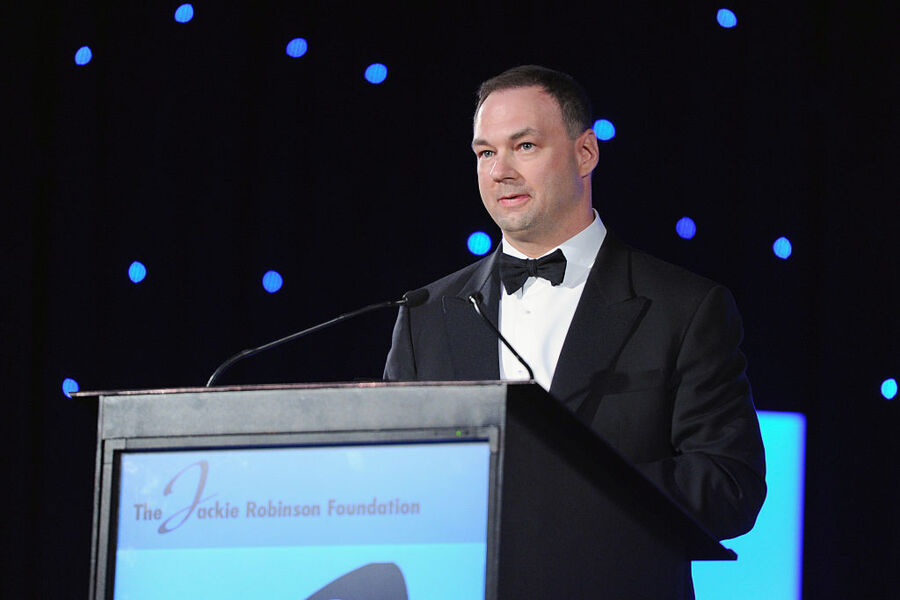 So that's how Thomas Tull was able to put together a hilltop compound in Thousand Oaks. About seven years ago he bought three separate lots on the same cul-de-sac, had the street privatized, and spent three years building his own Shangri-La. He bought another lot in order to have an organic farm to produce farm-to-table food, fruit and seafood for his family; separate ranch house, and greenhouse. The entire estate is made up of seven individual structures and a quarter acre lake.

The estate is centered around a sprawling mansion inspired by 18th century French chateaus. The estate features a winding cobblestone driveway, formal gardens, and stone bridges to go through and over in order to reach the mansion. The formal gardens were designed to look like Claude Monet's famous gardens at Giverny.

The main house has 32,000 square feet with a full-floor master suite, a chef's kitchen and a commercial prep kitchen, a grand dining room, library, wine vault with a temperature controlled room for 2,500 bottles, an 1,869 square foot museum of collectables, a Pittsburgh Steelers themed sports lounge (Tull is part owner of the team), and a gym. The estate also features a Dolby certified personal theatre with 18 reclining seats and a 20 foot wide screen.

The master suite is 5,000 square feet with two sitting rooms, two bathrooms, his and hers closets, and two terraces, one with a spa.

A pool house is situated behind the main swimming pool. A second infinity edge pool is located just off the 11,000 square foot guest house. The guest house also has its own guest house. Across the entire compound there was 12 bedrooms, 32 bathrooms, and more than 50,000 square feet of indoor living space.

Tull and his wife are selling the estate in order to relocate the family and his holding company, Tulco, to Pittsburgh. Tull considered Pittsburgh his adopted hometown. He has a number of business ties in the area including a minority ownership of the Pittsburgh Steelers and a sustainable organic farm called Rivendale Farms in Washington County, Pennsylvania.