This Entrepreneur Tried To Launch His Billion Dollar Business In The U.S. But Was Denied A Visa 8 Times

More than three decades ago, Eric Yuan heard Bill Gates give a speech about the internet. At that moment, he decided he wanted to be a part of it, and he wanted to do that in Silicon Valley. There was only one problem – the U.S. government denied the China born Yuan's visa application eight times. After two years of rejection, Yuan finally made his way to the U.S.. Today, he is the major shareholder in video conference services company Zoom Video Communications, Inc, which just raised $750 million in its IPO.

Eric Yuan, 49, is the son of mining engineers. He grew up in Shandon Province and earned his bachelor's and master's degrees in applied mathematics and computer science from Shandong University of Science and Technology. He moved to the U.S. in the mid-1990s. In 1997, he joined the team at WebEx, which was acquired in 2007 by Cisco for $3.2 billion and Yuan became the vice president of engineering. By 2010 he was frustrated there and begged his bosses to let him rebuild the video conferencing product. 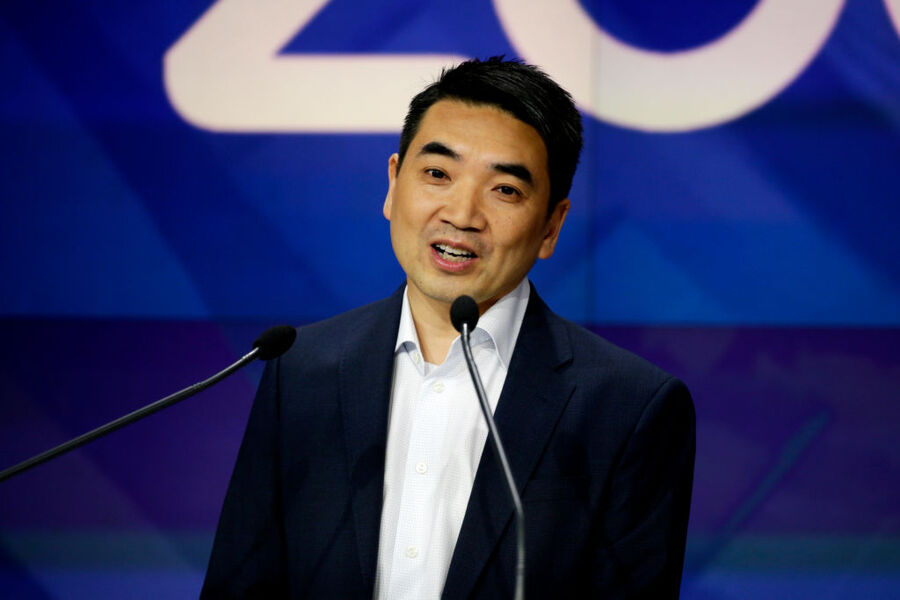 After a year of trying to change things, he quit. He wanted to create better technology for video communications and asked friends to write him $250,000 checks so he could launch this business with 30 engineers. He ended up raising $3 million and called his company Saasbee. Investors were still skeptical of the video conferencing idea, however. Microsoft owned Skype, Google had Hangouts, and Cisco was still the market share leader. Yuan's product would have to be flawlessly executed to cut through the competition.

Yuan and his team worked on Zoom for almost two years. Unlike Cisco's WebX, which could not figure out whether you were on a browser or mobile iOS or Android, which slowed down and overloaded the system, Yuan's Zoom could instantly figure out what kind of device the user was on. Zoom's now customer service chief Jim Mercer was working at GoToMeeting. A colleague opened a Zoom account to see what the competition was all about. With one click they were in, there were 25 other participants, and it was flawless.

At the IPO, Yuan sold $57 million worth of stock based on Zoom's IPO price of $36 a share. At the close of the first day of trading, Zoom's stocks closed at $62, valuing his stake at $3.2 billion.

Yuan had the idea for Zoom when he was traveling 10 hours to see his girlfriend (now wife) when they were in college. In an interview with venture capital firm GGV Capital, he said;

"Someday, if I can have a smart device and with just one click I can talk with you, can see you, that was my daydream, right?" And every day I thought about that."

The global video conferencing market is expected to grow by 8% a year through 2026 due, in large part, to the fact that a growing number of employees work from home. Zoom had a net income of $7.6 million on revenue of $331 million for the year ended January 2019.