By Joseph Gibson on January 6, 2023 in Articles › Billionaire News

As we all look back on the year that was 2022, you have probably already observed that many billionaires – Elon Musk chief among them – lost a significant amount of wealth over the course of the year. Most of the world's richest people either saw their wealth diminish or stagnate during the year, owing to various economic factors, and one of the only ultra-wealthy individuals to buck this trend naturally also gained the most wealth of any billionaire in 2022. That would be Gautam Adani of India, who saw his fortune grow by about $50 billion from the beginning of 2022 to the end.

Like most of the ultra-wealthy, much of Adani's wealth is tied up in the stock of his various companies. Those companies, which together form the conglomerate Adani Group, include Adani Enterprises, Adani Power, food company Adani Wilmar, and Adani Green Energy, all had a great year on the stock market, and Adani's own fortune has grown accordingly. 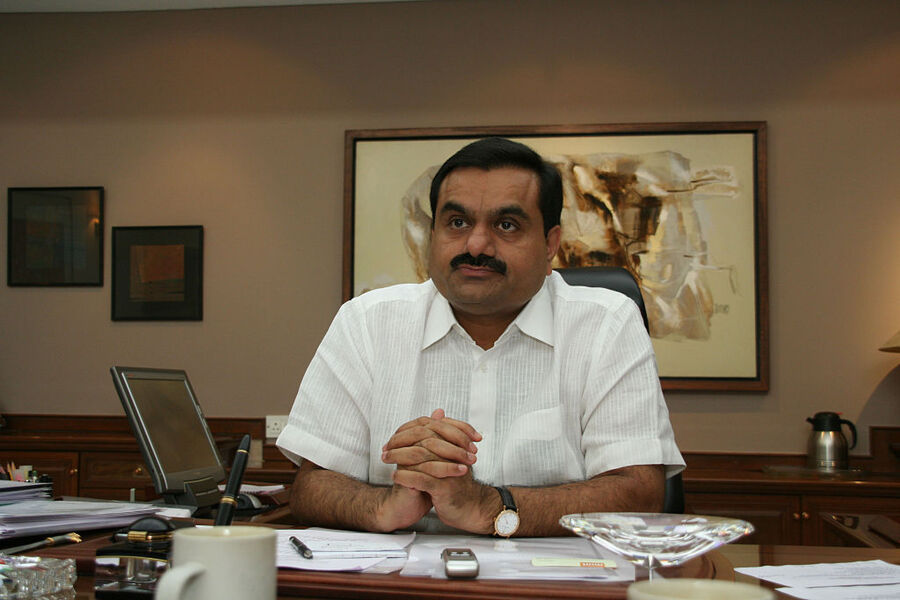 Adani has seen his fortune grow from around $7 billion almost a decade ago in 2014 to $126 billion at the beginning of 2023. Now, he is the third richest person on the planet, behind Bernard Arnault and Elon Musk. While the ups and downs of the world economy can be volatile and hard to pin down, if current trends continue it's not unthinkable that Adani could soon overtake Musk and be the second richest person on the planet (a title he's already held once for a brief time) – especially if Musk doesn't manage to reverse the decline of Tesla stock in the near future.

One obvious contrast between Adani and Musk is the former's low profile, particularly outside of India. He doesn't consider himself an attention-getter and in fact seeks to stay outside the limelight. As he said in an interview with Financial Times:

"Either you are [an] extrovert or introvert, and so I am an introvert in that sense…I'm not a social person that wants to go to parties."

But it isn't his introversion or reluctance to parties that Adani credits with his success in the business world. Instead, he tells FT it's his preference for simplicity and straightforwardness that has served as one of his chief assets:

"We calculate risk parameters very fast…I analyse in my own way, in very simple, no-jargon language. If somebody is talking in a very complicated way, I never like that."

Whatever Adani's business approach is, it seems to be working, and he had a better 2022, financially speaking, than anyone else in his strata of wealth.