They Can Bring Home The Bacon: The Wealthiest Self-Made Women In The World

These 10 women have shattered the proverbial glass ceiling and amassed self-made fortunes worth billions of dollars. They are among the richest self-made women in the world. They've built companies, founded new technologies, dominated the media, clothed millions of people, and earned their way into the male-dominated billionaires club. Their collective net worth is more than $40 billion. If success is measured by financial gain, these women are among a rarefied group of the most successful people on earth.

The rise of self-made female billionaires is the most dramatic in China, the country with the highest number of self-made billionaire women. The industry that is most common amongst the 10 women profiled in the U.S. is fashion, with three women heading up major retail fashion brands. These are 10 of the wealthiest self-made women in the world: 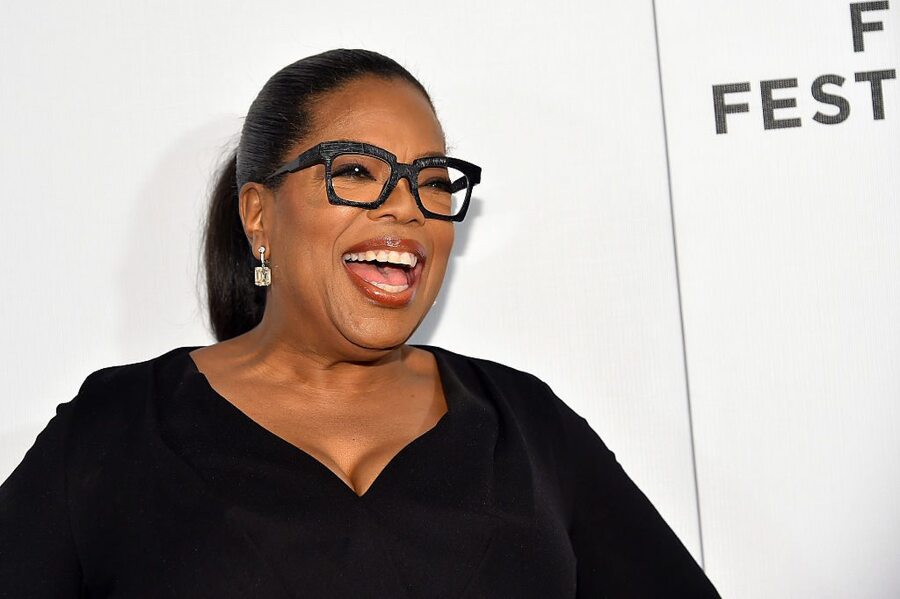 Pollyanna Chu was born in Hong Kong and moved to San Francisco with her family when she was a teenager. Chu and her husband got into real estate investment in California in the late 1970s. In 1992 the couple moved to Hong Kong to take advantage of the country's thriving stock market. The Chus founded Kingston Financial Group in 1993. Kingston specializes in IPOs and mergers and acquisitions.

Benetton is a fashion line known for its advertising and awesome sweaters. As a child of the 80s, those Benetton ads were everywhere, and the sweaters were a must have in prep school. Giuliana founded the Benetton Group in 1965 with her siblings Luciano, Carlo, and Gilberto. The company includes the iconic United Colors of Benetton and Sisley. The Benetton family's holding company, Edizione, has stakes in one of the world's largest toll-road companies, Atlantia; and Autogrill restaurants, a highway road stop and airport terminal staple around the world.

The Queen of all Media needs no introduction. Oprah's Harpo Productions produced her long-running eponymous talk show. She has a magazine, OWN, her fledgling cable network; and an acting career. The bulk of her wealth comes from the Oprah television show, which ended its run in 2011; and Harpo, which has a hand in daytime syndication, producing Dr. Phil, Rachel Rey and the Dr. Oz shows.

Doris Fisher founded the Gap in 1969 with her late husband when they could not find jeans that fit right. Originally a retail establishment for Levi's jeans and record stores, the Gap quickly expanded, dumped Levi's and put out their own brand of denim. There are now about 3,000 stores worldwide. The Gap also owns Banana Republic, Old Navy, Piperlime, and Athleta. Doris also has an extensive and valuable art collection, which will be permanently displayed in its own wing at the San Francisco Museum of Modern Art in 2016.

China has more female billionaires than any other country and many of those women have made their money in the country's rapidly exploding real estate industry. Add Wu Yajun to that list. She runs Longfor Industries, a major Beijing property developer. Wu was once the richest woman in China, but a divorce took some wealth and that title from her. She is a former journalist.

While Diane Hendricks didn't make her billions in a sexy industry, she has $3.6 billion of them to keep her warm at night from ABC supply, the largest wholesaler of roofing, window, and siding materials in the United States. The company headquarters is in Wisconsin, but ABC Supply has 500 locations and approximately 5,800 employees. Diane founded the company with her late husband Kenneth. Diane also oversees Hendricks Holdings Co, which has stakes in manufacturing plants and pharmaceutical research.

Theranos founder Elizabeth Holmes dropped out of Stanford her sophomore year to found Theranos in 2003, with the money she was supposed to use to pay her college tuition. Holmes is revolutionizing the world of medical testing. Traditional blood testing is difficult, uncomfortable, and expensive for a procedure that is so commonly used. The implications of Holmes' invention are enormous. With Theranos, one lone drop of blood can now give you a ton of information about your health. Holmes has made it inexpensive, fast, and easy for people to have access to important information about their health.

Jin Sook and her husband Do Won "Don" Chang emigrated from South Korea to Los Angeles in 1981 in search of the American Dream. They were broke. They didn't speak very much English. They didn't have college degrees. They were both just 26 years old. What they did have was grit and determination to make it in the coffee industry. Back in South Korea, Don had started a coffee and juice delivery service. He intended to do the same thing in L.A. However, while working at a gas station he noticed all the best cars were driven by clothing retailers and the Changs path was forever changed. Today, Forever 21 has more than 600 stores worldwide and $4.4 billion in sales.

This self-made, rags-to-riches entrepreneur has a net worth of $6 billion. She founded Lens Technology, which is the world's largest maker of glass touchscreen mobile phone and tablet covers. Qunfei is the supplier for Apple and Samsung. Qunfei is from Mainland China and comes from a poor rural background. She started out as a factory worker in Shenzhen, but left that life in 1993 to work in the glass industry. Today, she is the world's richest female tech company founder, following the success of her March 2015 IPO. She employs more than 60,000 people.

Chan Laiwa made her fortune in real estate development. She founded Fu Wah International Group in 1998, which is one of Beijing's largest real estate developers. 2012 was a particularly good year for Chan, due to the increase in commercial property values in Beijing, and her net worth increased by $570 million. She is a true rags-to-riches story, having been born poor.