It's time for a good old fashioned family feud. The billionaire Barclay family is anchored by 85-year-old twin brothers David and Frederick Barclay. The twins amassed the family fortune together in hotels, online retail, and newspapers. They also haven't spoken to each other in years and have dragged the rest of their family into their feud. You see, the Barclay brothers own the famous London Ritz Hotel. Issues related to the sale of this hotel have split the brothers and their families. Recently, three of David's sons admitted to bugging Frederick and his daughter Amanda over a two-month period as the father and daughter sat chatting at the Ritz. Frederick and Amanda are now suing David's three sons, one of Frederick's sons, and two family business executives for misuse of private information, breach of confidence, and violations of U.K. data protection laws. Attorneys for David's side of the family admitted to two of the charges and offered to pay damages. David's side of the family, however, reject Frederick's side of the family's claims that they've suffered economic loss due to the bugging. 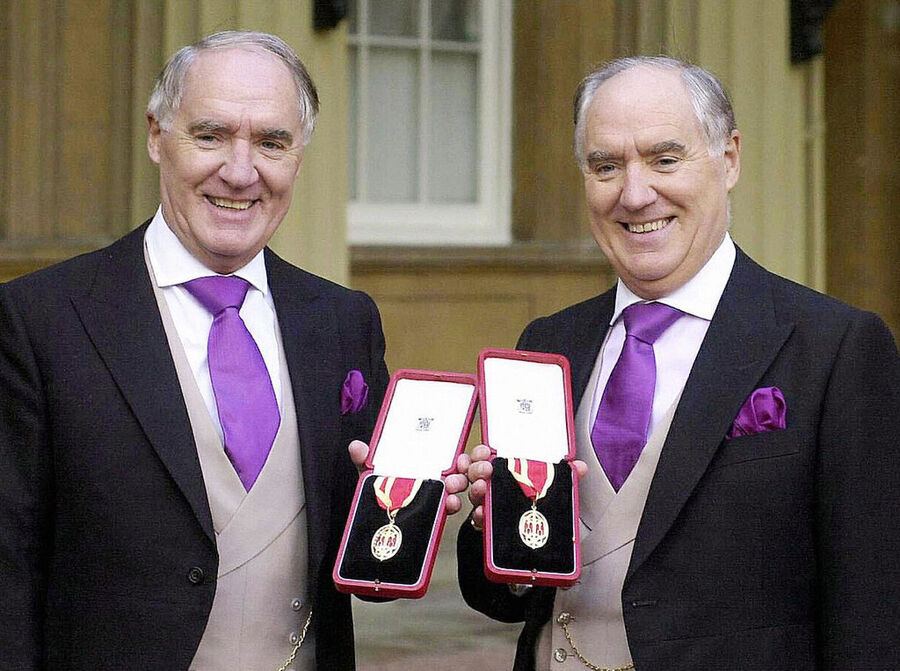 David and Frederick Barclay were born within 10 minutes of each other in London on October 27, 1934, to Scottish parents Beatrice and Frederick Barclay, a traveling salesman. The couple had eight other children. Frederick, Sr. died when the brothers were 12 years old, and they left school four years later in 1950 to work in the accounts department at General Electric before setting up as painters and decorators. By the end of the 50s, Frederick and his other brother, Douglas, were running a tobacconist and confectioner store called Candy Corner, which went bankrupt in 1960. David was working as a director of Hillgate Estate Agents, and in 1968, his twin joined the Board. The duo restored old boarding houses in London and remade them into hotels. In 1975, they bought their first hotel, the Howard Hotel, and since then, the identical twins built up shares in a variety of businesses like the shipping company Ellerman Lines, Shop Direct, retail group Littlewoods, delivery company Yodel, as well as newspapers The European, The Scotsman, Sunday Business, and all of the Telegraph Media Group. The twins have also been accused of tax avoidance, by placing property under the possession of companies that are registered abroad and controlled through trust funds. They've become well known for their reclusive nature as well.

David Barclay's side of the family released a statement through Ellerman, the holding company for the family business:

"The actions we took were the result of serious concerns about aspects of Sir Frederick's conduct and were taken in the belief that they were necessary and reasonable to protect the Barclay Group's business interests from potential damage."

David's side of the family alleges that Frederick hasn't been directly involved in the family business for the better part of 30 years but had been having conversations about sensitive financial matters that could be deemed as damaging to family interests. At particular issue, are conversations Frederick allegedly had about the sale of the London Ritz, the chic century-old hotel in West London. Frederick claimed in May that he'd received two bids for the hotel, both over $1.27 billion, that his brother David ignored. David, through Ellerman, denied that any formal bids over $1 billion had been received.

Attorneys for Frederick Barclay released video footage of Alistair Barclay, David's youngest son, entering a room and replacing the digital memory card of a listening device. Reportedly, Alistair, 31, started the bugging of his uncle by buying an off-the-shelf recorder, which was used from early November to early January.

Twins David and Frederick Barclay were once inseparable. Today, the two haven't spoken in years. The Barclay brothers have a net worth of $3.9 billion.