These Seven Billionaires Dropped Out Of High School

By Amy Lamare on November 12, 2019 in Articles › Billionaire News

Look, we never advocate for dropping out of school – especially as early as high school. That said, for the seven people on this list, dropping out of high school worked out well for them. They are the exception to the rule and, as you'll notice none of them dropped out of high school on their way to billion-dollar-plus fortunes anytime in the last three or four decades. More than 1.3 million students drop out of high school every year in the U.S., which makes them completely ineligible for 90% of the jobs out there. In terms of recent high school dropouts, David Karp of Tumblr comes to mind. Seriously folks, stay in school. That said, these 7 billionaires dropped out of school before high school graduation and managed to do pretty well for themselves.

Rockefeller, founder of Standard Oil is arguably the wealthiest American of all time. We estimate that if his fortune was adjusted for inflation it would be equivalent to $340 billion. Rockefeller dropped out of school at 16 to seek full-time employment.

Ford left his family's farm at 16 and moved to Detroit where he became an apprentice in a machine shop. He later became chief engineer at the Edison Illuminating Company. Ford built his first car in 1896. Of course, he went on to revolutionize the assembly line and ushered in the era of automobiles. His wealth would be an insane $200 billion, adjusted for inflation. Oh, and by the way, Ford had no formal education in science. 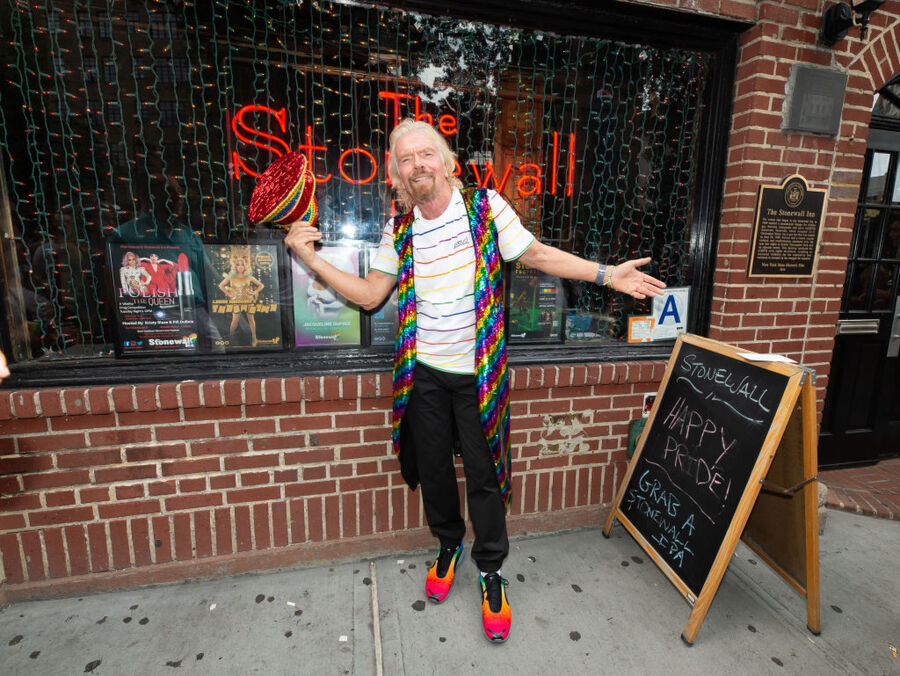 Today, Ortega is one of the wealthiest people in the world with a net worth of $64 billion. He is the founder of the Inditex fashion group, which is best known for the chain of Zara clothing stores. Ortega dropped out of school as a teenager to work as a delivery boy for a local tailor. In the late 1960s, he started designing dressing gowns, lingerie, and housecoats from his home. In 1975, he co-founded Zara with his wife at the time, Rosalia Mera. In 1985 he formed Inditex as a holding company for Zara and his other retail brands.

Pinault dropped out of school in 1947 after being bullied because of his poor background. Today, he has a net worth of $34 billion. Pinault started out in his father's lumber mill and went on to the fashion conglomerate Kering. Kering owns prestigious fashion houses like Gucci, Stella McCartney, Alexander McQueen, and Yves Saint Laurent. In addition to Kering, Pinault also holds the company Artemis S.A., which among other things, owns Converse shoes, Samsonite luggage, Château Latour, the Vail Ski Resort in Colorado, as well as Christie's auction house.

Kerkorian had a net worth of $4.2 billion when he died. Not bad for someone who dropped out of high school and became an amateur boxer on his way to his career as a mega-resort and casino mogul. In 1962, he bought a plot of land in Las Vegas. Seven years later, he opened the original MGM Grand (where Bally's is today).

Murdock dropped out of high school in the ninth grade and worked at a gas station until he was drafted into the Army in 1945. After World War II, he bought a diner in Detroit which he flipped several months later for a $700 profit (about $9,200 adjusted for inflation). In 1985 he became the owner of Dole, the world's largest fruit and vegetable producer. He has a net worth of $3 billion.

Branson struggled with dyslexia while in school and dropped out when he was 16. He founded his first company – a mail-order record retailer that evolved into Virgin Records. He has a net worth of $5.1 billion and a private island that hosts the luminaries of the world.