These Four Celebrities Lost HUGE Lawsuits And Paid The Price!

By Amy Lamare on February 11, 2016 in Articles › Billionaire News

Being rich and famous doesn't always mean an automatic get out of jail free card. Sure, celebs can afford the best legal representation available, but when it comes down to it, they are responsible for obeying the law just like anyone else. Celebs including Paris Hilton, Britney Spears, Sean "Diddy" Combs, and Jesse James are among a group of celebrities with the dubious distinction of being sued the most often. However, Spears, Hilton, Combs, and James are typically sued for frivolous things and win the lawsuits more often than not. That is not the case with O.J. Simpson, 50 Cent, celebrity chef Mario Batali, and yogi Bikram Choudhury. All four of them lost enormous lawsuits and paid the price.

Everyone knows the O.J. Simpson story. He was legendary on the gridiron at USC and in the NFL. He was a beloved sports hero. He was "the juice." And then he killed his ex-wife Nicole Brown Simpson and her friend Ron Goldman. The resulting trial and media circus changed the legal system in the U.S. It also spawned the Kardashians, as Robert Kardashian was one of Simpson's attorneys. Kardashian's wife at the time was Kris Jenner. So we have O.J. to blame for that, as well.

Anyway after a lengthy trial that was broadcast on television–which was unusual back in the mid 1990s– Simpson was found not guilty of murder in the first and second degrees on October 3, 1995. The families of Brown Simpson and Goldman then sued O.J. in civil court. O.J. lost that case and was ordered to pay $25 million in punitive damages to the families of his ex-wife and her friend.

But that wasn't O.J.'s last run in with the law. In December 2008, Simpson was found guilty of 10 charges stemming from a robbery at gunpoint at the Palace Station Hotel and Casino in Las Vegas. Simpson is currently serving a sentence at Nevada's Lovelock Correctional Center. He will be eligible for parole in 2017. 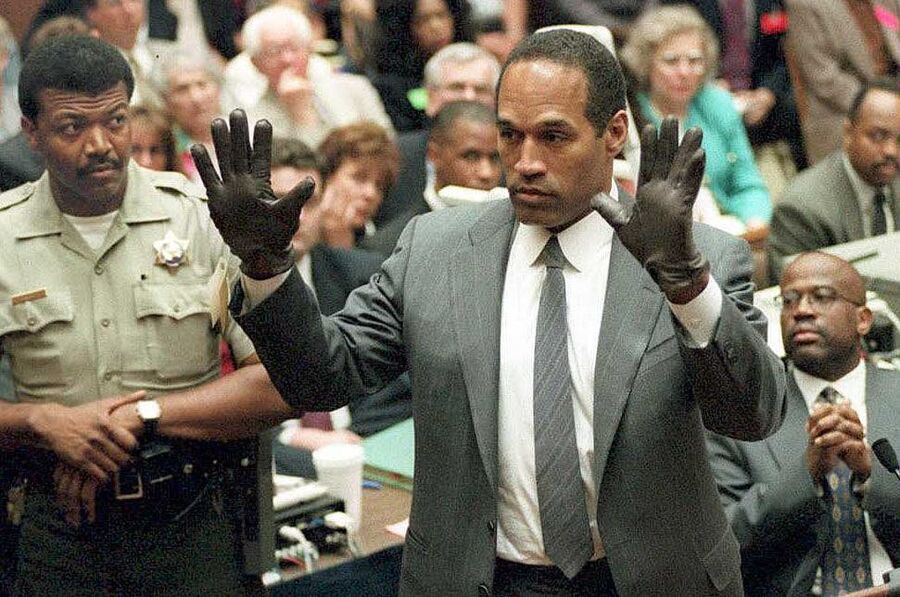 Rapper 50 Cent may soon be worth less than his name. He filed for bankruptcy protection in 2015 after being slapped with an enormous $5 million bill from the court stemming from a sex tape lawsuit. 50 Cent, whose real name is Curtis James Jackson III, lost a lawsuit brought against him by Lastonia Leviston, a woman who appeared in a sex tape with the rapper that was posted online in 2009 without her permission. As a result of that settlement, the rapper filed for bankruptcy and listed his assets and liabilities at between $10 million and $50 million. He filed for bankruptcy just days after the jury ordered him to pay $5 to Leviston. Two weeks later, the judge in the sex tape case added an additional $2 million in punitive damages to the settlement, bringing the total judgment to $7 million.

We all know that servers and bartenders and other restaurant employees don't make a great hourly wage. They survive on their tips. This is standard knowledge. Unfortunately, many chefs and restaurant owners quite literally bite the hands that feed their customers, taking part in tip skimming schemes designed to put more money into the pockets of management and less into the wallets of the servers, bartenders, and busboys. This is exactly what happened with celebrity chef Mario Batali and his business partner Joseph Bastianich. The duo was ordered to cook up a $5.25 million payment to the bartenders, wait staff, and other employees of Batali's restaurants who claimed they were stiffed out of tips.

When the employees filed their lawsuit six years ago, Bastianich referred to it as a shakedown and then sarcastically thanked a number of the staff who took part in the complaint. The Plaintiffs argued that Batali's restaurants regularly took 4-5% of tips from the employee and were regularly forced to work more than 40 hours a week for less than minimum wage. They then used those skimmed tips to pay the salaries of the sommeliers.

Mario Batali has a net worth of $25 million.

We recently told you about the enormous settlement Bikram yoga founder Bikram Choudhury has been ordered to pay out to Miki Jafa-Bodden, the former in house counsel for his hot yoga empire. The yogi has to pay his former employee $7.4 million in damages. Miki Jafa-Bodden sued Choudhury for sexual harassment, gender discrimination, and wrongful termination. She alleged that Choudhury repeatedly sexually harassed her during her time working for him. She also alleged that when she began to investigate claims that he had raped one of his students, she was fired. The jury voted unanimously in favor of Jafa-Bodden. A judge in Los Angeles Superior Court awarded Jafa-Bodden $6.4 million in punitive damages and $924,000 in compensatory damages.

Choudhury is currently facing six more cases brought against him by women who claim he sexual assaulted and/or raped them.

Bikram Choudhury has a net worth of $75 million.