These Billionaires Started From Nothing And Made Enormous Fortunes

By Amy Lamare on August 2, 2020 in Articles › Billionaire News

As if becoming a self-made billionaire wasn't impressive enough, some of the richest billionaires in the world today literally took themselves from slums, factories, and the street to the highest levels of fortune, success and power. The seven billionaire stories you are about to read prove that even the toughest challenges in life can be overcome. If you're currently struggling, or have ever struggled to make ends meet, you are not alone.  Plenty of people have to borrow from the Visa bill to cover their car payment, for instance. Sometimes, even massively wealthy entrepreneurial billionaires know this pain and heartache because they started out broke just as a lot of us. The old saying that it takes money to make money does not apply to these seven billionaires. They are not only self-made men and a woman; they are also true rags to riches tales of success. They may have started out in humble circumstances, but they are now among the wealthiest and most successful people in the world.  Each of these stories show that no matter what your circumstances are, dedication and determination can change your life and your fortunes for the better.

It seems hard to imagine the world's richest person, Jeff Bezos, net worth is $180 billion.  As a struggling young man, the truth is that Bezos doesn't come from money and privilege. In fact, his mother was just a teenager when she gave birth to the future internet tycoon and his birth father abandoned the family when he was just three years old. To help support the family, Jeff spent summers and weekends vaccinating and castrating cattle at his maternal grandparents' Texas farm. After moving to a town near Albuquerque, Bezos's family had a pretty modest lifestyle. When he was a teenager, he worked at McDonald's during the summer.  His entrepreneurial streak showed itself early when, as a teen, he launched a science camp for kids and charged $600 per child. He attended Princeton on a scholarship and went to work for a hedge fund after graduation. But it wasn't until he founded Amazon in his garage that he hit upon the idea that would change the way the world shopped and make him a billionaire many, many, many times over. 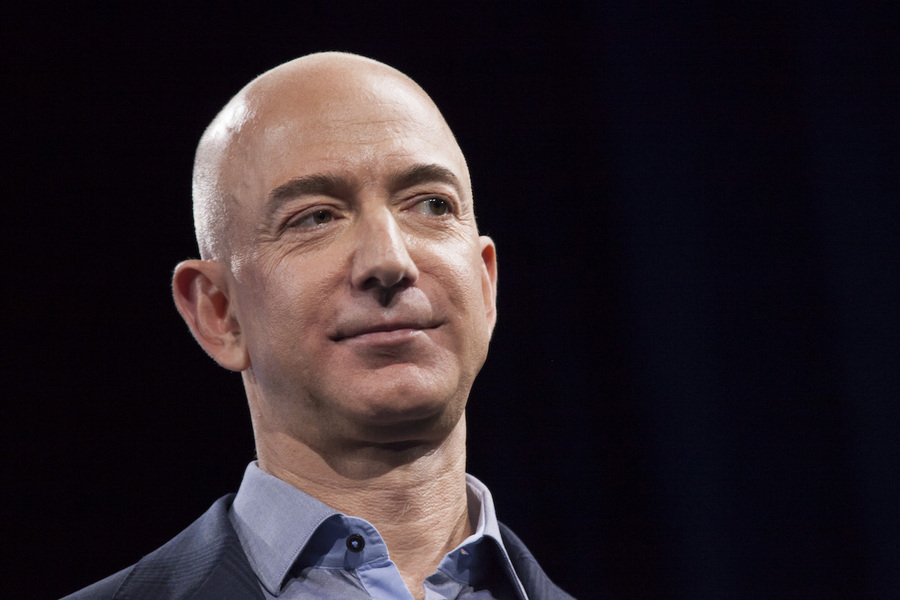 When Li Ka-Shing was just 14 years old, his father died of tuberculosis. In order to earn money for his family, Li was forced to abandon school and take a job at a plastics factory. The family was so poor that Li actually had to sell his dead father's clothes for cash to pay for food. While most of his peers attended school or played games, Li labored away for 16 hours a day making plastic watchbands. In 1950, at the age of 22, Li quit his job to start his own company that made plastic toys. The company soon changed, shifted plans and instead began producing plastic flowers because he heard how popular they were in Italy. It was Li's first savvy business decision. He named this company Cheung Kong. Fast forward to the present and Cheung Kong is one of the largest real estate investment companies in the world. Today Li Ka-Shing has a personal net worth of $28 billion. In fact, thanks to some extremely shrewd investments, he has been a billionaire for over a quarter of a century.

Starbucks' Howard Schultz grew up very poor in a Brooklyn housing project. From an early age, Schultz was encouraged to believe in himself and his ability to succeed.  In order to distract himself from the poverty at home, Schultz threw himself into sports. He played high school baseball, football, and basketball and was an exceptional athlete and was awarded a football scholarship to Northern Michigan University—his ticket out of his impoverished childhood. He was the first person in his family to go to college.  After graduation, Schultz spent four years working at Xerox before moving on to a job at Hammerplast — a Swedish manufacturer of drip coffeemakers. This is how he found himself in a Starbuck's in 1981. He eventually took a job in marketing at Starbucks, but his real dream was to start his own coffee shop. He left Starbucks to do this and then returned two years later to buy the entire company for $3.8 million. Today, Howard Schultz has a net worth of $3 billion.

Cirque du Soliel founder Guy Laliberte has come a long way from his days busking  throughout Europe.  Laliberte earned cash as a folk singer and also by playing the accordion, walking on stilts, and eating fire. He founded Cirque du Soliel in 1984 in the Montreal neighborhood of Baie-Saint-Paul with another former street performer, Gilles Ste-Croix. In 1987 he took a chance and brought their Quebec-based troupe of performers to the Los Angeles Arts Festival.  He could only afford to get the troupe to L.A., they had no funds for airline (or bus or train) tickets back to Canada. Luckily, his bet paid off and it wasn't long before the world knew about Cirque du Soliel. Cirque expanded rapidly through the 1990s and 2000s, going from one show to 19 shows in over 271 cities on every continent except Antarctica. Today, Guy Laliberte is the CEO of Cirque du Soliel and has a net worth of $1.8 billion.

Oprah Winfrey is world famous today, but she grew up very poor in rural Mississippi in the 1950s and 1960s. She was raised by a single mother and is herself a survivor of sexual assault and teen pregnancy. As a child, her family's poverty was so severe that she wore potato sacks to school as dresses because her family could not afford clothes. However, her grandmother always stressed the importance of education and young Oprah threw herself into her studies. She received a full scholarship to Tennessee State University to major in Communications. After college, Oprah became the youngest news anchor, and first black female anchor, for WLAC in Nashville. In 1983, Oprah was asked to take over the low-rated talk show "AM Chicago" and under Oprah's care, the show rose from the lowest rated to the most popular within a year.  In 1986, at the age of 32, Oprah launched "The Oprah Winfrey Show." The show was an instant hit and remained the most watched talk show until it ended its 25-year run in May 2011. Oprah Winfrey has a net worth of $3.5 billion.

Oracle founder and CEO Larry Ellison had a tough childhood. A bout of pneumonia when he was a toddler left his New York City-based single mother unable to care for him, so she sent him to be brought up by an immigrant relative who lived on the South Side of Chicago. His adoptive father repeatedly told young Ellison that he would never amount to anything.  When he was a sophomore in college his adoptive mother died and Ellison left his sophomore year at the University of Illinois before taking his final exams. He spent a semester at the University of Chicago before dropping out again to move to California. Not long after arriving in California, Ellison founded Software Development Laboratories with two partners. The three founders invested a combined $2,000 to get their company off the ground.  In 1982, they renamed the company Oracle Systems Corporations after their flagship product, the Oracle database. Today, Larry Ellison is worth $64 billion.

Jan Koum immigrated to the United States from Ukraine with his mother and grandmother when he was 16 years old.  They settled in a small, two bedroom apartment in Mountain View, California, able to do so only because of the assistance of a social support program. While the teenaged Koum worked at a grocery store, his mother babysat for a living so that the family could make ends meet.  When he wasn't at work, Koum immersed himself in learning computer networking. At 18, he enrolled at San Jose State University to study programming. He landed a job at Yahoo in 1997 as an infrastructure engineer. In 2009, Koum, alongside Brian Acton, launched the messaging app WhatsApp, which he subsequently sold to Facebook for $19 billion. When Koum was signing the papers for the multi-billion dollar acquisition of his company, he chose to do it on the steps of the welfare office where he and his mother used to go to obtain their food stamps. Jan's net worth is $10 billion.