These 7 Billionaires Lost Their Entire Fortunes

By Amy Lamare on March 2, 2020 in Articles › Billionaire News

Anil Ambani made headlines recently, when he announced that he was officially broke. A judge ordered Ambani to pay $100 million in the ongoing dispute with three Chinese banks. Anil Ambani's company, Reliance Communications Ltd., was given a $925 million loan and defaulted on $700 million of it. Ambani personally guaranteed that loan. He was given six weeks to come up with $100 million. Luckily for Anil, his brother Mukesh is the richest man in India and he bailed his little brother out. Ambani's fall from the ranks of the world's billionaires is stunning, but it isn't the first time someone has lost their more than billion-dollar fortune. In fact, many people over the years have lost it all and declared bankruptcy. Others have claimed to be completely broke.

Quite simply, just because you made a fortune, doesn't mean you necessarily know how to keep that fortune. Several people on this list have proven this theory in spades. Everyone needs to learn to live within their means, even the richest among us. The following people seemingly had it all – money, lavish lifestyles, anything and everything that money could buy – and lost it all. These people went from rags to riches and then back to rags again. Should we feel bad for them? Could you recover after achieving such great success and finding yourself in the dumps again? Let's take a look at a few of them.

Vijay Mallya was a liquor tycoon and billionaire known for his lavish lifestyle and extravagant partying. He also owned the now-defunct Indian airline, Kingfisher Airlines. In 2012, it was revealed that Mallya had racked up some crazy debt trying to keep his airline in business. He defaulted on payments and the Indian banks he had borrowed from came looking for him. Luckily for Mallya, he had a diplomatic passport since he was a member of the upper house of Parliament in India. Using that, he fled to the UK. Banks and the government are trying to extradite him on bank fraud and money laundering charges totaling about $1.3 billion. 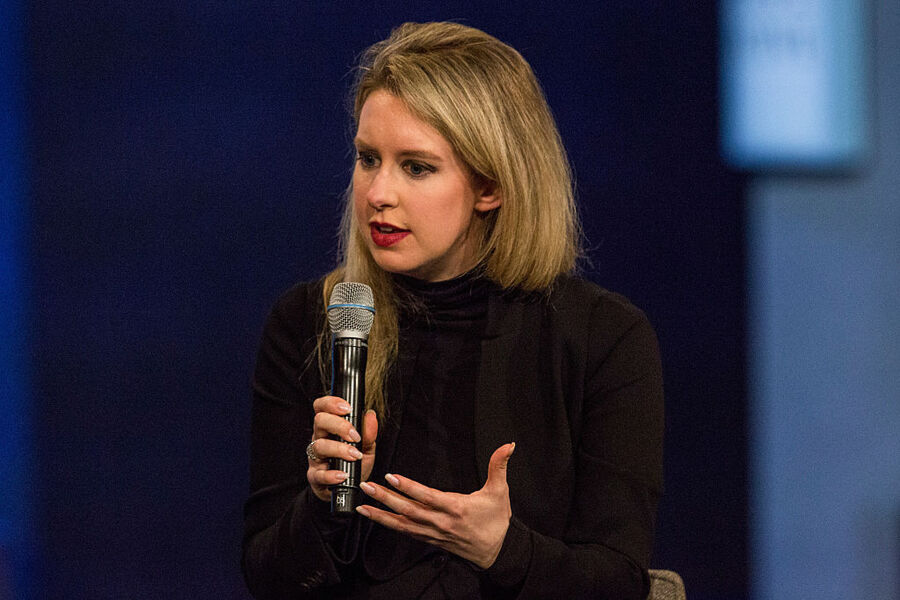 It wasn't all that long ago that Stanford dropout Elizabeth Holmes was celebrated for her revolutionary blood-testing method and her startup, Theranos. As we all know now, it was all basically a sham and Holmes, who was once worth $4.5 billion, is facing myriad lawsuits against her. Theranos went under. She cannot operate another laboratory and on top of all of that, she lost every single penny. The most prominent trial against her is set to begin in August 2020. Her net worth today is $0.

Allen Stanford is a former prominent financier who is serving a 110-year prison sentence for being convicted of charges that his investment company was a giant Ponzi scheme and fraud. He was the Chairman of the Stanford Financial Group, and was charged with masterminding a conspiracy to bilk investors out of the money. What did he use that money for? Well funding for his lavish lifestyle, of course. The SEC charged Allen Stanford with "massive ongoing fraud" centered on an eight-billion-dollar investment scheme. The SEC said that Stanford and his accomplices operated a massive Ponzi scheme, misappropriated billions of dollars of investors' money and falsified the Stanford International Bank's records to hide their fraud.

Sean Quinn is an Irish businessman. In 2008 he was the richest person in Ireland with a net worth of $6 billion, but in 2011 he filed for bankruptcy. This stunningly fast loss of wealth stems from a very bad business decision. Quinn invested 25% of his family's wealth in Anglo Irish Bank, amounting to about $2.8 billion. He made the grave error of borrowing the money for the investment from his own insurance company. Anglo Irish Bank nearly collapsed during the recession of 2008 and resulting financial crisis that swept through Ireland. This put Quinn billions of dollars in debt and caused him to have to relinquish control of his company. This whole mess could have been avoided had Quinn not invested money controlled by his insurance company and if he had been paying attention to the financial pulse of his country. Someone in his industry should have seen the collapse coming by enough to be able to get out. He did not. And he paid for it.

This Icelandic former billionaire saw his net worth of $1.1 billion evaporate when he and his son and business partner Thor (former net worth $3.5 billion) got hit by the credit crisis in their country. The father and son partners were major shareholders in a bank (Landsbankin) that went under. When it went down, so did the Gudmundsson's assets. Bjorgolfur Gudmundsson was also suspected of being involved in fraud and embezzlement.

Back in 1979, Alberto Vilar and his partner Gary Tanaka co-founded the Amerindo, an investment advisory firm based in San Francisco and New York, with offices in London. The company grew to be worth $1 billion at its most successful. However, the stock market crash of 2000 hit Vilar's company, causing his fortune to start evaporating. Vilar was a generous supporter of the arts and as of August 2002, the money he'd both given and pledged to opera companies, performing arts organizations, and educational institutions was $250 million. As it turned out, Vilar was stealing money from his clients to fund these philanthropic pledges. In 2008, Vilar was convicted of money laundering, wire fraud, mail fraud, securities fraud, and investment advisory fraud. In February 2010, Vilar was sentenced to nine years in prison. In 2012, he was released, pending his appeal. That appeal didn't go so well, and Vilar was sentenced to 10 years in prison, instead of nine.

Brazilian mining, oil and gas magnate Eike Batista made a fortune. In 2012, Batista was worth $30 billion, making him the richest person in Brazil and the seventh-wealthiest person in the world. By 2013, his net worth was "just" $200 million and falling rapidly. By January of 2014, Batista had a negative net worth. His losses, according to Bloomberg News, were historic. More than $30 billion evaporated in less than two years.  His descent into poverty can be traced back to the severe downturn in the mining industry and the catastrophic collapse of Batista's OGX, which claimed it would pump 750,000 barrels of oil a day – only to find itself pumping 15,000. Also, other economic issues and management decisions factored in as well, creating a sort of Perfect Storm for his loss of more than $30 billion. Batista's wealth decreased more than 100% between March 2012 and January 2014. However, Batista, who is currently the chairman of Brazilian conglomerate EBX Group, has said that he fully plans to pay back all of his debt obligations and leave no creditor unpaid.