Being a billionaire has to be pretty great, right? How about being a billionaire AND being world famous too? That's the case for these 12 celebrities. They all have at least a net worth of $1 billion and a recognizable name and face. From a cosmetics mogul to a beloved author to rappers, an athlete, the current resident of the White House, the Queen of all media, and a pair of filmmakers – these 12 people have made millions doing what they love and capitalizing on it. Who will be the next celebrity to become a billionaire?

Kylie Jenner, is, of course, a member of the Kardashian-Jenner family. She's been on TV via the family reality show Keeping Up With the Kardashians since she was a child. She's also had success as a model and enjoyed various endorsement deals, but that's not where the bulk of her fortune comes from. She founded Kylie Cosmetics with a $29 lip kit and grew it into a booming business. In 2019, Coty came along and bought a 51% stake in her cosmetics empire, making her a billionaire officially.

JK Rowling is, of course, the beloved author of the Harry Potter books. I mean, don't most of us have her to thank for many hours of enjoyment via the books, movies, and entire universe of characters she created? Rowling is also a screenwriter and philanthropist. It's pretty hard to make a living as a writer and/or author, but to make a billion as an author? That takes something special and that's just what Harry Potter is. Rowling has also donated at least $150 million to charity. 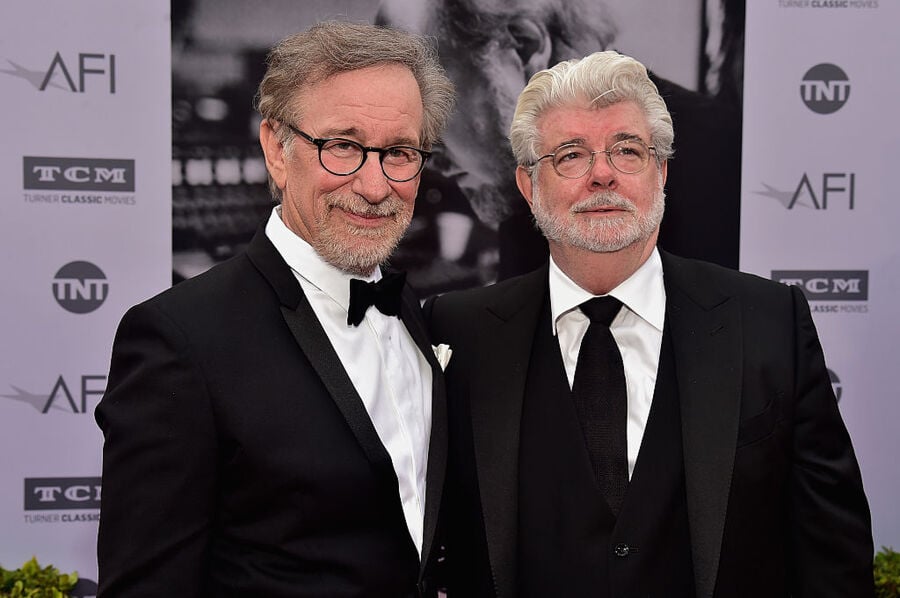 Jay-Z is primarily known as one of the most popular rappers of the past 20 years as well as Beyoncé's husband. He started out as a drug dealer in Brooklyn and grew to become a rapper who has sold more than 100 million records and founded the record label Roc-A-Fella Records. But it isn't only his music career that has made him a billionaire. He's also a savvy investor and businessman who secured a deal to own the rights to his own music, which is rare in the music industry.

David Copperfield has been astounding his audiences for decades. I mean, the man made the Statue of Liberty disappear! He walked through the Great Wall of China! He's also built an impressive real estate portfolio and a collection of magic memorabilia. The magic memorabilia is so rare that some have called it priceless. If we're forced to assign a value to it, well, it has to be worth at least $500 million on its own.

I mean, who doesn't know who Paul McCartney is. He's a founding member of The Beatles who has also had a long and successful solo career. As one of the primary songwriters for The Beatles, McCartney is responsible for many of the iconic band's most popular songs.

We all want to Be Like Mike, especially if it means having $2.2 billion in the bank. Michael Jordan is the wealthiest athlete in the world and it doesn't come from his days in the NBA. He made more than $90 million in his playing days. Rather is fortune (about $1.6 billion of it) comes from his endorsements with companies like Nike and Gatorade. The rest is from his majority ownership of Charlotte's NBA team the Hornets. When he bought into the team in 2006, he got it at a bargain-basement price. In 2019, he turned around and sold just a 20% stake in the Hornets for $1.5 billion.

Jami Gertz is best known for her roles in some of the best films of the late 80s and early 90s (Less Than Zero and Lost Boys), at least in my opinion. She's also, alongside her husband Tony Ressler, one of the owners of the NBA's Atlanta Hawks and the MLB's Milwaukee Brewers.

Is Donald Trump truly a celebrity? Surely his years on The Apprentice and Celebrity Apprentice give him enough street cred to qualify. He's certainly been famous for decades due to his love of attention and courting the media. Trump inherited a big chunk of his fortune from his father and despite several bankruptcies, has bounced back again, and again.

Kanye West has had an impressive turnaround. It was only a couple of years ago that reports surfaced that he was broke. Now, thanks to the explosive popularity and sales of his Yeezy clothing brand, he's officially not just a billionaire, but a multi-billionaire. The man had a vision, he stuck to it, and it paid off.

Oprah Winfrey is a media mogul who catapulted her reporting career to a nationally syndicated, decades-long, talk show and eventually to her own cable channel. The Oprah Winfrey Show was one of the most successful talk shows of all time. Through her Harpo production company, she's branched out into other areas of entertainment and the media and augmented her multi-billion net worth.

E.T.,  Jaws, Close Encounters, The Shawshank Redemption. Without the creative vision of Steven Spielberg, the world wouldn't have any of these films. Spielberg pretty much single-handedly created the concept of the Hollywood blockbuster. Besides writing and directing some of the most beloved films of our time, he's also produced a bunch as well including the Back to the Future franchise, Gremlins, and The Goonies.

Star Wars. We don't even have to go any deeper into George Lucas' filmography. He is the man who gave us Han Solo, Luke Skywalker, Darth Vader, et al. He also created the Indiana Jones franchise. He's been a prolific producer over the years. He was already a very wealthy man when he sold Star Wars to Disney in 2012 for $4.1 billion.