These 12 Billionaires Had The Fastest Growing Fortunes Of 2019

The 500 richest people in the world saw their multi-billion dollar fortunes increase by 25%, collectively, in 2019, but 12 people did way better than that. Increasing demand for luxury goods from Chinese consumers fueled the growth of fortunes of Francois Pinault, Bernard Arnault, and Francoise Bettencourt Meyers. Microsoft saw a surge in the price of its stock, giving its two largest shareholders, Bill Gates and Steve Ballmer, a more than $10 billion increase each in 2019. And finally, despite the continuing issues at and negative press about Facebook, its stock also saw huge growth in 2019 to the advantage of Mark Zuckerberg.

Pinault is one of three French luxury goods moguls who saw their net worths grow substantially in 2019, thanks to the increased demand from consumers in China for luxury goods. Pinault and his family have a 41% stake in Gucci, Yves St. Laurent, Alexander Wang, and Stella McCartney through holding company Kering.

Bettencourt Meyers became the wealthiest woman in the world when she inherited a third of L'Oréal, after her mother died in September 2017. Shares of the world's largest cosmetics company were up 30.8% in 2019. 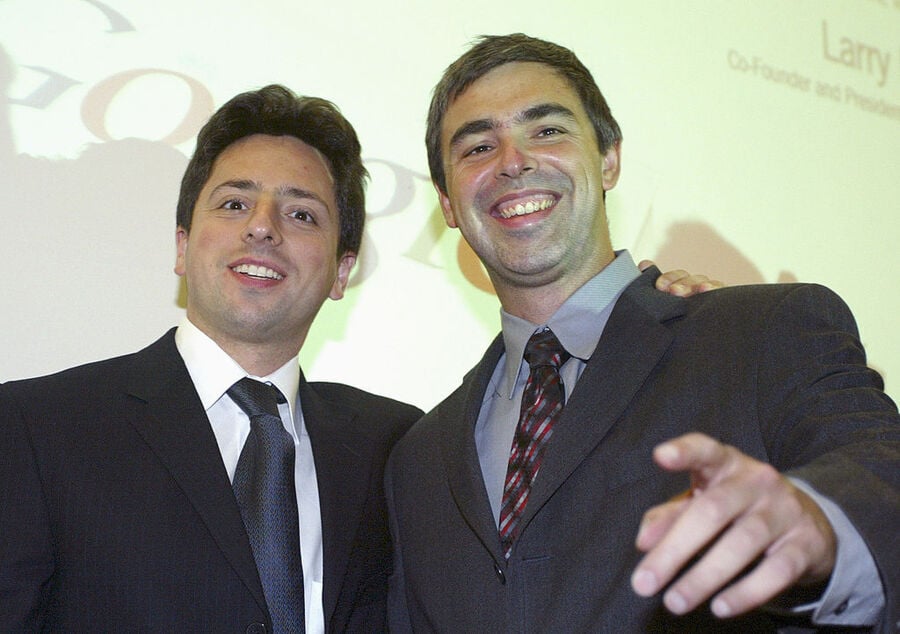 Google co-founder Brin saw his net worth rise thanks to the surge in the company's stock price in 2019, even as he stepped down from his position as parent company Alphabet's president.

Google co-founder Page also saw his net worth increase exponentially thanks to the company's rising share price. He also stepped down as CEO of Alphabet this past year.

India's richest man, Mukesh Ambani, has his stake in his company Reliance Industries to thank for the more than $15 billion he added to his net worth last year.

Zara founder Ortega saw record sales for his upscale fast-fashion chain in the first half of 2019, helping him grow his fortune by nearly $18 billion.

Former Microsoft CEO Ballmer saw his net worth grow by nearly $20 billion thanks to the software giant's increased dividend, the launch of a $40 billion share buyback program, and the growth of its cloud computing division.

Even though Facebook spent most of 2019 battling controversies over its political advertising, monitoring of hate speech and use of personal data, that didn't stop its founder from adding more than $27 billion to his net worth.

MacKenzie Bezos instantly became one of the richest women in the world when her divorce from Amazon founder Jeff Bezos became final.

In October, Arnault, who runs French luxury goods conglomerate LVMH, saw his net worth increase by $5.1 billion in 48 hours thanks to a surge in the company's stock price. He is the world's second-richest person.

Julia Flesher Koch instantly became a multi-billionaire in her own right when her husband David Koch died in August.