By Amy Lamare on December 12, 2016 in Articles › Billionaire News

Lego has been a family owned business since its founding 84 years ago. Now, the man who brought the beloved toy company back from the brink of bankruptcy will transition to a new role. CEO Jorgen Vig Knudstorp will be replaced at the end of the year by chief operations officer, Bali Padda. Knudstorp will become chairman of the company.

Lego's shakeup comes as the company faces challenges to maintain the incredible growth it has had in the U.S. and Europe over the past few years, while expanding into new markets such as China and India. Lego, which has 18,500 employees, is in an eternal two-horse race with Mattel for the title of world's largest toy company. 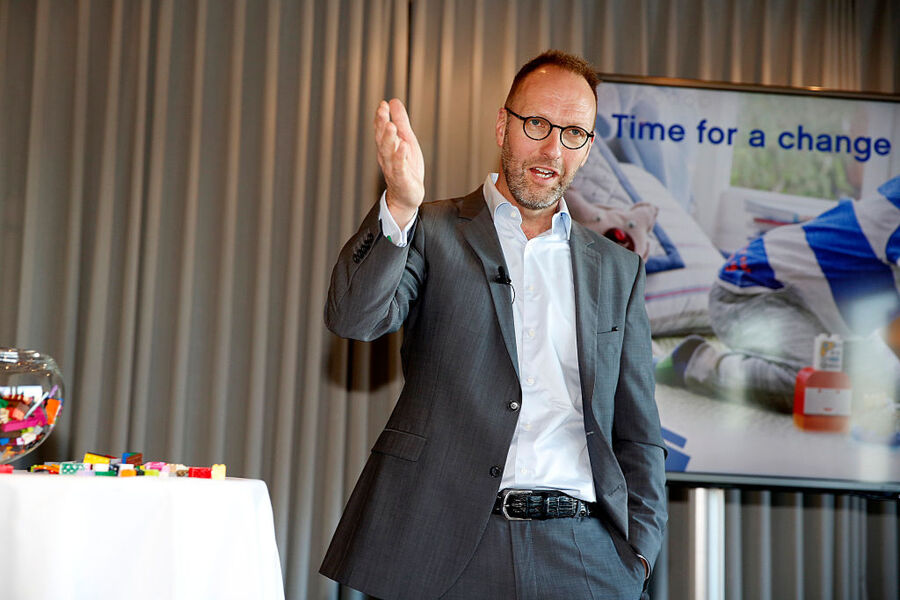 Lego is controlled by billionaire and Denmark's richest person Kirk Kristiansen and his family. The company brought the now 48-year-old Knudstorp into the fold in 2001 after he had worked for them as a consultant for a number of years. When he assumed the role of CEO in 2004, Lego was losing $1 million a day. The iconic plastic building blocks just could not compete with the new era of interactive electronic toys.

Over the decade from 2005 to 2015, Knudstorp revitalized Lego and helped the company's revenue increased five-fold to $5.2 billion. As CEO he dove into studies of how children played with Legos and restructured the company's financial department.

Knudstorp expanded Lego's franchise deals and ushered in Lego sets based on Hollywood movies, including Star Wars and Indiana Jones. He also debuted Lego Friends, aimed at girls. In 2015, Lego far outpaced its rivals Mattel and Hasbro in net profit.

Thomas Kirk Kristiansen is the fourth generation to own Lego. His great-grandfather, Ole Kirk Kristiansen founded the LEGO Group in 1932. Ole had trained as a carpenter and started making wooden toys in 1932. In 1947 he started using plastic. The word Lego is derived from the Danish words "leg godt", meaning "play well." The word "Lego" can also be interpreted to mean "I gather together" in Latin, and "I connect" in Italian. All of those are appropriate for the plastic building blocks that have been a toy industry bestseller worldwide for many decades. In 1957, Ole Kristiansen passed the company down to his four sons who, a year later, began selling the company's signature invention, the plastic toy building bricks.

Padda, who was born in India, has worked at Lego since 2002. The 60-year-old will be the first non-Dane to run the company.

Knudstorp will become chairman of Lego in May. He will lead a new initiative for the company called the Lego Brand Group, which will oversee the family's 75% stake in the toy maker. He will also oversee the company's interests in the Legoland theme parks and in an program promoting the use of Lego toys in schools.

"With our recent growth and globalization come new and exciting opportunities for the brand, and we establish the Lego Brand Group to look into these new opportunities," Thomas Kirk Kristiansen, who is the fourth generation in the family to own Lego, said in a statement.