What Reno was to divorces 50 or so years ago – London is today for the wealthiest people in the world. While Reno became popular for its "quickie divorces," London is popular for the wives of the super-rich that want a divorce thanks to London's willingness to award a larger financial settlement to the wives. The latest case of this is Princess Haya, one of the wives of the Emir of Dubai. She escaped her husband's kingdom with her two kids and landed in London, "the divorce capital of the world."

A number of spouses, always women, have received multi-million dollar payouts – sometimes as much as 50% of their husband's assets by taking advantage of a court system that allows a judge a huge amount of discretion. Back in 2000, there was a landmark judgment that set a precedent for the "equal sharing" of assets to become the norm. This originated with Martin and Pamela White, farmers from Somerset, England. The couple filed for divorce in 1994. After years of battling it out in the legal system, the court found that Pamela White was due 40% of the couple's $5.7 million fortune, even though most of the assets were in Martin White's name. 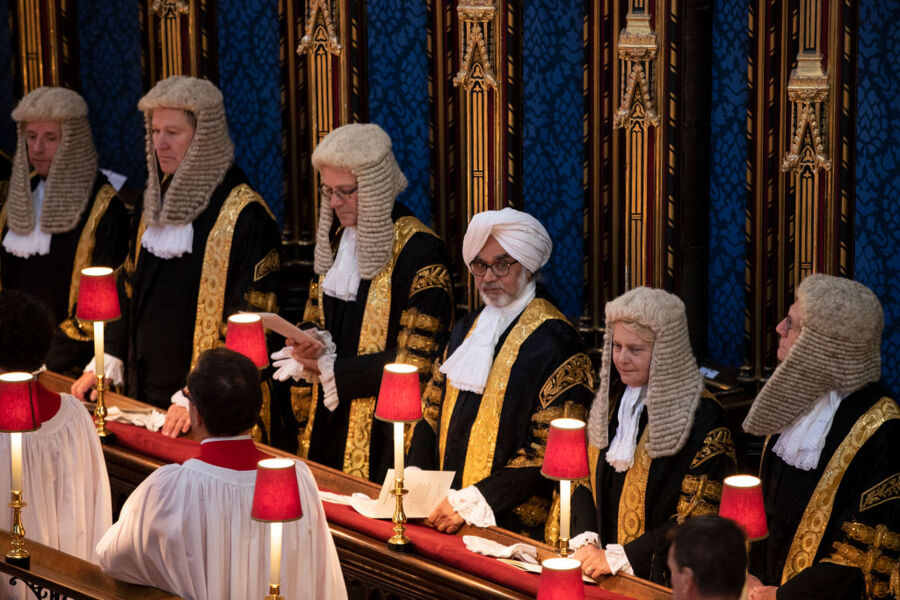 Princess Haya's husband Sheikh Mohammed bin Rashid al Maktoum is worth $14 billion, so the potential windfall for her in London is huge. She is his sixth wife. She is not the first wife of a super-wealthy man to seek a divorce in London.

Ayesha Vadag is a divorce lawyer who represented Malaysian model Pauline Chai in her divorce from fashion mogul Khoo Kay Penn. Chai ended up winning $80 million in her settlement. Vadag, told The Guardian that the UK is a great place for wives who want to get divorced. She said: "The principle that there is no discrimination between breadwinner and homemaker is the cornerstone of why the English jurisdiction is seen as a particularly fair one for the financially weaker spouse."

The reason so many wives have the grounds to get a divorce in England is because property in London is a prized asset for the super wealthy. This gives the couple assets in the UK that the court can have authority over. The UK also treats pre-marriage assets such as inheritance or property purchased before the marriage as the same was as assets acquired after the wedding.

If a wife who wants to divorce her husband acts fast enough to file in London, she can also take advantage of EU law. EU courts only recognize the first place a divorce is file. So if Princess Haya's husband files in Dubai, for instance, it will be rejected by the UK courts. This is called a "race to court."

Princess Haya is being represented by the divorce lawyer Baroness Shackleton, who counts Princes William and Harry as clients.