The UK Just Dropped The Sanction Hammer Down On Roman Abramovich

By Brian Warner on March 11, 2022 in Articles › Billionaire News

On Thursday, the British government added seven new Russian individuals to its sanctions list. At the top of that list? Roman Abramovich. It was a fairly stunning announcement because Roman is arguably the most famous Russian oligarch of all the Russian oligarchs. He's also one of the richest Russian oligarchs even after his net worth has dropped $4 billion from $18 billion to $14 billion in the last two weeks.

For however long he is sanctioned, which may very well be permanently, all of Roman's UK-based assets will be frozen. For Roman that primarily means his real estate portfolio and the soccer team Chelsea.

Roman became the most famous Russian oligarch in the world largely thanks to his 2003 purchase of the London soccer team Chelsea. Roman bought Chelsea in 2003 for $200 million. He then spent $2 billion of his own money transforming the team into a powerhouse. Chelsea is one of the most successful English clubs today. It is the only London-based team to have won the Champions League.

Perhaps sensing that sanctions were on the way, two weeks ago Roman proactively announced he wanted to "donate" Chelsea to a charitable trust… while still technically maintaining full ownership. When that plan was met with ridicule, he relented and confirmed he simply wanted to sell the team. And FAST. Unfortunately, that sale is now not an option.

So what does that mean for Chelsea? How does a team operate under the ownership of a sanctioned owner?

Long story short, it basically means the team can't do anything that generates revenue.

According to Martyn Ziegler, Chief sports reporter for the London Times, here's what will happen to Chelsea now that its owner is sanctioned:

Prior to the sanctions Chelsea was worth around $2 billion, not including the $2 billion worth of debt it owes to Abramovich. What is the team worth in a year after it burns a ton of money without any meaningful revenue? And in the meantime, Roman Abramovich has a $4 billion hole in his pocket for the foreseeable future, perhaps permanently. 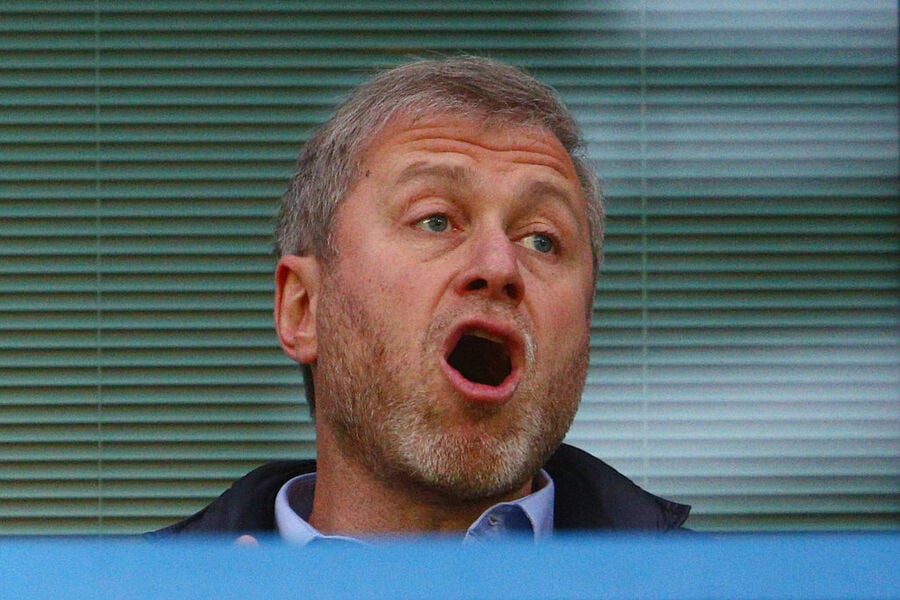 Roman is also notable for his global portfolio of incredible real estate assets. His various global mansions are worth a collective $600 million. And as of today, all of those assets that are located within England are frozen.

Unfortunately for Roman, the crown jewel of his real estate portfolio is a mansion in London. That crown jewel is a 15-bedroom mansion located in Kensington that he acquired in in 2009 for $90 million. Today this property (pictured below) is likely worth north of $150 million. 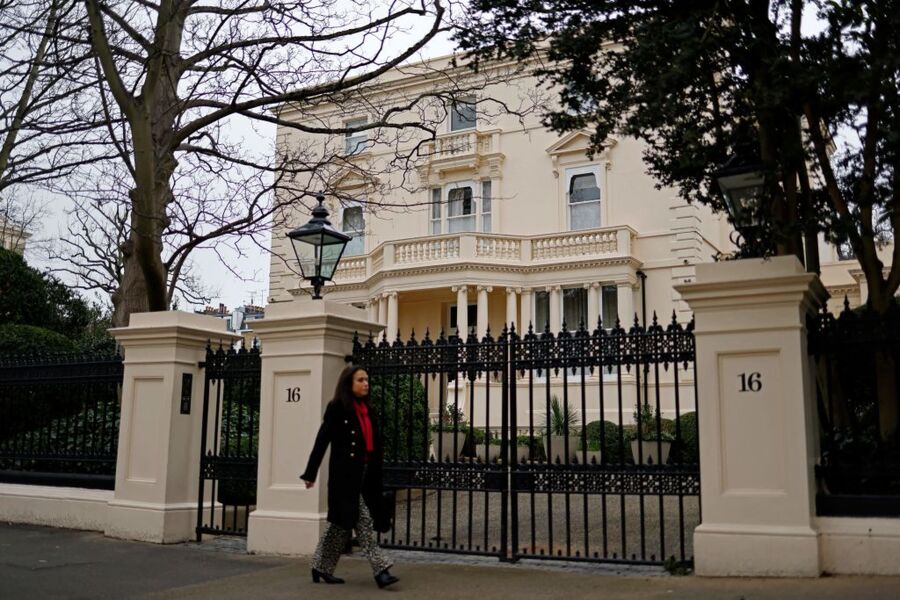 Roman owns two other properties in London including a three-story waterfront penthouse that's worth around $30 million. Outside of London he owns a $25 million country estate.

As we mentioned a moment ago, only his British-assets are frozen at the moment, but if Roman's name is added to EU and American sanctions lists, he'll lose a few more incredible properties.

On the French Riviera Roman owns a former hotel called Chateau de la Croe that sits on 17-acres of the area's most-desirable land. A century ago the property was owned by Queen Elizabeth's uncle, King Edward VIII. Unclear what this property would be worth on the open market because it is so unique.

On the Caribbean island of St. Barts, which unfortunately for Roman is overseen by France, Roman owns a 70-acre property that features 13,000 square-foot mansion, multiple pools and multiple tennis courts.

After attempting to purchase an entire ski town in Colorado, Abramovich settled for a 200-acre, $18 million ski ranch in 2008. In addition, the Russian billionaire acquired an entire nearby ski slope for $5.6 million.

He previously owned four side-by-side townhomes in New York City. He transferred these to his ex-wife as part of their divorce settlement in 2018. When she completes construction, she will own the largest residence in Manhattan.

So it has not been a good week for Roman Abramovich. And I have to say, I don't think the next few weeks, months or years will be any better…