By Joseph Gibson on March 8, 2022 in Articles › Billionaire News

First they came for their yachts, now the hunt is on for Russian oligarch mansions.

The Financial Times is reporting that the British government is looking to impose some extremely serious consequences on Russian oligarchs who own property on British soil. Though nothing has happened yet, there is movement in the works to find a legal method to seize their real estate assets without paying the usual compensation.

It's actually even crazier.

Russian billionaires with ties to Vladimir Putin are the subject of plans reportedly being worked on by UK cabinet minister Michael Gove. Under Gove's proposal, war-fleeing refugees from Ukraine could find themselves housed in the "lavish UK residences" of Russian billionaires like Kirill Shamalov (who also happens to be Putin's son-in-law).

These property sanctions aren't without controversy, with some saying they would be a violation of property rights in the United Kingdom. And Gove's plans go further than the usual asset freezes under such circumstances, which do not involve any change of ownership or even confiscation, according to a Telegraph story on the matter.

A source within the UK government is quoted in the Telegraph criticizing the plan thusly:

"You're fiddling with property rights, which are a solemn view of any democratic country – the right of an individual to own their own property.

While the UK has imposed some form of sanction on nine Russian business leaders, the European Union has sanctioned more than 25. Labour leader Sir Keir Starmer is putting political pressure on Prime Minister Boris Johnson to try and match the sanctions being imposed by the EU. As he puts it:

"Last week, Putin summoned to the Kremlin the cronies who prop up his regime…They dip their hands in the blood of Putin's war."

"Among them was Igor Shuvalov, Putin's former deputy prime minister. Shuvalov owns two flats, not five minutes walk from this House. They're worth over £11mn. He is on the EU sanctions list, but he's not on the UK sanctions list. When will the prime minister sort this out?"

Starmer also takes issue with a loophole in the "economic crime bill" that imposes an 18-month grace period for the law to take effect, if and when it's ever signed in the first place. This, Starmer says, could give those with Russian ties a chance to "launder their money out of the UK property market and into another safe haven."

Roman Abramovich, who is not sanctioned, is an example of an oligarch who has a big target on his back. Recently, a member of British Parliament named Chris Bryant called for the British government to seize Abramovich's local assets including his soccer team Chelsea and a number of lavish mansions. 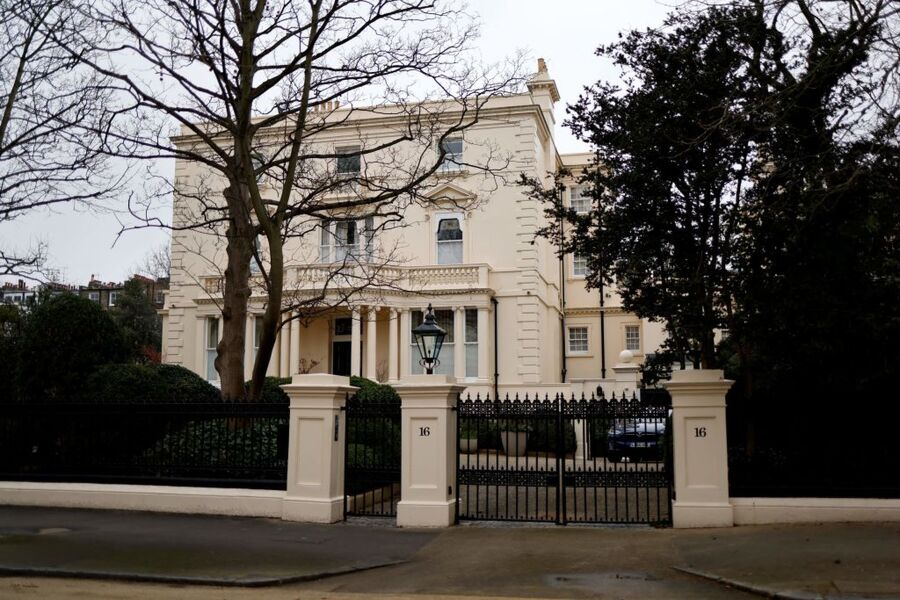 Outside of England he owns a $100 million mansion in the French Riviera, a $20 million ranch in Aspen, a $70 million estate in St. Bart's and FOUR adjacent townhouses in the Upper East Side of Manhattan that are likely worth north of $150 million together.