By Amy Lamare on January 7, 2020 in Articles › Billionaire News

Beyoncé and Jay-Z once rented the superyacht Galactica Star for $900,000 a week. The problem is, their highly publicized outing on the yacht ended up sinking it's owner, Nigerian oil tycoon Kola Aluko. Aluko isn't well known in the U.S. even though he's super famous (more like infamous) back in his home country. The 50-year-old is best known in the U.S. for his ties to the entertainment industry. He once wooed Naomi Campbell, celebrated a birthday with Leo DiCaprio, and, of course, rented his yacht to Beyoncé and Jay-Z for her birthday in 2013. Back then, and really up until 2017, Aluko was all about making headlines next to famous people. Things have changed big time for him, however.

Aluko was targeted in two massive lawsuits. One was brought against him by the U.S. government, which forced him to sell the $80 million yacht he rented to Beyoncé and Jay-Z (which he sold to Jay-Z, for $70 million) and his $50.9 million penthouse at One57 in Manhattan (for $39.9 million). The other lawsuit against him was brought by the Nigerian government, which sought to recover $1.76 billion from him and Olajide Omokore. 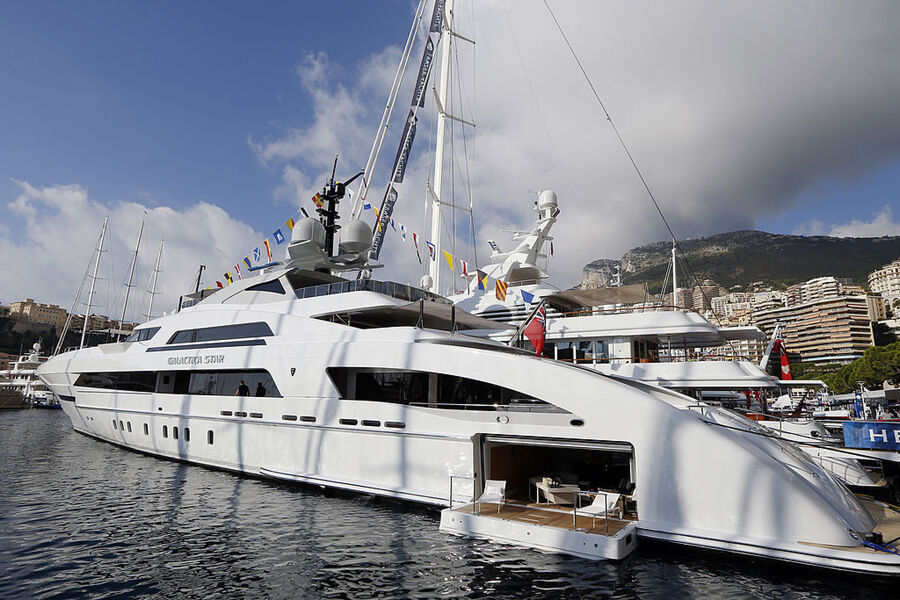 Aluko was accused of bribing the oil minister in Nigeria, Diezani Alison-Madueke, to the tune of that $1.76 billion. Aluko is charged with laundering money in Nigeria, the U.S. and Europe through $144 million in properties, including the condo at One57 and a 213-foot, $80 million superyacht.

One57 is not the first pricey property that Aluko has sold at a bargain price. In recent years, he sold a 2.4-acre estate in Montecito, California to Gwyneth Paltrow for a seriously under-market price of $4.9 million. He also bought a nearly 12,000-square-foot house in Bel Air for $24.5 million and sold it four years later for $21.5 million. That sure does sound like money laundering!

Aluko is accused of going on a spending spree to acquire pricey assets in England, Canada, the U.S.,  Switzerland, the U.A.E., and Lagos with the proceeds from the fraud he perpetrated. He spent the stolen funds on 58 exotic cars, two private jets, and expensive watches.

Reportedly, Aluko was warned against spending lavishly by Nigeria's oil minister. He was particularly advised not to buy the Galactica Star yacht. In a recorded conversation, the then oil minister said: "If you want to hire a yacht, you lease it for two weeks or whatever. You don't go and sink funds into it at this time when the Nigerian oil and gas sector is under all kinds of watch."

Aluko ignored that advice and bought the 213-foot luxury yacht which has a high-end galley, helipad, and several bars and dining areas. Aluko's yacht was, as mentioned, rented by Beyoncé and Jay-Z to celebrate her 32nd birthday in the Mediterranean.

Aluko was on the run from authorities for years. He hasn't sent a Tweet out since 2014. Aluko was last spotted in Hong Kong in May 2017. He can't be served in the multitude of lawsuits against him if he can't be found.