By Amy Lamare on December 21, 2018 in Articles › Billionaire News

Meng Wanzhou is the CFO of electronics firm Huawei. She was recently arrested in Canada. The event put the Chinese mobile and telecommunications giant into the spotlight of Westerners. Most people in North America and Europe know Huawei as the manufacturer of smartphones that compete directly with Apple's iPhone, Google's Pixel, and Samsung's Galaxy phones. In fact Huawei is bigger than Apple and just lags behind Samsung as the second largest smartphone maker in the world. Huawei is headquartered in Shenzhen, China. The company has about 180,000 employees worldwide, which 60,000 of those employees located at its headquarters.

But, why was Meng arrested? U.S. authorities are taking a long, hard look at Huawei, and Meng in particular for violating trade sanctions against Iran. It's making the news because, as it turns out, Meng isn't just Huawei's CFO, she is also Chinese royalty. Her dad is Ren Zhengfei, the founder and CEO of Huawei, he keeps a very low profile despite his reported net worth of $3.2 billion. Ren has been married three times and fathered a slew of sons and daughters who are not at all media shy. 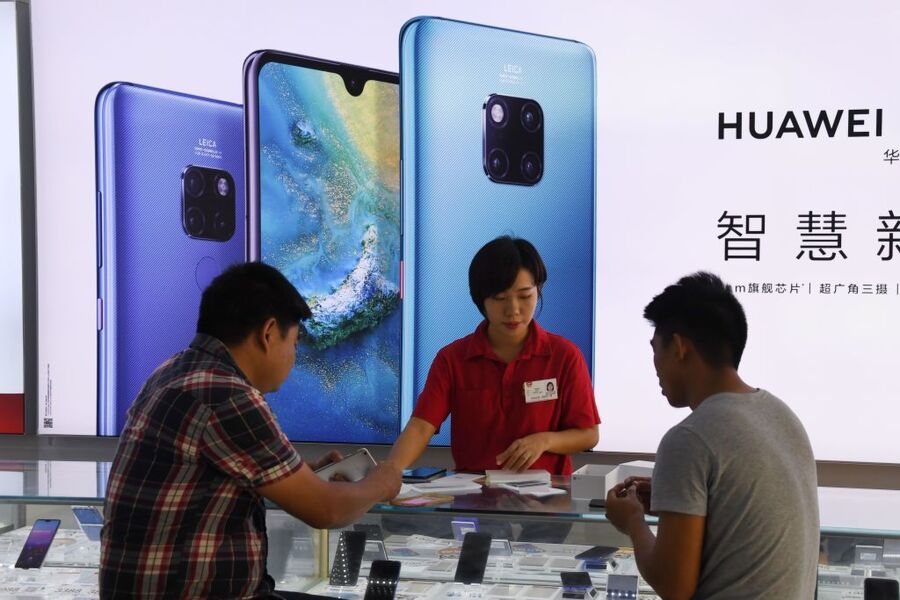 Ren Zhengfei was born in 1944 in China's poorest province, Guizhou. He came of age just before China's Cultural Revolution began. In 2015, Ren told the BBC that his background is humble, but his family had salt to cook with, so they were considered wealthy. He joined China's military as an engineer at the age of 30. That connection still brings up questions about the ties Huawei has to the Chinese army and government. Around the same time, he married his first wife, Meng Jun and in the early 1970s they had a daughter Meng Wanzhou and a son, Ren Ping.

Meng Wanzhou, also known as Sabrina or Cathy, decided to take her mother's last name when she was a teenager. She worked herself up through the ranks to become Huawei's CFO. In December, she was arrested in Canada. U.S. authorities expect that Meng was involved in covering up ties between Huawei and a company that sold Huawei's merchandise to Iran. This is a direct violation of U.S. sanctions. China is furious about Meng's arrest and has demanded that the U.S. drop its arrest warrant against her.

Not much is known about Ren Ping, who also uses his mother's last name and goes by Meng Ping. He appears to not want to have anything to do with the family business.

Ren Zhengfei retired from the Chinese army in 1983. He was 39-years-old. He had a brief stint working in oil and then founded Huawei in 1987. Since that time, Huawei has become the biggest electronics brand in China. Ren divorced his first wife around the same time as he founded Huawei. He married Yao Ling. The couple had a daughter, Annabel Yao.

Annabel is 21-year-old fashionable socialite who posts her exploits on Instagram. She lives the life of a Chinese princess. She is a student at Harvard studying computer science. She is passionate about fashion and ballet. Just before her half sister was arrested, Annabel was attending a high fashion debutante ball in Paris called La Bal des Debutantes. The ball is attended by the children of the rich and famous.

These days, Ren is onto his tired wife. He married his former assistant, Su Wei.

Ren Zhengfei has often said that Meng Wanzhou and Meng Ping do not have the right qualities to lead Huawei in the future. He believes that running the company requires vision, determination, and a long term view. In an email he reportedly wrote: "None of my family members possess these qualities, therefore, they will never be included in the sequence of successors."

Despite that statement, Meng Wanzhou has proven her father wrong to some extents. She joined Huawei in 1993 and steadily rose through the ranks to become its CFO. In March 2018, she replaced her father as vice chairman. Like her father, Meng is a relatively private person. She has two children and resides part time in a large house in the British Properties neighborhood of Vancouver, British Columbia.

Her arrest has raised the tension between the U.S. and China. She was arrested in Vancouver and held on $7.4 million bail. She made bail and will be under surveillance via an electronic angel tag 24 hours a day. She is restricted from leaving the house between 11pm and 6am. She was required to surrender all passports and travel documents. The bail hearing was three days long, during which Meng's attorneys tried to provide guarantees that she was not a flight risk. Canadian prosecutors opposed this.

Meng is now facing extradition to the United States.