Gurinder Singh Dhillon is an Indian guru who runs a large spiritual commune on the river Beas in North India. His group is called the Radha Soami Satsang Beas and it claims to have more than four million followers around the world. The compound on the river Beas is home to more than 8,000 of Dhillon's devotees. Dhillon is rather infamous in the secular world as well. The 64-year-old is a key player in the collapse of the $2.2 billion fortune made through financial and health care empire owned by brothers Malvinder and Shivinder Singh.

The Singh brothers loaned about $360 million to the Dhillon family through their main holding company over the years. Some of that money was financed with money borrowed from the companies the Singhs controlled. The brothers were the heirs to a family business that had been passed down from generation to generation that was once worth billions. However, over the last six months, they've had their public shareholdings seized by banks. They are under criminal investigation by financial authorities for over $3.2 billion in funds that are missing from the businesses they own. They still owe a $500 million fines in connection to fraud allegations in the 2008 sale of drug maker Ranbaxy Laboratories. The brothers also had to give up the family mansion. 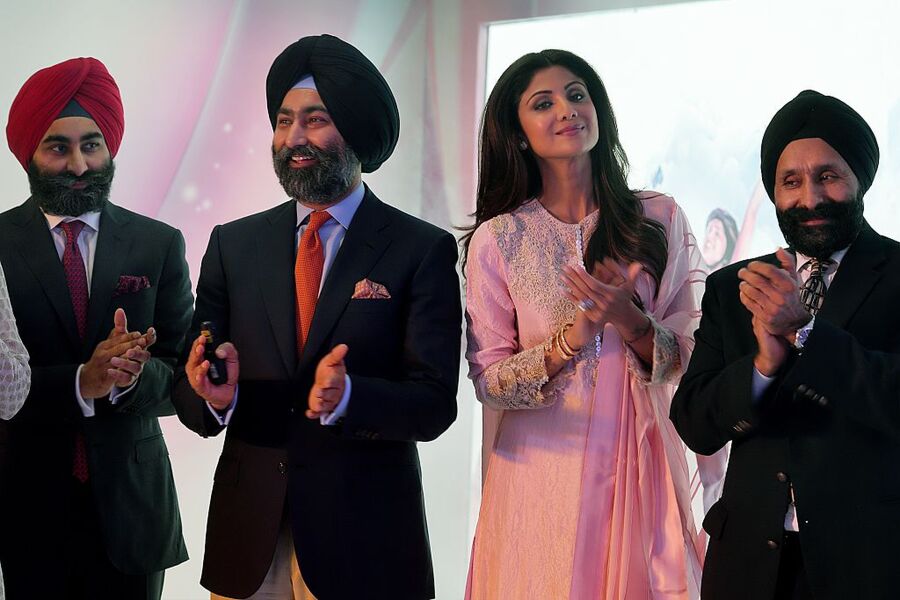 Dhillon is the Singhs' mother's cousin. He became a surrogate father to them after their own dad died in the late 1990s. Dhillon helped the brothers, then in their 20s, in taking control of their father's businesses after his death and guiding them once they did. Ever since that time, the finances of the guru and the brothers have been intertwined. The Singhs made loans to the Dhillon family through shell companies. Malvinder, 45, and Shivinder, 43, expanded the family's two public companies—Fortis Healthcare and Religare Enterprises—rapidly after getting $2 billion from the Ranbaxy Laboratories sale. Not much is known about the huge debt they took on to do so. At the same time, they were also financing a real estate portfolio that was largely owned by the guru's family.

The Singhs have not been charged with any crimes. They feel it is unfair to imply that the guru was a cause of their financial downfall. Dhillon is the brothers' spiritual Master. They believe he had their best interests at heart. They take issues with a follower of the guru, Sunil Godhwani. They allege that Godhwani was chosen to lead Religare Enterprises by Dhillon. The brothers also allege that Godhwani was in charge of their holding company and made decisions about their finances without consulting the brothers. They claim that he is the reason for their financial downfall.

The Singhs appear to be attempting to shift the blame. Earlier this year, it was reported that the brothers withdrew about five billion rupees from Fortis' accounts without board approval. Furthermore, an investor in New York filed a lawsuit accusing the Singhs of siphoning 18 billion rupees from Religare.

The Singhs maintain their innocence. They claim Godhwani was in charge of Religare and their holding company during the period in question.