By Amy Lamare on February 9, 2016 in Articles › Billionaire News

Jilted spouses have used a lot of ploys to get out of ugly and/or expensive divorce cases for as long as people have been getting married. We're not sure, though, that anyone has claimed diplomatic immunity during a potentially expensive divorce settlement… until now.

Saudi billionaire Sheikh Walid Juffali is trying to use diplomatic immunity to avoid a court claim over his $5.7 billion fortune by his ex-wife, former Pirelli calendar model, Christina Estrada. The Sheikh already pays Estrada over $100,000 a month in support. He has also bought Estrada and their 13-year-old daughter a home in Beverly Hills. Additionally, he pays for all of his daughter's expenses. It is his belief that this is more than enough and his ex-wife should have no further claims on his fortune. If Estrada's claim goes through, it will be worth many millions of dollars. Christina is pictured in the center of this photo: 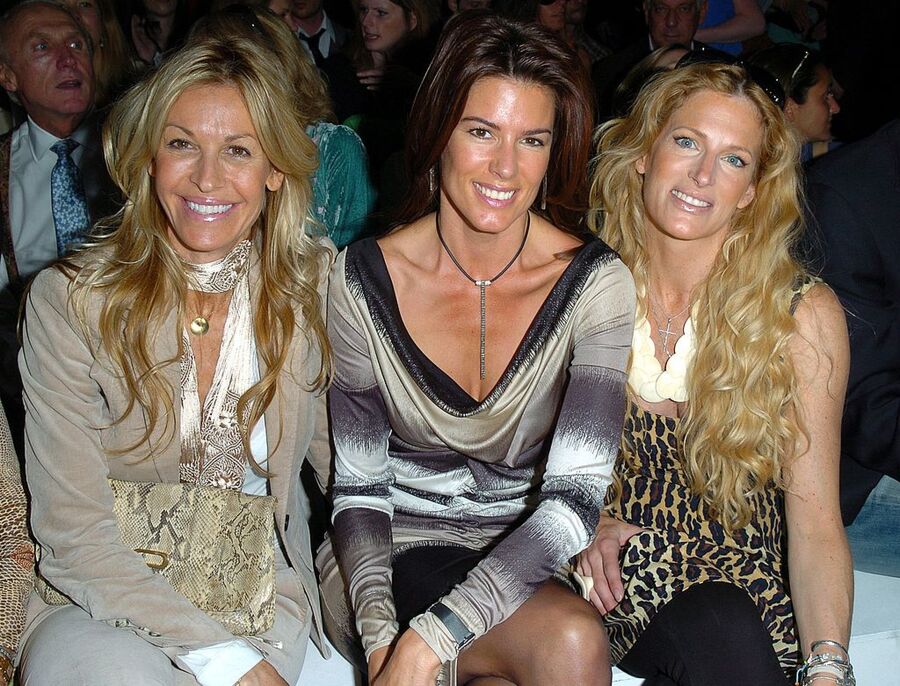 It is not legal for Estrada to bring any financial claims against her ex in his Saudi homeland. Estrada obtained the right to file her case in the High Court Family Division in London, through legal channels and based on the fact that the Sheikh has made London his home for decades and owns substantial property in England, worth in excess of $100 million.

The Sheikh is asking the family court judge to throw out his ex-wife's claim on the basis of the fact that he is protected from legal action in the UK because of the diplomatic immunity he has as a permanent representative to the International Maritime Organization by the island of St. Lucia.

If that sounds shady to you, read on.

The Sheikh obtained the divorce in Saudi Arabia without London-based Estrada's knowledge and only after he married a Lebanese TV presenter. That marriage took place under Islamic law, which permits the Sheikh to have four wives.

Estrada's attorneys argued that the Sheikh's immunity is limited to official, diplomatic functions and is not valid in family court because he is a permanent resident of the UK.

The Sheikh's legal team maintains that he is not a resident of the UK. He owns significant property in Jeddah, Saudi Arabia that they feel should negate his UK residency. If this proves to be the case, the Sheikh would have general immunity from being sued in the UK courts under Article 15 of the International Maritime Organization (Immunities and Privileges) Order 2015.

The government of Saint Lucia has told the UK courts that it will uphold diplomatic immunity for the Sheikh in the family court proceedings.

I believe in the game of chess, they call that "checkmate."