The Royal Family With More Than A Trillion-Dollar Net Worth

Like most royals, the Saudi royal family is incredibly private about their fortune. However, it isn't hard to see evidence of their enormous wealth when they fly around the world on private jets, own several luxury super yachts, own a $450 million DaVinci painting, and have palatial estates filled with gold furniture – including a gold plated Kleenex dispenser. The Saudi royal family is also heavily involved in philanthropy. Recently they pledged millions to a fund for female entrepreneurs run by World Bank. 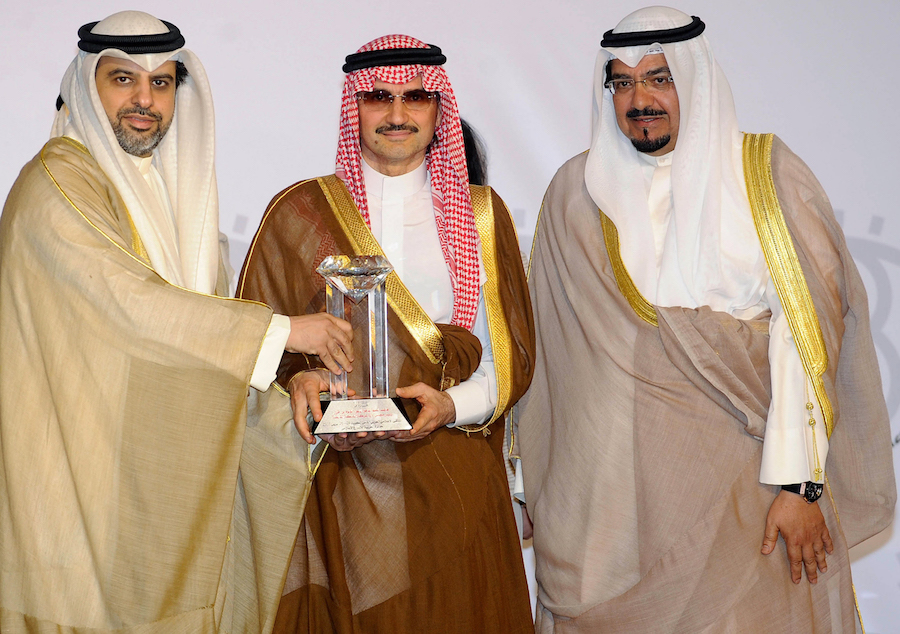 Not surprisingly, the House of Saud's wealth comes from the vast oil reserves discovered more than 75 years ago. Back in the 1930s and 40s, oil really hadn't been found in significant quantities outside of the United States. However, there were rumors and local legends about oil seeping out of the ground in remote villages in Saudi Arabia. So the House of Saud went to check it out.

Oil was discovered on March 3, 1938. This was good news, but the royals still had no idea how much oil they might find. For all they knew, the oil in the remote village of Dammam would be their only discovery.

In 1949, American oil explorer Jean Paul Getty made an investment that most people thought was certifiably insane. Getty took $9.5 million of his own money (roughly $100 million today) and purchased a 60-year exclusive lease to search for oil in the eastern region of Saudi Arabia. Getty then spent an additional $30 million of his own money ($300 million today) to continue his search for oil in the Saudi desert. In 1953, the gamble paid off. From that point forward, his little tract of worthless land would go on to produce 16 million barrels of oil every year.

The next Saudi oil field to strike black gold was the Ghawar oil field, which began full-time production in 1951. That field turned out to be the largest single deposit of crude oil on the planet. During its lifetime, Ghawar is expected to produce 75-83 billion barrels of oil. Today, six of the world's 30 largest oil fields are located in Saudi Arabia.

Because of oil, Saudi Arabia grew into one of the wealthiest and most powerful countries in the world in just 50 years.