The Rise, Fall, Bankruptcy And Sale Of Forever 21

By Amy Lamare on February 14, 2020 in Articles › Billionaire News

The mall's fast fashion landscape has changed. There are no longer Forever 21 stores in practically every mall. The founders, Do Won "Don" and Jin Sook Chang had a nearly $6 billion fortune in 2015. Their retail chain pulled in $4.4 billion in revenue at its peak. Now, the Changs have made a deal to sell their bankrupt retail empire for a relatively meager $81 million. Forever 21's biggest landlords, Simon Property Group and Brookfield Asset Management, as well as Authentic Brands Group, have reached a deal with the company. Authentic Brands Group owns Herve Leger, Juicy Couture, and Nine West among other retail brands as well as the rights to the likenesses of Marilyn Monroe, Elvis Presley, Mohammed Ali, and Shaq. The company also owns Sports Illustrated magazine. The sale is pending a better offer coming in by Friday, February 7, as well as approval from a judge.

The Changs famously immigrated to the U.S. from South Korea in 1981 with no college education and little money. Do Won worked as a janitor and in a coffee shop and  pumped gas at a local gas station. It was while working at the gas station that he noticed all the people who drove the nicest cars were in the apparel business. The couple took the $11,000 in savings they had and opened their first store, Fashion 21 in the Highland Park neighborhood of Los Angeles. As it turned out, Jin Sook, who had been a hairdresser in South Korea, had a knack for spotting trends that were easy to copy. This gave the Changs an edge in the highly competitive garment industry. Every item in the store was chosen by Jin Sook. Merchandise was (and still is) turned over quickly. What was new, hot, and trendy was put at the front of the store. Industry analytics estimate than Forever 21 turns over 20% of its stock every week. That's twice the rate of other clothing stores. The store had $700,000 in revenue in its first year. 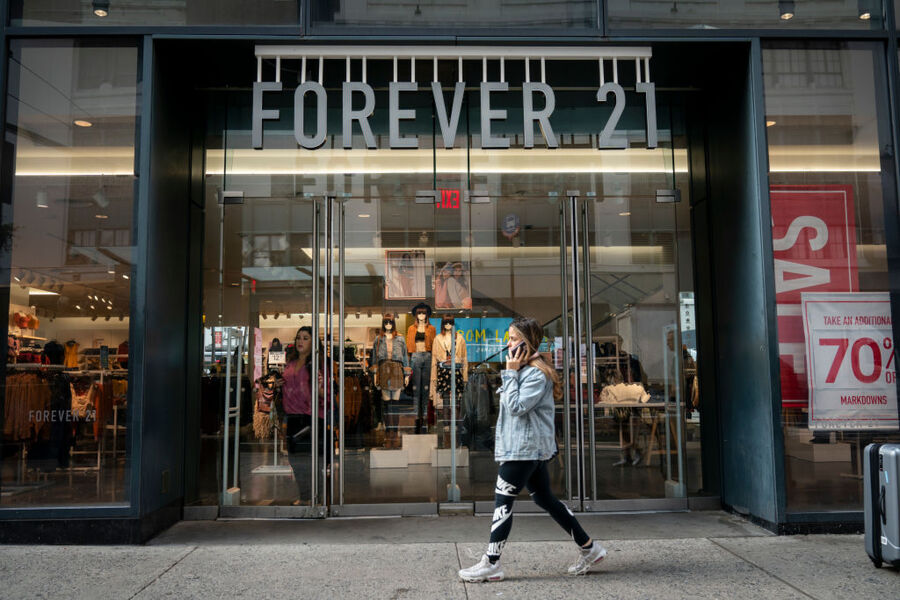 After the success of their first store, the Changs changed the name to Forever 21 and began opening new stores every six months. By 2011 there were nearly 500 Forever 21 stores across the globe and more than $2 billion in revenue. Over the next four years, the couple opened 300 more stores and set a goal to make Forever 21 an $8 billion business by 2017.

Forever 21 is a private company and the Changs own it outright, so if the $81 million sale goes through, they will pocket all of that.