The Rise And Fall Of Chinese Billionaire Ye Jianming, Who Built A $44 Billion House Of Cards

By Amy Lamare on December 20, 2018 in Articles › Billionaire News

Back in the mid-1990s Ye Jianming had a job working in the forest. Twenty years later, he ran a $44 billion business empire. Today he is reportedly under investigation by the Chinese government while his empire crumbles. Oh, and no one has seen him since March. He has vanished. Exactly how his empire fell apart is largely unknown, but at its most successful, Ye's company CEFC China Energy aligned itself so closely with the Chinese government that it was nearly impossible to distinguish between the two.

In 2016, Ye ranked number two on Fortune's 40 Under 40 list. The then 39-year-old appeared to be the unofficial energy envoy of China. He was jetting all over the world meeting presidents of various countries. And then in November 2017 it all came to a sudden halt when U.S. prosecutors alleged that an NGO had used its status with the United Nations to offer millions of dollars in bribes to African leaders. That case is playing out in a courthouse in New York City. 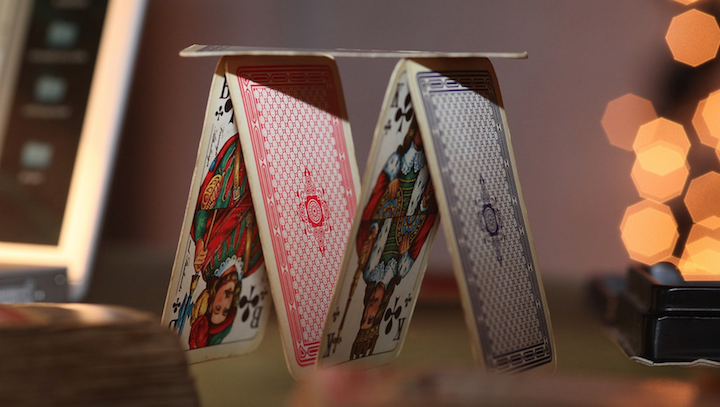 Ye got his first taste of international prominence in the summer of 2015. He'd just completed a buying spree in the Czech Republic. Ye bought Slavia Praha, the country's oldest football club; a brewery, a publishing house, real estate, a share of the Travel Service airline group, and a stake in the investment bank J&T Finance Group. People in the Czech Republic wondered why an energy company would want a brewery? And why was this Chinese company welcomed with such open arms by a country that has been traditionally hostile to China.

From the founding of the Czech Republic in 1993 until 2003, the country was led by Vaclav Havel. During his decade in office, Havel did try to hide his disdain for China's communist rulers. That changed for the country when Milos Zeman was elected to the top office in 2013. Zeman is China friendly and wanted to facilitate trade between Beijing and Prague.

Ye sensed an opportunity in this change in attitude. He was made a special economic adviser to Zeman. Shortly after that, he went on his high profile buying spree. On the surface, the deals made no sense. But, upon closer inspection, they sent a message from Beijing to the world that China had a friend in Europe. This was important to Chinese President Xi Jinping's Belt and Road initiative, which aims to export Chinese commerce, goods, and influence across the globe. That foothold in the Czech Republic offered China a gateway to Europe and a valuable political ally.

By 2018, CEFC China Energy had a global property portfolio worth $3.2 billion including an apartment at Trump World Tower in New York City.

Ye reportedly started out working for the forest police in his early 20s. At the time he somehow had the cash to buy oil assets with cash given to him by businessmen from Hong Kong. What no one could understand is why they'd put a relatively random 20-something in charge of a company. Ye's parents were modest fisherman, not business tycoons.

Ye moved to Shanghai from his home province of Fujian around 2009. He was part of a Fujian clique that rose to prominence together. In Shanghai Ye became the integral figure in a multi-billion-dollar conglomerate of companies based in the Czech Republic, Hong Kong, mainland China, Singapore, and Bermuda. In 2011, his company's NGO, the China Energy Fund Committee was given consultative status at the UN. Many wondered why a private energy company would fund an NGO at the UN. Officially, its mission was to serve as "a high-end strategic think tank" on energy.

Employees of Ye's NGO were rubbing shoulders with some of the most important men in the world at the UN. During the four years after the NGO arrived in Manhattan, CEFC China Energy's revenue grew by 25% annually. CEFC was thriving and Ye jet-setted around the world in his private Airbus.

In September 2017, CEFC China Energy announced that it was buying 14% of Russian oil giant Rosneft. The $9 billion deal was CEFC's highest profile investment to date. The deal never went through. Ye could not get the financing together.

Two months later, on November 18, 2017, Ye's empire began to fall apart. FBI agents arrested Patrick Ho Chi-ping, who ran Ye's NGO. Ho Chi-ping was charged with money laundering and violating the Foreign Corrupt Practices Act. He reportedly offered $3 million in bribes to Idress Deby, the President of Chad and Sam Kutesa, the Ugandan minister of foreign affairs who at the time was the president of the UN's General Assembly.

CEFC distanced itself from the NGO.

On March 1st, Caixin, a respected Chinese financial news outlet, published an extensive forensic investigation into the finances of CEFC China Energy. The report said that the company was a house of card that took out loans to cover loans. Days after the explosive report, Ye was arrested. He has not been seen since. Visits to eight CEFC China Energy registered assets revealed that the company was a ghost. Two locations were brand new office buildings that had never been rented out. One was a state-owned bank.

It turns out that two thirds of CEFC's financing came from the state-owned China Development Bank. Today, state-owned CITIC has taken control of CEFC China Energy's assets in the Czech Republic.

The downfall of Ye comes in the midst of a crackdown in China on debt-ridden private companies. Ye is not the first high profile, wealthy, Chinese person to go missing. Actress Fan Bingbing has been missing since last summer. Casino tycoon Yang Zhuhui went missing in August. Zhou Chengjian, a Chinese billionaire with a net worth of $1.4 billion, went missing on January 6, 2016. Club Med owner Guo Guangchang went missing on December 10, 2015.