We've put together a list of the richest people in the 50 largest cities in the United States. Some of the names, like Bill Gates and Ken Griffin, are familiar. Chances are you know how they made their money (Microsoft and a hedge fund, respectively). Most are not household names. They run the gamut from tech moguls to hedge fund whizzes to a soup heiress to retail magnates and beyond. Do you know who the richest person in your city is? How about in your hometown? Impress your friends with your deep knowledge of the richest people in America's 50 largest cities with our handy guide below.

Anne Cox Chambers is the sole surviving daughter of James M. Cox, the founder of privately held media conglomerate Cox Enterprises. Cox inherited her father's business interests and she is the majority owner of the media giant.

Michael Dell is the founder, chairman and Chief Executive Officer of the computer company Dell Inc. Dell dropped out of college in order to run his computer repair business. This $1,000 venture eventually grew to become Dell, Inc. 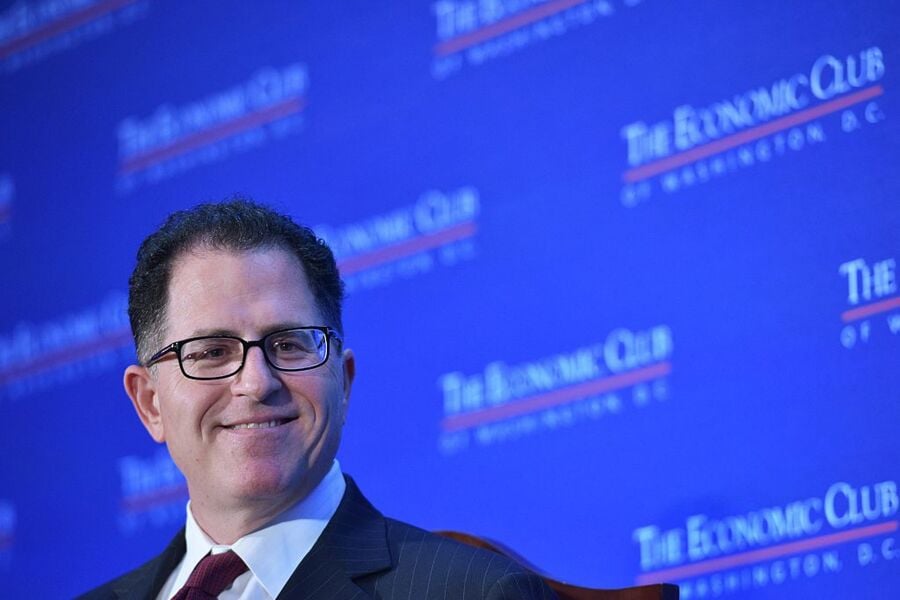 Garry Drummond is the Chairman and Chief Executive Officer of the Drummond Company, a private coal company active in Alabama and Colombia. His father Heman Edward Drummond founded the company in 1935.

Abigail Johnson is the CEO of Fidelity Investments, an asset management and finance services giant that was started by her father Edward "Ned" Johnson III. Abigail got her start in the family empire before even starting college. Initially, Abigail served as a gopher, with her duties limited to taking orders from customers by phone.

Jeremy Jacobs, Sr. is the owner of the Boston Bruins and is also chairman of Delaware North. Delaware North is a global hospitality and food service business founded by Jacobs's father and uncles. It is headquartered in Buffalo, New York. The company is in the lodging, sporting, airport, gaming and entertainment industries.

Ken Griffin was in Daytona Beach, Florida, and went on to graduate from Harvard University. He began trading while in college, and had made a million dollars by the time he graduated. He launched his own hedge fund company, Citadel LLC, in 1990.

Ken Oaks founded Total Quality Logistics, one of the most successful trucking companies in the U.S. His company puts together deals between truckers who want to be on the road and companies who need products moved across the country.

Norma is the widow and Nancy and Randolph are the children of the late Al Lerner, who was the Chairman of the Board of credit card giant MBNA.

Leslie Wexner is the billionaire founder of Limited Brands Corporation which owns The Limited, Express, Victoria's Secret, Bath & Body Works, and a slew of other retail giants that reside in nearly every mall and shopping center.

The heiress to Wal-Mart is the third-richest woman in the world, behind her sister-in-law, Christy Walton. Alice is the Walton family's biggest philanthropist, giving more than $2 million in 2012 to support charter school initiatives.

Charles Ergen is one of the founders and chairman of EchoStar Communications Corporation, the parent company of Dish Network.

Dan Gilbert is the founder and CEO of Quicken Loans. He is also the owner of the NBA's Cleveland Cavaliers. Quicken Loans was originally called Rock Financial. The company's name was changed after it was purchased by Intuit, Inc. 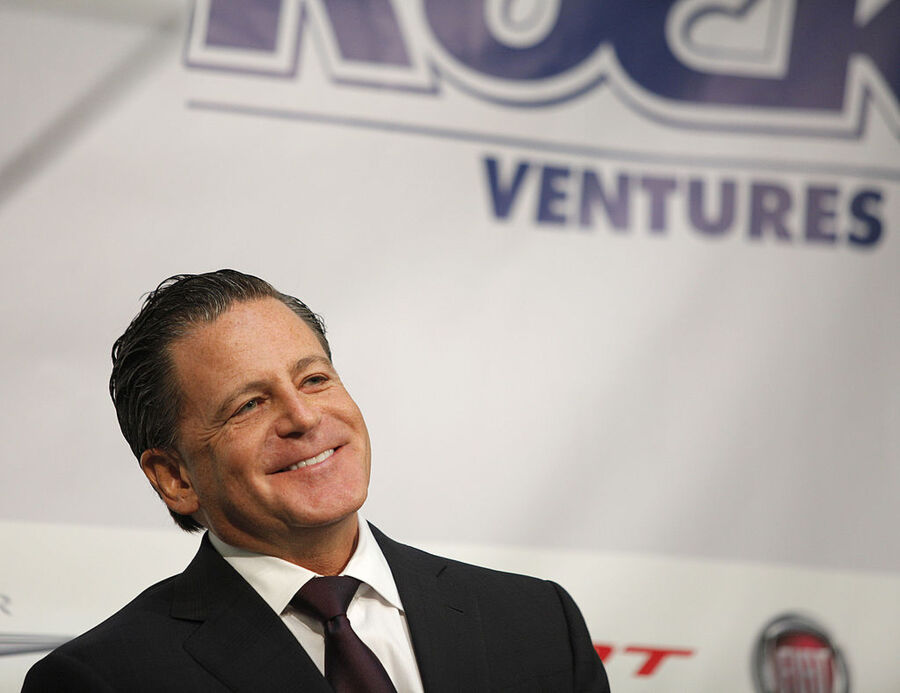 Mark Bertolini is the CEO and Chairman of healthcare giant Aetna. Bertolini held executive positions at Cigna, NYLCare Health Plans, and SelectCare before joining Aetna in 2003.

Richard Kinder is the former president and COO of Enron. He left Enron to launch his own energy company with former classmate, William V. Morgan, and they subsequently purchased Enron Liquids Pipeline for $40 million, then merged it with KN Energy. Their company Kinder Morgan Energy Partners, now owns the largest natural gas pipeline network in the United States.

Herbert and his brother Mel Simon founded the Simon Property Group, which is the largest real estate investment trust in the United States. The company primarily develops shopping malls and the Premium Outlet Centers. Herb owns the NBA's Indiana Pacers.

Wayne Weaver worked his way up the ranks of the Brown Shoe Company. Today he owns the shoe store chains Shoe Carnival and Nine West. He was also the first owner of the Jacksonville Jaguars of the National Football League from 1993 to 2011.

Min Kao spent years as a systems analyst at Teledyne Systems and Nasa. He is the co-founder of Garmin Corporation.

Sheldon Adelson hit the big time when he created the COMDEX trade show for the computer industry in the early 1980s. He is the CEO and Chairman of the Las Vegas Sands Corp., which owns and operates the Sands Expo and Convention Center and The Venetian in Las Vegas. He is also the owner of the Las Vegas Review Journal newspaper.

Patrick Soon-Shiong is a surgeon and drug developer who founded the biotech company Abraxis Bio Science. He developed Abraxane, a revolutionary drug used in the treatment of breast, lung and pancreatic cancers. He is part owner of the Los Angeles Lakers. 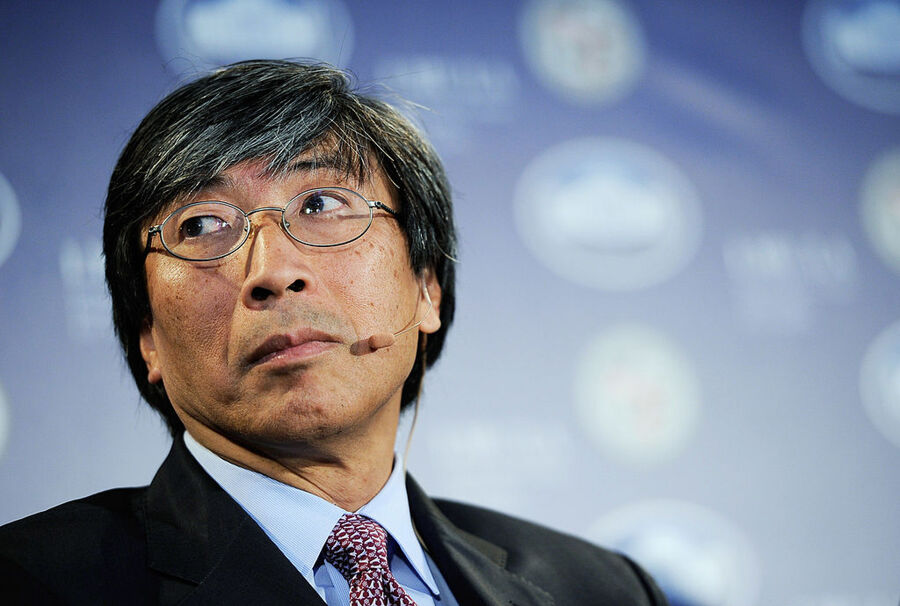 John Schnatter is the founder and CEO of Papa John's Pizza chain. Schnatter has become a national celebrity thanks to his appearance in commercials for Papa John's, which end with the brand's signature tag line "Better Ingredients. Better Pizza. Papa Johns."

Fred Smith is the founder and CEO of FedEx. He outlined the idea for the worldwide shipping company in a graduate school paper and famously used the last $5,000 in the company's bank account to fund a Las Vegas gambling weekend that saved FedEx.

Thomas Peterffy began his professional career as a computer programmer, designing trading software. He bought a seat on the American Stock Exchange and began doing his own trading. In the early 90s, and Peterffy launched his own company, Interactive Brokers, an electronic brokerage firm.

Herb Kohl made his fortune by founding Kohl Investments, which he sold to Goldman Sachs. He also inherited Kohl's, a chain of 50 grocery stores, department stores, pharmacies, and liquor stores. He was Kohl's CEO from 1970 until the sale of the company in 1979. He is also the former owner of the NBA's Milwaukee Bucks.

Whitney MacMillan is the heir to the Cargill fortune. He is the last descendent of the family to serve as CEO of the company.

Thomas Frist co-founder the Hospital Corporation of America in 1968 with his father. His fortune grew when shares of HCA Holding had huge gains during the 2014 healthcare overhaul.

Tom Benson made his fortune in banking and car dealerships in New Orleans and San Antonio. He is the owner of the NFL's New Orleans Saints. 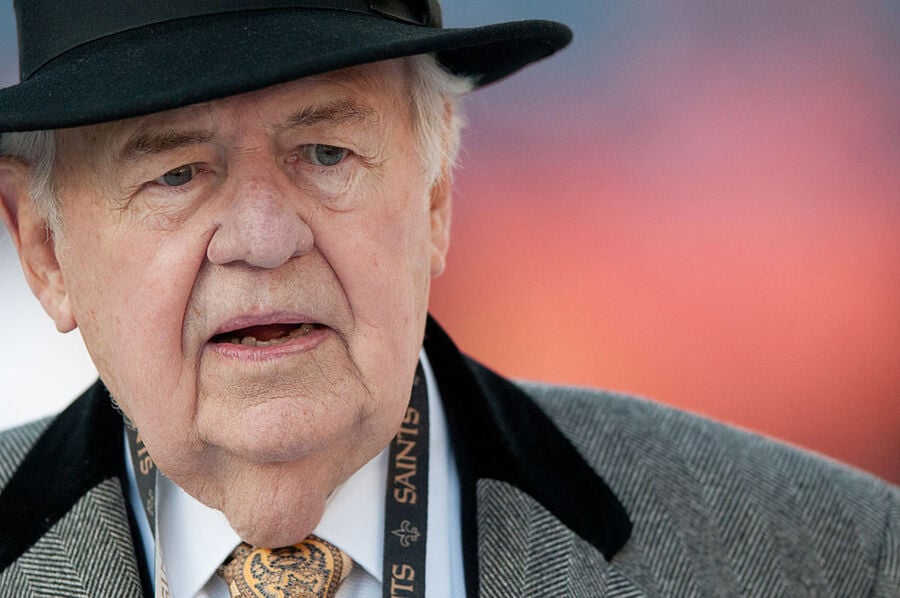 Harold Hamm made his billions in the oil industry through his companies Hiland Partners and Hiland Holdings as well as the Oil-exploration Company Continental Resources.

Mary Alice Dorrance Malone is an heiress to the Campbell's Soup fortune. Her grandfather founded the company. She sits on the board of the world's largest soup maker.

Bruce Halle is the billionaire founder of the Discount Tire retail chain. The company holds the Guinness World Record for the longest running commercial. Their primary television spot has remained the same since 1975.

Henry Hillman inherited his father's company, Pittsburgh Coke & Chemical. He expanded the company, investing in a range of things, including real estate, venture capital opportunities, and private equity. Many of his gambles paid off, including his investment in the very successful venture capital firm, Kleiner Perkins Caufield & Byers.

Phil Knight is the co-founder of Nike. Knight and legendary University of Oregon track and field coach Bill Bowerman founded Blue Ribbon Sports in 1964. That company changed its name to Nike and grew into a global leader in athletic shoes and apparel.

James Goodnight is the co-founder and CEO of business analytics software firm SAS Institute. He founded the company in 1976. Goodnight owns two-thirds of the company and has been the CEO for more than three decades.

Bruce Gottwald's late father Floyd owned a small paper company when he acquired Ethyl Gasoline Corporation in 1962 for $190 million. Bruce served as CEO from 1984 to his retirement in 2014.

Michael Teel is the grandson of the founder of Raley's Family Markets supermarkets. He is the majority owner of the more than 100 store chain.

Gail Miller is the widow of Larry H. Miller. When he died in 2009, Gail assumed 100% ownership of their businesses, consisting of 54 car dealerships in Utah, Colorado, Arizona, New Mexico, Idaho, Washington, and California, a movie theater chain and the NBA's Utah Jazz.

In 1971 Charles Butt took over the family grocery store business- HEB. The store's name comes from the initials of Howard E. Butt, Charles Butt's father. Since then, the business has continued to grow into one of the largest privately held companies in America.

Gwendolyn Sontheim Meyer is the great great granddaughter of Cargill Inc.'s founder William W. Cargill. She owns 9% of the largest private company in the States, Cargill.

Larry Ellison is the billionaire founder and CEO of the software firm Oracle. He owns the Hawaiian island Lanai. 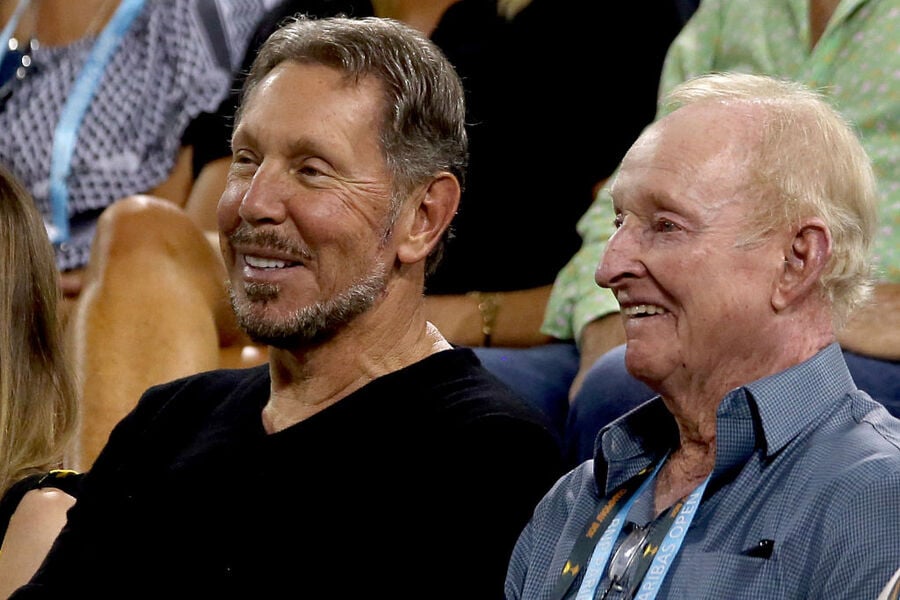 Mark Zuckerberg is the founder of Facebook.He started the social networking site from his Harvard dorm room.

Bill Gates is the co-founder of Microsoft and one of the architects of The Giving Pledge.

Edward DeBartolo inherited DeBartolo Realty Corporation from his father, and merged it with Simon Property Group in the late 90s. The merger created one of the largest real estate conglomerates in US history. He purchased the San Francisco 49ers in 1977, and during his twenty-three years as owner of the team, they won a record five Super Bowls.

Winnie Johnson-Marquart is the great-great granddaughter of Samuel Curtis Johnson, the founder of S.C. Johnson & Son.

Jacqueline Mars is the daughter of Forrest Mars, Sr., and granddaughter of Frank C. Mars, founders of the world's largest candy company Mars, Incorporated. Mars is the 15th richest American and fourth richest woman in the world. Jacqueline and her two brothers inherited the candy empire when their father died.