The Richest People In Seattle

By Amy Lamare on October 20, 2020 in Articles › Billionaire News

Ah, Seattle. It's such a great and beautiful city. It's also a hub for the technology and coffee sectors. It's the largest city in Washington and the metro area is home to about four million people. It's been one of the fastest-growing cities in the U.S. for years – and why not? So many parts of the Seattle-Tacoma area have gorgeous water views and despite the relative lack of sunshine for so much of the year, the region has pretty mild weather in general. It's home to the Seahawks and Sounders and Mariners. It's home to Amazon and Microsoft and Starbucks. Seattle is the northernmost large city in the U.S., located just about 100 miles south of the Canadian border. It's also home to 10 billionaires – most notably Jeff Bezos and Bill Gates – the two richest people on the planet. Is it something in the water there?

After graduating from Stanford, Craig McCaw decided to focus on rebuilding his family's struggling broadcasting company. He rebuilt their broadcasting network, and by the 1980s, his family's firm was the 20th largest cable carrier in the United States. He also began to invest in the cellular industry in the 80s and went on to sell portions of MCI to Comcast, and his own cellular company to AT&T. He also pulled Nextel back from the brink of failure and went on to sell it to Sprint. Each sale was a multi-billion dollar transaction. 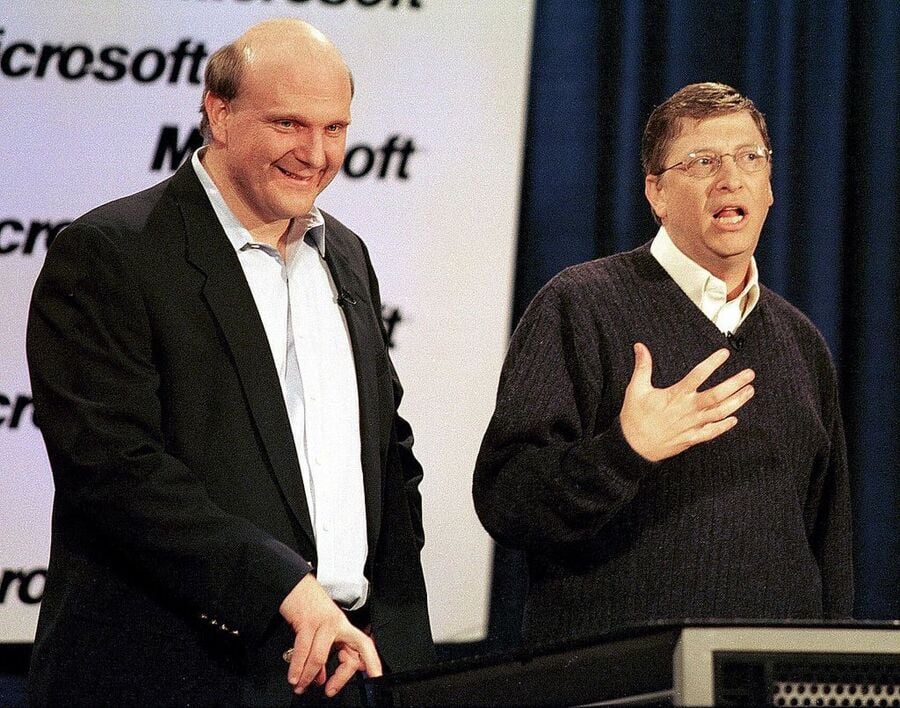 Jim Sinegal co-founded Costco with Seattle retailer Jeff Brotman in 1983. Sinegal turned Costco into one of the most popular discount warehouse stores in the U.S. Costco offers a wide range of services that span from selling fresh fruits to offering eye care, clinics, and pharmacies. Costco services also expand to gas stations, offering low-priced gas across the United States.

Bill France took over NASCAR from his father when it was a regional stock-car racing attraction, and transformed it into a multibillion-dollar enterprise with a national presence. France, Jr. had been in declining health since having a heart attack in 1997 at a NASCAR race in Japan. He turned over his roles as chairman and chief executive of NASCAR to his son Brian in 2003.

While working for a Swedish coffee company, Howard Schultz was introduced to a group of Seattle-based coffee makers that had started a company called Starbucks Coffee Company. He became their Director of Marketing. He suggested that they take their coffee company in the same direction as the coffee shops in Italy, but they were not interested in creating a "café-like" culture. He started his own coffee shop, Il Giornale, and ultimately bought Starbucks from the original owners. He grew the company to the billion-dollar industry it is today.

James Jannard founded Oakley in 1975. The company was originally devoted to selling rubber grips for BMX bikes and motorcycles. He launched the company from the trunk of his car. Nine years later, he began making sunglasses. In 2007 Jannard sold Oakley to an Italian company, Luxxotica for $2.1 billion. He did not sell 100% of the company. He reportedly maintains a significant stake and continues to earn dividends from Oakley's profits. In 2005 Jim Jannard founded the digital camera company, RED. RED has gone on to become a very successful company, with its cameras used to shoot such feature productions as "The Social Network," "The Girl with the Dragon Tattoo," and "The Hobbit," among many others.

Gabe Newell left Microsoft to found the game development company Valve in 1996. He used his own money to fund Valve through the development of the video game Half-Life and the GoldSrc game engine. Valve has gone on to produce such other popular video games as Counter-Strike, Day of Defeat, Portal, and others.

MacKenzie Scott is Jeff Bezos' ex-wife. She changed her last name to her middle name in the fall of 2020. On July 13, 2020, with Amazon breaking $3,300 a share, MacKenzie became the richest woman in the world for the first time. She actually did not hold on to the title for the full day. On January 9, 2019, Jeff and MacKenzie Bezos announced that they were divorcing after 25 years of marriage. They married in 1993, one year before Jeff founded the company that would one day make him the richest person on the planet. At the time of their divorce announcement, Jeff had a net worth of $136 billion. On April 4, 2019, MacKenzie announced over Twitter that she and Jeff had finalized their divorce and that she had been given just under 20 million shares in Amazon. At the time of transfer, those shares were worth $35.6 billion. She is a member of the Giving Pledge.

Steve Ballmer is best known for his association with Microsoft and for owning the Los Angeles Clippers. The vast majority of Steve Ballmer's net worth is derived from his 333.3 million shares of Microsoft stock. Over the years he has sold $3.4 billion worth of stock and collected roughly $4.5 billion from dividends. Despite being a multi-multi-billionaire, Ballmer still drives a Ford in honor of his father who was a Ford manager.

Bill Gates co-founded the software company Microsoft with the late Paul Allen. He is one of the pioneering entrepreneurs of the personal computer revolution. Today he owns less than 1.3% of Microsoft. Over much of the last 20 years, Bill Gates has been the richest person in the world. Jeff Bezos took over this title in July 2017. He is one of the founders of The Giving Pledge.