By Amy Lamare on October 25, 2020 in Articles › Billionaire News

Israel Englander is best known as the founder of Millennium Management LLC, a global investment management firm he founded in 1989. The company has evolved into a multi-billion dollar business that makes profits through the use of low-risk management strategies. 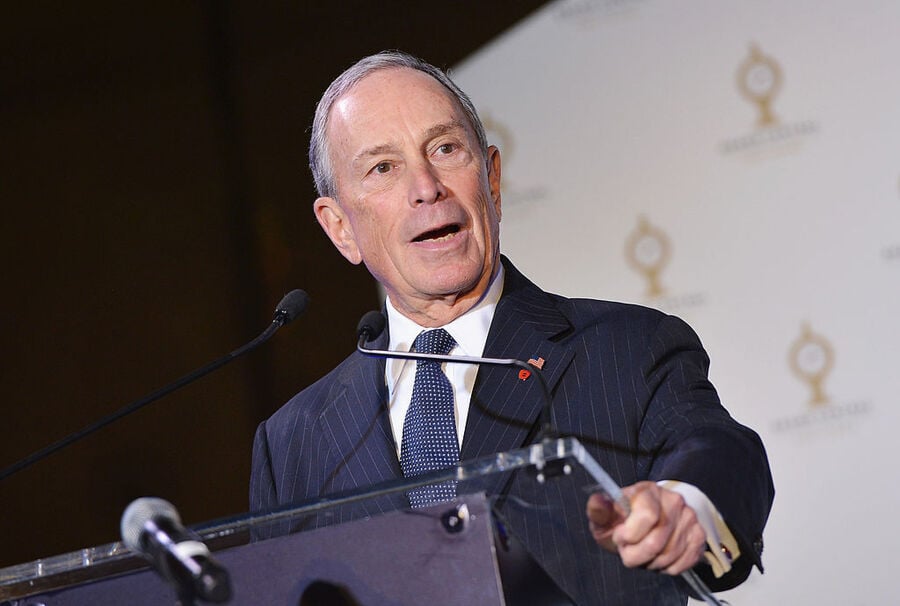 Ronald Perelman is best-known for his company MacAndrews & Forbes Holdings Inc., which he used in the 1980s, to acquire cosmetics company, Revlon. He has investments in a wide range of industries including those dealing with groceries, cigars, licorice, makeup, cars, television, camping supplies, banks, comic book publishing, and more.

Bruce Kovner is the founder and chairman of Caxton Associates, a hedge fund that trades a global macro strategy. Not only that, the company is the main source of Kovner's wealth, but it is also regarded to be one of the world's top and largest 10 hedge funds with an estimated $14 billion under management.

Ralph Lauren launched his first full menswear line and named it 'Polo' in 1968. By 1969, the department store Bloomingdale's sold his line exclusively. He continued to expand his offerings, launching a line of tailored shirts for women featuring the now-famous Polo player emblem in 1971, quickly followed by his first full women's collection in 1972. In 1971, he also opened his first store on Rodeo Drive in Beverly Hills, California. This store made history as the first freestanding store by an American designer. The brand's signature cotton mesh Polo shirt (with the Polo player logo on the chest) was launched in 1972, in 17 different colors.

Henry Kravis is the co-founder of Kohlberg Kravis Roberts & Co., a multinational private equity firm specializing in leveraged buyouts. Headquartered in New York, the company was founded in 1976. Over the years, Kohlberg Kravis Roberts & Co. has invested heavily in other enterprises like Regal Entertainment Group, Hospital Corporation of America, Duracell, First Date, Playtex, and Toys "R" US.

Valerie Mars is a fourth-generation member of the Mars family. Her father was Forrest Mars Jr. and her three sisters are Pamela Mars-Wright, Marijke Mars, and Victoria B. Mars. In 2016 she inherited about 8% of Mars Inc. which made her a billionaire.

David Siegel is an American computer scientist, entrepreneur, and philanthropist. He co-founded Two Sigma, where he currently serves as co-chairman.

David Shaw is the founder of the hedge fund company D.E. Shaw & Co., which employs mathematical computer-driven algorithms for securities trading. His firm is a pioneer in high-speed quantitative trading, thus Shaw is known as "King Quant."

Stephen Ross is the founder, chairman, and majority owner of The Related Companies, a global real estate development firm that is probably most notable for developing the Time Warner Center and Hudson Yards in New York. Stephen is also the principal owner of the Miami Dolphins.

George Soros is chairman of the Open Society Institute and Soros Fund Management and is a former member of the Board of Directors of the Council on Foreign Relations. Soros played an important role during the peaceful transition from Communism to Capitalism in Hungary from 1984 to 1989.

Leon Black is the co-founder of private equity behemoth Apollo Global Management which today has more than $300 billion in assets under management. He serves as Apollo's Chairman, CEO, and Director. He is an avid art collector and is the chairman of New York's Museum of Modern Art.

Donald Newhouse's net worth has been accumulated through his association with the famous Newhouse publishing family. The company publishes a huge amount of newspapers and magazines in the U.S., including The New Yorker, Vogue, and GQ.

Carl Icahn formed Icahn & Co. in 1968 and took controlling positions in various corporations such as RJR Nabisco, Texaco, TWA, Phillips Petroleum, Western Union, Viacom, Uniroyal, Marvel Comics, Revlon, Blockbuster, Time Warner, and Motorola. His reputation developed as that of a ruthless raider after a hostile takeover in 1985 of TWA.

Rupert Murdoch is the founder of News Corp. He established the style of the modern-day tabloid paper. By the late 60s, he had begun to buy up newspaper companies in the UK and had expanded into music acquisition and publishing as well. In the late 80s, he expanded into cable television, launching Britain's most popular pay-tv provider. He has been incredibly influential in the political sphere due to his money and broadcasting power.

Stephen Schwarzman began his career in finance while still in college, and then began working for Lehman Brothers after completing his graduate school education. He went on to become a managing director at Lehman Brothers, and then the Head of Global Acquisitions and Mergers. He left the firm in the mid-80s to co-found The Blackstone Group, a firm focused on acquisitions and mergers. His business partner retired in 2008, and he is now the sole owner and CEO of the company. The Blackstone Group currently manages nearly $190 billion in assets for various companies

Leonard Lauder the chairman emeritus of cosmetics brand Estée Lauder. He is also the chairman of the Whitney Museum of American Art – he has stated publicly that his "dream job" would be to serve as the director of the museum.

Jim Simons is a mathematician and hedge fund manager who is the founder and CEO of Renaissance Technologies. He also holds a position as trustee for Brookhaven National Laboratory, the Institute for Advanced Study at Rockefeller University, Mathematical Research Institute in Berkeley, and is a member of the board at MIT Corporation.

Julia Koch inherited her fortune as the widow of billionaire tycoon David Koch. She was married to David Koch from 1996 until his passing in 2019. The couple had three children together: Mary Julia; John Mark; and David Koch Jr. Julia and her children inherited a 42% stake in his company Koch Industries upon his death in August 2019.

Michael Bloomberg is the founder of financial news and information services media company Bloomberg LP. He owns 88% of the privately held company. Michael is also notable for being the former Mayor of New York City. He is one of the wealthiest people in America and the world.