The Richest People In Miami

By Amy Lamare on October 20, 2020 in Articles › Billionaire News

Miami, and South Florida in general, is a tropical playland for the rich. The greater Miami area is home to nearly seven million people. The city is the second-most populous city on the East Coast and the seventh-largest in the country. It is the financial and business capital of Latin America. South Florida's main industries are finance, commerce, culture, arts, and international trade. It has the largest economy in Florida, by far. Palm Beach, Boca Raton, Bal Harbour, and other ritzy Miami enclaves regularly make the list of the most expensive zip codes in the U.S. It's no surprise then, that 22 billionaires call the Miami area home.

Jim Clark started Silicon Graphics Inc. (SGI) in 1981. The company soon became the world leader in the production of Hollywood movie visual effects and 3-D imaging. Despite SGI's success, he left the company in 1994. At the same time, he and Marc Andreessen set up Netscape, which was instrumental in the launch of the Internet IPO boom on Wall Street during the mid to late 1990s. Among other things, Netscape developed the Secure Sockets Layer Protocol (SSL) for securing online communication, as well as JavaScript, the most widely used language for client-side scripting of web pages. However, Clark would move on once again, this time with the sale of the company to America Online in 1999 and the start of another venture called Healtheon, which today operates under the name WebMD. 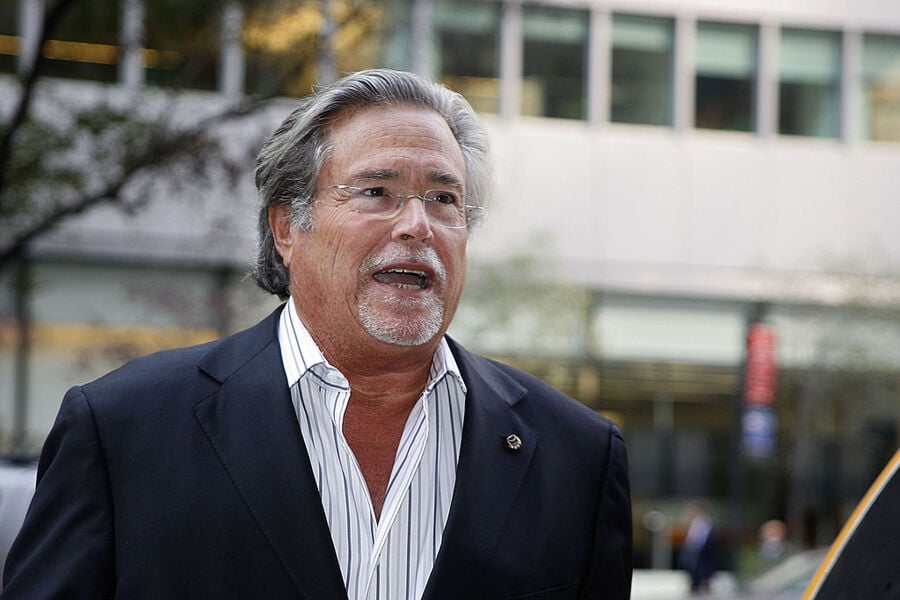 Norman Braman is best known as a former owner of the NFL's Philadelphia Eagles. Norman Braman started his career as a research analyst for a liquor company. After he set up vitamin retailer Keystone Discount Stores, he decided to merge it with Philadelphia Pharmaceuticals in 1967 and then moved to Florida. Five years later, he bought a Cadillac dealership in Tampa and today owns 23 franchise locations in Florida and Colorado.

C. Dean Metropoulos formed International Home Foods in the mid-90s and managed to successfully re-launch several brands which were all in decline. Those brands included Chef Boyardee, PAM Cooking Spray, and Bumble Bee Seafoods, most notably. He sold the company for almost $3 billion four years later. He then performed the same magic with Aurora Foods by buying it, merging it with Pinnacle Foods, and reselling the new company for $2.2 billion. He now runs his own private equity firm, Metropoulos & Co., which purchased Pabst Brewing Co., North America's largest remaining independent brewing company, for $250 million dollars in 2010.

John Henry owns The Boston Globe, the Boston Red Sox, the Liverpool F.C., and co-owns Roush Fenway Racing. He earned his first fortune trading agricultural futures. In 1981, he launched his own firm, John W. Henry and Company. Henry started trading corn and soybean futures to learn the basics of hedging the price risk of holding an inventory of these commodities. Henry, a former owner of the Florida Marlins, bought the Boston Red Sox in 2002 with the express goal of "breaking the Curse of the Bambino." The Red Sox went on to win World Series titles in 2004, 2007, 2013, and 2018.

William Berkley founded W.R. Berkley Corporation in 1967. He took the company public in 1973. He has been the chairman of the board of NYU, his alma mater, since 2014.

William Wrigley, Jr. is the great-grandson of the first William Wrigley, Jr., who launched the Wrigley Company in 1891. His original intention was to sell soap and baking soda, and he gave away chewing gum as a way to induce people to buy his soap. However, the gum became more popular, and he began to develop various flavors. The Wrigley Company went on to become one of the most successful candy companies in the world. William Wrigley, Jr. II began working for the family company in 1985. He worked his way up the ladder, eventually serving as CEO until 2006. After selling the company to the Mars Corporation in 2008 for $23 billion, he stayed on as Chairman until 2011.

Jeff Greene began investing in properties while he was still attending business school. Currently, he owns about 1,150 units in Palm Beach, over 3,500 apartments in Los Angeles, and three buildings in Manhattan.

Herbert Wertheim started his career as a NASA engineer at Cape Canaveral where he designed a machine to make 15-inch, no-drip beeswax candles. He then went on to found Brain Power, Inc. in 1970. The company makes tints for eyeglasses. He made his first million by 1975. He took the profits from Brain Power and put them into a diversified stock portfolio that has made him a billionaire.

Igor Olenicoff amassed the majority of his fortune in real estate as the owner of Olen Properties. Olen Properties currently controls 6.4 million square feet of office space and over 12,000 apartments and other residences in Florida, Arizona, and Las Vegas.

Rakesh Gangwal is the co-founder and 37% owner of IndiGo Airlines. He is the former chief executive officer and chairman of U.S. Airways.

Leon Cooperman was hired by Goldman Sachs almost immediately after graduating from his MBA program and began working in asset management for the company. Over the course of the next 25 years, he rose to become a general partner, and then Chairman and CEO of Asset Management. He left the firm in the early 90s to launch his own private company, Omega Advisors. In addition to serving as the CEO of Omega, he is also on the Board of Directors for Automatic Data Processing.

J. Christopher Reyes and his brother, Jude, purchased a beer manufacturer based in South Carolina in the mid-70s, for $74,000. Next, they bought up Chicago Beer Systems. Fast-forward to 2012, and their company, Reyes Holdings, is now the largest beer distributor in the US. They have since expanded into other distribution markets, including buying up Martin-Brower, the distribution company in charge of McDonald's distribution in the United States. The company has since expanded McDonald's distribution to Canada, Latin America, and Ireland. They also purchased Reinhardt Foodservice, another successful food distribution company.

Russ Weiner is the founder, creator, and CEO of the Rockstar Energy Drink company. Weiner owns 85% of the company which in 2014 was valued at $1.8 billion and today is valued at more than $5 billion.

Terrence Pegula founded East Resources, a natural gas drilling company, in 1983. In 2000, he also bought up Pennzoil Assets. In 2010, he sold East Resources to Royal Dutch Shell for $4.7 billion. He then used a portion of his funds to purchase the Buffalo Sabres NHL team and the Buffalo Bandits lacrosse team for $189 million. On September 9, 2014, it was announced that a group of investors led by Terry had won the right to purchase the Buffalo Bills NFL franchise for $1.4 billion.

Dirk Ziff's father, William Ziff, Jr., co-founded the Ziff-Davis publishing empire. The company published such periodicals as Car and Driver, Popular Aviation, and PC Magazine. Mr. Ziff and his two brothers inherited their father's fortune after his retirement in the mid-90s. The elder Mr. Ziff had just sold the company to Forstmann-Little for $1.4 billion. The brothers launched their own investment firm, Ziff Brothers Investments, and subsequently grew their fortune through successful investments in real estate, various equities, debt, commodities, and hedge funds. Ziff Brothers also own a 10% stock in Och-Ziff Capital Management, another hedge fund.

Charles Johnson is the former chairman of Franklin Templeton Investments, the financial firm founded by his father. He became CEO of the company In 1957, at the age of 24, and is credited for taking the company public in 1971. He is also the owner of the MLB's San Francisco Giants.

Micky Arison is the CEO of the cruise ship company Carnival, which was co-founded by his father Ted Arison. Micky is also the owner of the NBA's Miami Heat.

Thomas Peterffy began his professional career as a computer programmer, designing trading software. Soon after, he bought a seat on the American Stock Exchange and began doing his own trading. Fast-forward to the early 90s, and Mr. Peterffy launched his own company, Interactive Brokers, an electronic brokerage firm. The company was incredibly successful, and its investors received a $1 billion payout in 2010.