The Richest People In Houston

By Amy Lamare on October 5, 2020 in Articles › Billionaire News

John Arnold began his career as a trader for Enron, and was so successful, that when Enron collapsed in 2002, he was able to use his earnings to create his own company, Centaurus Advisors, LLC. Centaurus was a hedge fund that specialized in trading energy products. In 2006, he pled the 5th Amendment after being asked if he had ever manipulated the Western energy markets while at Enron. He signed the Giving Pledge in 2010 and gave more than $100 million in 2011. He and his wife founded the Laura and John Arnold Foundation and in 2012 they gave away over $400 million. John is married to Laura Elena Munoz and the couple has three children.

Dan Friedkin is the owner and chairman of Gulf States Toyota, an auto distributorship which has exclusive rights to import and distribute Toyota vehicles in Arkansas, Louisiana, Mississippi, Oklahoma, and Texas. The company makes nearly $8 billion in sales and is the largest private business in Houston. The company was founded by Dan's father Thomas Hoyt Friedkin in 1968 and was turned over to Dan in 2001. Dan also founded a film company, invested in a luxury hospitality management firm, and purchased a golf course. The Friedkin family also established the Friedkin Conversation Fund and have contributed more than $100 million towards wildlife conversation.

Janice McNair's late husband Robert made his fortune in energy and real estate. He successfully bid for an NFL expansion team, and in 1999 he and his partners paid $700 million for the franchise that would become the Houston Texans. The Texans' first season in the NFL was in 2002. The team won four division titles in his lifetime. Robert McNair died on November 23, 2018 at the age of 80. He is survived by his wife, four children and 15 grandchildren. 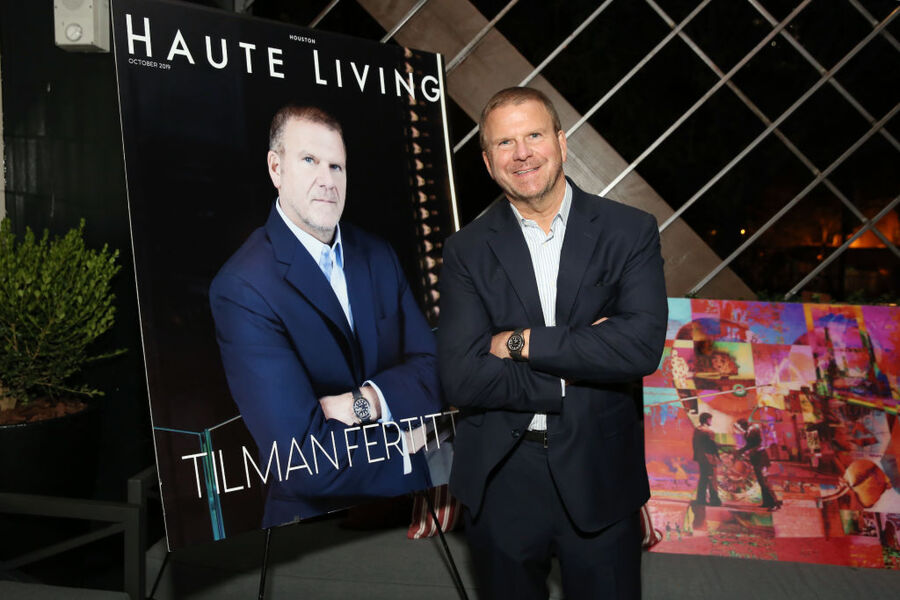 In 1986 Tilman Fertitta invested in a restaurant called Landry's. In two years, he managed to become a controlling stockholder in the company. Today, Landry's operates a number of restaurants including Bubba Gump Shrimp Company, Saltgrass Steak House and Landry's Seafood. Landry's also owns the Golden Nugget casinos, Houston's Kemah Boardwalk, Tower of the Americas in San Antonio and San Luis Resort in Galveston, Texas. In September 2017, it was revealed that Fertitta bought the NBA's Houston Rockets from Leslie Alexander for $2.2 billion. That was a record price paid for an NBA team at the time. Tilman is a third cousin of Frank and Lorenzo Fertitta.

Jeffrey Hildebrand founded Hilcorp Energy Company in 1989. He owns multiple oil fields in Alaska, shale in Ohio. A few years ago, his company was named one of the 50 best places to work—and we can see why. In 2015, Hildebrand gave every single one of his 1,399 employees a bonus of $100,000. To be fair, the bonuses were tied to company goals. Receiving a $100,000 check was life-changing for many of the company's employees. Some used it to pay their kids' college tuition, others to pay off debt, and still others to buy a home. He regularly donates to Houston area artistic organizations. He sits on the boards of multiple energy organizations all around the south.

Scott, Milane, Dannine, and Randa are siblings and the children of pipeline mogul Dan Duncan Jr. of  Enterprise Pipeline Partners. The company was co-founded by their grandfather, Dan Duncan Sr. in 1968. Enterprise went public in 1988 and by 2010 oversaw more than 50,000 miles of pipeline. When Dan Jr. died in 2010, each of the four siblings inherited $3 billion. In 2018 the company was ranked by Fortune as one of the 100 largest companies in America in terms of gross revenue. As of this writing the company has a market cap of $64 billion and generates more than $50 billion in revenue per year. Since 1998 the Duncan family have collected more than $8 billion worth of cash distributions from Enterprise. Each of the Duncan siblings owns 8% of the company, around 175 million shares.

Richard Kinder is the former president and COO of Enron. He left Enron to launch his own energy company with former classmate, William V. Morgan, and they subsequently purchased Enron Liquids Pipeline for $40 million, then merged it with KN Energy. Their company Kinder Morgan Energy Partners, now owns the largest natural gas pipeline network in the United States.