The Richest People In Austin, Texas

By Amy Lamare on October 1, 2020 in Articles › Billionaire News

Austin, Texas is a pretty cool city. Long known for its live music scene (and its barbeque), it's also become a hub for the technology industry over the past two decades. Austin is the capital of Texas and the fourth-largest city by population in the state. As far as state capitals go, it's the second-most populous state capital after Phoenix. It is the 11th most populous city in the U.S. and was the fastest-growing large city in 2015 and 2016. As of 2019, Austin had a population of 978,908, which is 200,000 more people than it had living there during the 2010 census. The city is home to eight billionaires, three in technology, one in haircare, one in vodka, and three in finance. Michael Dell is the richest resident of Austin and his net worth has increased by $3.3 billion, which is more than the entire wealth of Thai Lee, fellow Austenite, and fellow tech billionaire. Let's take a look at the eight billionaires who call Austin home.

Michael Dell is the founder, chairman, and Chief Executive Officer of the computer company Dell Inc. Michael knew that he wanted to go into business very early in life. He eventually dropped out of college, where he had been pursuing a medical degree in order to run his computer repair business. This $1,000 venture eventually grew to become Dell, Inc. These days, Dell is the sole owner of MSD Capital and owns 65 percent of MSD Partners, which manages more than $16 billion in combined assets. 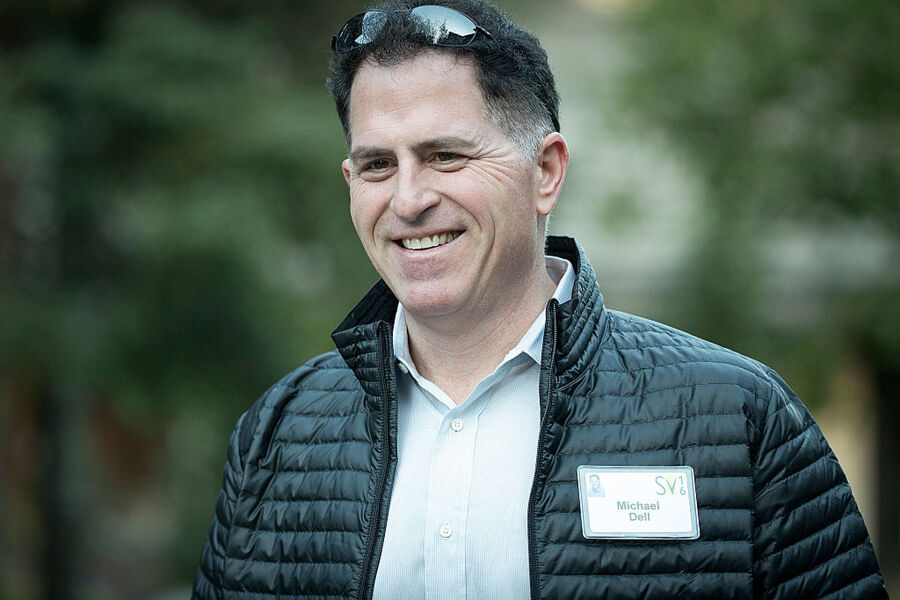 Robert F. Smith is the Founder of Vista Equity Partners LLC. Founded in 2000, today Vista Equity Partners controls more than $46 billion in assets and has delivered an average annual return north of 30% since its inception. He is best known recently for paying off student loans for students at Morehouse College.

Bert Beveridge is the founder of Tito's Vodka. Bert "Tito" Beveridge was born in San Antonio, Texas. He started out producing spirits as a hobby and formed Fifth Generation, Inc. and the Mockingbird Distillery in 1997. He started the company with $90,000 he borrowed using 19 credit cards and during that time he slept on floors and couches. In 2001, Tito's got its big break by winning the World Spirits Competition against 72 other vodkas. Tito's Vodka is one of the fastest-growing brands of spirits in the United States.

John Paul DeJoria is co-founder of the Paul Mitchell line of hair products. Some of his other business ventures include the tequila brand Patron, founding partner of the House of Blues, as well as interests in Pyrat Rum, Ultimate Vodka, Solar Utility, Sun King solar, and Touchstone National Gas.

Joe Liemandt is the founder of Trilogy Software and ESW Capital, an investment company that buys software companies. He dropped out of Stanford to start Trilogy Software. He was the youngest self-made person on the list of 400 richest Americans in 1996.

Thai Lee is the CEO and co-founder of Software House International (SHI). Lee and her ex-husband bought a failing IT company for less than $1 million in 1989 and turned the company into a $6 billion dollar business with customers including Boeing, AT&T, and Johnson & Johnson.

Jim Breyer is best known as the founder and CEO of Breyer Capital, a global diversified investment firm, as well as a partner at Accel Partners, a global venture and growth equity firm. Breyer recently relocated from Silicon Valley to Austin.

Brian Sheth is the President and co-founder of Vista Equity Partners alongside fellow Austin billionaire Robert F. Smith. After graduating from the University of Pennsylvania, Sheth spent a year working for Deutsche Bank, a year at Goldman Sachs, and six months at Bain Capital. He was approached by Robert F. Smith who hired him at Goldman about starting up Vista Equity Partners and the rest is history.