Reclusive British Billionaire And His Hot Swedish Ex Have Reunited, 14 Years After They Divorced, With One Unusual Caveat

Sports Direct and Newcastle United owner, Mike Ashley, typically shuns the press. This week, however, he's making news for a number of reasons. First, he faced off in court over charges of draconian working conditions in his sporting goods retailer's warehouses, then news surfaced that he has reunited with his ex-wife, Linda Ashley.

The Ashleys have been divorced since 2002. They were married for 14 years and have three adult children. Their $71 million divorce settlement was one for the record books at the time. Linda accompanied her ex to court this week and UK media confirms that the two are back together, however, they still live in separate mansions, just a mile apart. 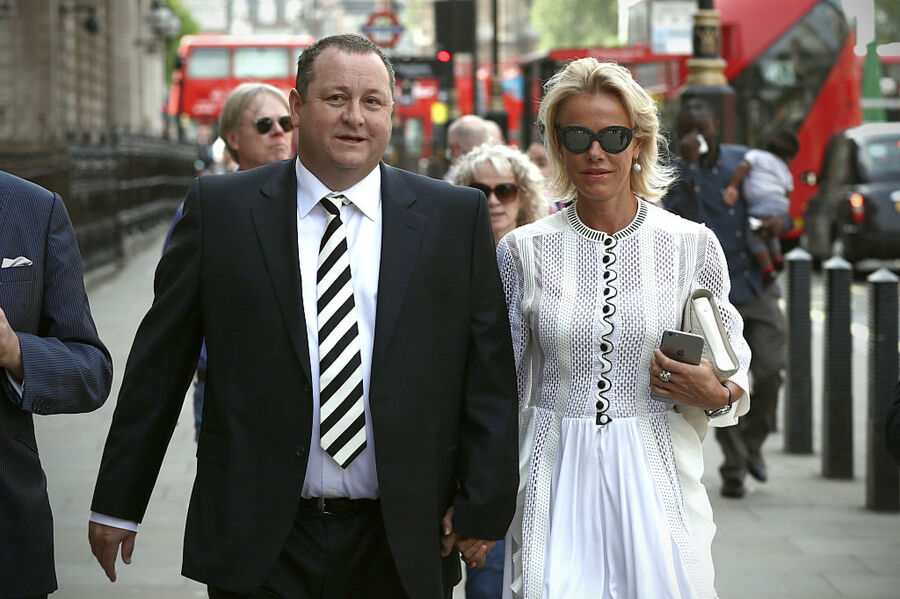 By all reports, this is very good news for 51-year-old Ashley. He was apparently quite heartbroken after he split up with his wife. After their divorce, Linda had a relationship with businessman Simon Broden. The couple had a son, 12-year-old Tyler.

Mike Ashley is famously reclusive and has not given a full interview in a decade, so unsurprisingly, he won't comment on his personal life, either. However, his friends are willing to dish the dirt and they think the billionaire may be ready to propose to his ex-wife again.

Linda Ashley lives in a seven bedroom mansion with a movie theatre, gym, bowling alley, spa, sauna, and a private golf course in the garden. Mike Ashley lives just down the road, in a 33-room mansion. Reportedly the couple spends their weeks in their own homes and weekends together. Mike Ashley often works until 2am, or later.

Mike and Linda Ashley met in their early 20s. At the time, he was a squash coach, just opening his very first sporting goods store. The couple's children are 25, 24, and 19 years old.

The tidbit that is pushing the rumors into overdrive is the real estate listing for Mrs. Ashley's mansion. Could she be preparing to move into her ex-husband's palatial estate?