The Model And The Sheikh Finally Settle Their Divorce Case And It Is a Record Breaker!

Christina Estrada finally got her day in court. Remember her? She is the former Pirelli calendar model who was married to Sheikh Walid Juffali for 13 years. Their marriage hit the rocks in 2012, when the then 57-year-old Sheikh married 25-year-old Lebanese model and TV presenter Loujain Adada while he was still married to Estrada. While Saudi law allows up to four wives at a time, Estrada is an American from California and this did not sit well with her. She filed for divorce and sought a big chunk of the Sheikh's $5.7 billion dollar fortune.

To recap, marrying a 25-year-old while still married to Estrada isn't the only shady move the Sheikh has pulled. He also tried to use a shaky claim of diplomatic immunity granted to him by the island of St. Lucia to shut down his ex-wife's claims over his fortune. He lost that case and now the court has ruled on the settlement. 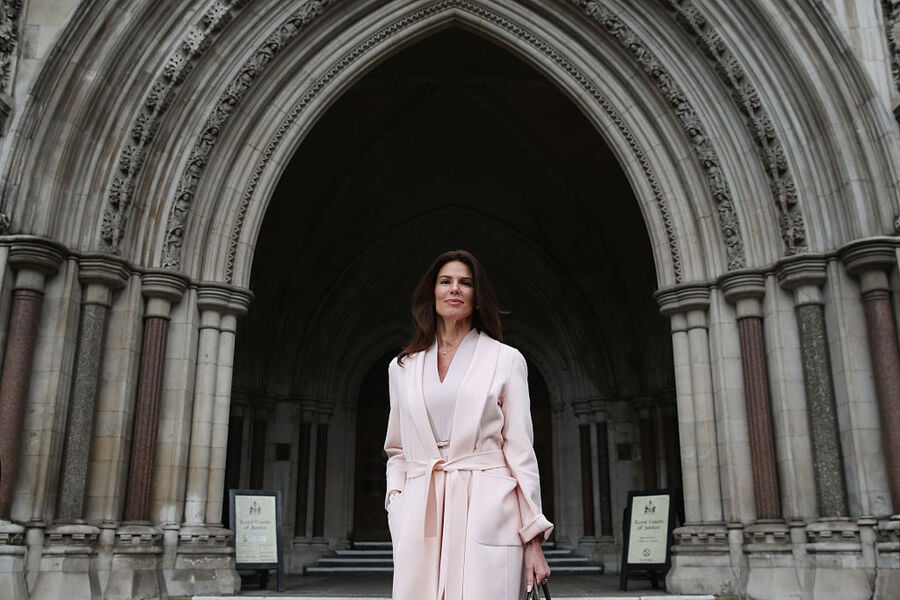 Estrada was awarded a record cash settlement of $68.6 million. This is thought to be the biggest payout in the history of England. Estrada had been seeking more than $354 million from her ex-husband. Her attorneys argued that this amount was a very small portion of the Sheikh's wealth and would still represent a significant downgrade in lifestyle for Estrada.

"I am Christina Estrada. I was a top, international model," she said during one of the case's hearings. "I have lived this life. This is what I am accustomed to. It is difficult to convey the extraordinary level of luxury and opulence we were fortunate enough to enjoy."

Prior to the settlement, Estrada had assets worth about $28 million, including a home in Beverly Hills gifted to her by her ex. The cash payout brings the total value of the settlement to $96.6 million.

Estrada testified in an earlier hearing that she would like to receive $96 million from the 61-year-old Sheikh to buy a seven -story home in London. She is also seeking an additional $6.2 million for a country house, $9.2 million per year for living expenses, $1.4 million for art, and more than $700,000 for five cars. Estrada had to release her annual budget as part of the divorce settlement hearing at the Royal Courts of Justice. Estrada spends nearly $3 million on travel and $1.4 million on her wardrobe each year.

Estrada already owns a $17 million house in Beverly Hills, a nearly $5 million apartment in South Kensington, and a jewelry collection worth about $4.9 million.

The Sheikh paid his first wife, fellow Saudi Basma Al-Sulaiman, nearly $52 million in a 2000 divorce settlement. He then married Estrada in 2001.

Christina Estrada was born in California and moved to London in 1988 at the height of the success of her modeling career. The Sheikh also spent time in California. He obtained his Bachelor's degree from the University of San Diego in 1977.

The Sheikh's lawyers have asked the judge presiding over the divorce settlement case to give him until the end of the year to pay the $68.6 million. They claim it will take the Sheikh many months to raise the cash. The judge told the Sheikh's attorneys that he was to pay the cash to Estrada by 4pm on July 29.

Sheikh Walid Juffali was not present for the hearing. He is currently in Zurich receiving treatment for advanced cancer.