The Mathematician Who Cracked The Wall Street Code Made $1.7 Billion Last Year

By Amy Lamare on June 3, 2016 in Articles › Billionaire News

Jim Simons is an investor who founded the hedge fund Renaissance Technologies. He's a preeminent mathematician, code breaker, and he studies pattern recognition. He's also a major philanthropist. Last year, he made $1.7 billion. $1.7 billion – in one year. He's pretty much the patron saint of Celebrity Net Worth. Simons is the only hedge fund manager to make the list of the highest-paid for every single one of the 15 years the list has been published. He also ranks at the top for earnings during the history of the list. James Simons has a net worth of $15.5 billion.

Jim Simons was born in 1938, in Massachusetts. He received a BS in mathematics from MIT in 1958 – earning the four year degree in just three years – and a PhD in mathematics from Berkeley in 1961, when he was just 23 years old. In his doctoral thesis, Simons worked with a math prodigy from China, Shing-Shen Chern. Together, the two mapped out the mathematical understanding of curved spaces. This is a topic that Einstein used in his general theory of relativity, to show how gravity can deform space and time. 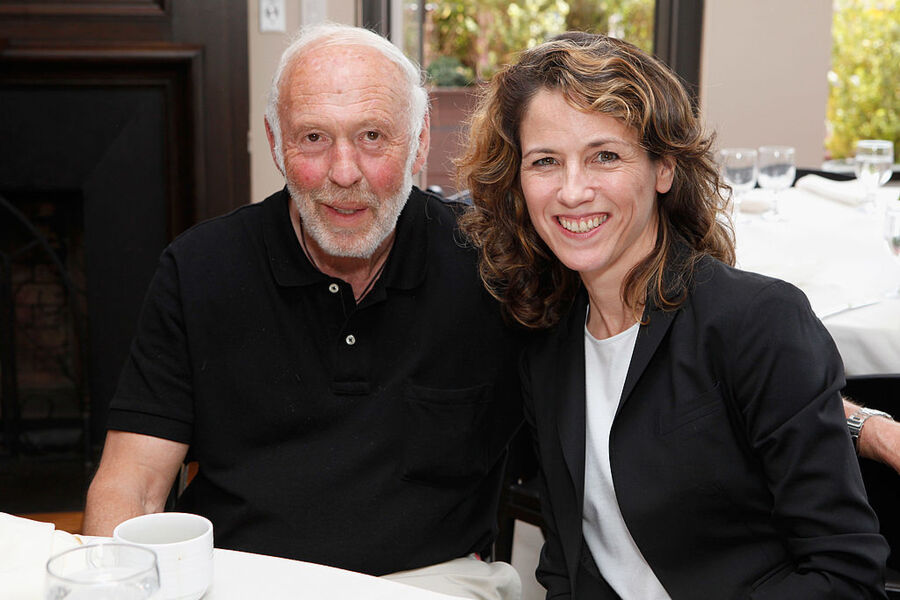 When Simons was 26, he was doing advanced code breaking for the National Security Agency that helped the agency track potential military threats. Between 1964 and 1968, he was on the research staff of the Communications Research Division of the Institute for Defense Analyses, and taught mathematics at MIT and Harvard. By the time he was 30, he was the head of the math department at Stony Brook University. When he was 37, he won geometry's top prize. At 44, he founded Renaissance Technologies, which went on to become one of the most successful hedge funds in the world. At 56, he began setting up charitable foundations. Now 78, Simons is still at the top of his game, earning $1.7 billion, in 2015 alone.

One of the reasons that Renaissance Technologies has been so successful, is because Simons has taken an unusual approach. When he hires an employee, Wall Street experience is generally looked down upon. Instead, he hires mathematicians, astronomers, physicists, cryptographers, computational linguists, programmers, and scientists. He studies cryptology for patterns in the market. He even once examined how the lunar cycles and solar flares might influence the market. The unique blend of skills at Renaissance allows the fund to gather financial data and design complex formulas to make predictions in global markets. This approach has worked remarkably well for Simons. Renaissance Technologies has produced double-digit annual returns for its investors.

In 2014, Jim Simons was elected to the National Academy of Sciences. This is an elite body founded by Congress, during President Lincoln's term, which advises the federal government.

Jim Simons began his philanthropic work in 1994, when he and his wife, Marilyn, founded the Simons Foundation. In 2010, he was one of the first people to sign onto Bill Gates and Warren Buffett's Giving Pledge. Today, Simons' foundations fund math and science teachers and hundreds of the best investigators in the world. Among his favorite topics are the origins of life, gene puzzles, the roots of autism, basic physics, the structure of the early cosmos, and of course math and computers.

Simons has donated more than $1 billion to these special projects. One of the projects nearest and dearest to Simons is Math for America. It awards stipends and scholarships of up to $100,000 to train high school math and science teachers, as well as supplement their regular salaries.

On the wall of Simons' office is a framed picture of the equations from his doctoral thesis that came to be known as Chern-Simons. More than four decades later, his equations continue to define many aspects of physics, including how invisible fields like gravity interact with matter to create everything from black holes to superstrings.

Math is largely considered to be a young person's field. At 78 years old, Jim Simons continues to be at the forefront of mapping its frontiers.