By Amy Lamare on March 4, 2019 in Articles › Billionaire News

Indian billionaire Anil Ambani has spent the last few years scrambling to push off creditors and suing critics of his debt-ridden business empire. Now, his moment of reckoning may have arrived, with Ambani trying to pay debts or go to jail. Worse, his older brother Mukesh Ambani's businesses are thriving and he is not only the richest man in India, but the richest in the all of Asia. On February 20th, the Supreme Court of India ruled that Anil Ambani's Reliance Group phone division disobeyed a ruling to pay $77 million to the local subsidiary of Ericsson. The court also said that Ambani will personally face three months in jail if the payments aren't made within four weeks. For what it is worth, Ambani's group said it will comply with the order and make the payments within the time frame laid out by the court. This latest development caps off that has been an enormous fall for a man that was the sixth wealthiest person in the world a decade ago.  This latest decision from India's Supreme Court comes after a very tough year for Ambani. Parts of his empire suffered huge losses and competition in the telecommunications market in India have become brutal.

Anil Ambani took over the family telecom business after a years-long dispute with his brother over the empire built by their father, who passed away without a will in 2002. Three years after their father's death, the company was settled by their mother. She divided the company in two, giving half to each of her sons. Anil was given control of all of Reliance's telecommunications, asset management and entertainment. Mukesh was given the company's oil, pharmaceutical, textile and refining assets. 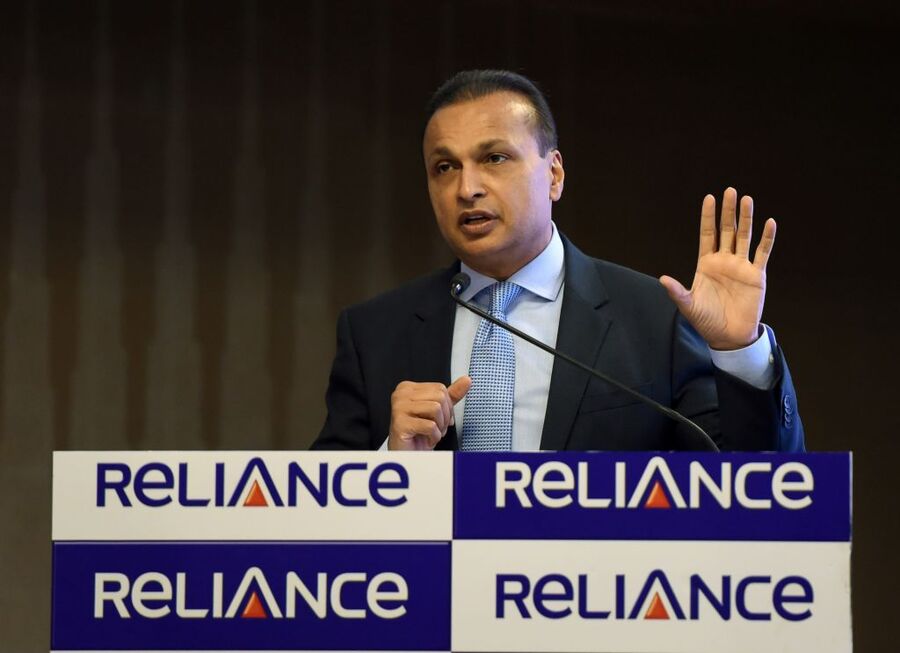 At the time, it was largely perceived that Anil got the better deal. They were the newer business with the opportunity to grow. However, from the very start, Anil's companies borrowed heavily in order to diversify and grow his own conglomerate that could give him the kinds of revenues his older brother enjoyed from his.

A non-compete clause kept Mukesh out of the telecom business until 2010. Since then, Mukesh formed Reliance Jio Infocomm Ltd. Mukesh has spent $35 billion of Reliance's money to bring the first all 4G wireless network to India, called Reliance Jio. This allows him to offer free phone calls and exceptionally inexpensive data and give 1.3 billion people access to global tech and ecommerce giants. This relatively simple act has upended the telecom industry in India and sent his competitors into a tailspin trying to keep up. Jio was a very big bet for Mukesh. It also gives Mukesh the chance to build a company – and thus a legacy – outside of the specter of the company he inherited. Mukesh has been pouring money into this venture for most of the past decade and only now starting to see returns. It was worth the wait.

Jio's 4G network hit remote Indian villages in 2016. By this summer, less than two years later, Jio had 227 million users and is turning a profit. Competitors were scrambling to keep up and couldn't, as Mukesh's company was offering phone and data plans for $2.10 a month.

During the same time period, Anil has been selling off assets to satisfy investor worries about the debt load of his companies that has contributed to the decline in share prices. Anil also invested billions to expand his business, but the fact is he didn't have the oil and petrochemical arm of the business to fuel growth. So, like many Indian businesses, Anil's companies took on debt to finance growth. This borrowing spree by Anil and other business owners has led India's banks to have one of the worst bad loan ratios in the world. When the central bank of India started cracking down on the $210 billion of debt, companies who had highly leveraged themselves found themselves in trouble. This is where Anil and his companies are at right now.

Anil's Reliance Naval & Engineering Ltd. has been the worst performer in his portfolio, with a 76% drop in share price. Anil bought the company in 2015, betting that defense would be the next big growth segment. This company's loan accounts have been "irregular or substandard" since 2014, according to a statement from the company. Two of Reliance Naval's creditors have an ongoing lawsuit that will likely send the company into insolvency.

Anil's Reliance Infrastructure Ltd., which built the first metro line in Mumbai, missed a bond payment this summer while it was waiting for the money from the sale of its power transmission assets. Reliance Power Ltd., which is also Anil's, has been in decline for a decade. Reliance Capital Ltd. has also had a decline in share price this year.

The biggest challenge Anil faces, however, is from Mukesh's business.

Reliance Communications Ltd was once the flagship of Anil's portfolio. However, it has been slammed by the price war Jio started. Rcom sold its 178,000 kilometer fiber optic network for 30 billion rupees as part of a plan to divest of all of its wireless assets and leave the mobile phone business entirely. Mukesh's Jio was the buyer.

Now Anil has the threat of jail time looming over him. The fight with Ericsson began when the Swedish mobile phone manufacturer tried to collect overdue payments from Anil's Reliance Communications. A prior settlement with Ericsson from May 2018 fell apart when Reliance Communications failed to meet payment deadlines. Anil's company has requested urgent approval from its lenders to release $37 million received from tax refunds directly to Ericsson.