The Kadoorie Family's $18.5 Billion Net Worth Is Based On A Hong Kong Property Empire Dating Back To The 1880s

Today, Michael Kadoorie oversees his family's empire which includes CLP Holdings, Ltd., the electricity company founded by his grandfather in 1890 which provides electricity to 75% of Hong Kong and as chairman of the Hong Kong and Shanghai Hotels – the owners and operators of the Peninsula Hotel Group. The Kadoories have been long time residents of Hong Kong. In fact, the family's history in the Far East can be traced back to the 1880s, when Sir Elly Kadoorie and his older brother Ellis, Baghdad, Iraqi born Jews, arrived in Hong Kong to work for the Sassoons – at the time a very prominent family of the Baghdad Jewish diaspora. Elly and Ellis set up a brokerage that invested in hotels, banks, and power generation companies. Ellis died a bachelor in 1922. It was up to Elly to carry on the family name. Today, the Kadoorie family is the 10th richest family in Asia with a collective net worth of $18.5 billion.

In 1931, Elly Kadoorie had the foresight to buy a plot of land near Mong Kok. It cost about $200,000 based on the exchange rate at the time. The plot was large and there wasn't much on it other than a few trees. Today, that same plot of land is filled with homes and is right next to one of the most densely populated neighborhoods on Earth in the least affordable city in the world. The original plan was to sell the houses as they were finished, but because only two sold at first, the Kadoorie family decided to lease the houses and keep building new ones. By 1941, 34 houses had been built and they were occupied by the Japanese army, which didn't pay rent, while Elly's family was interned. 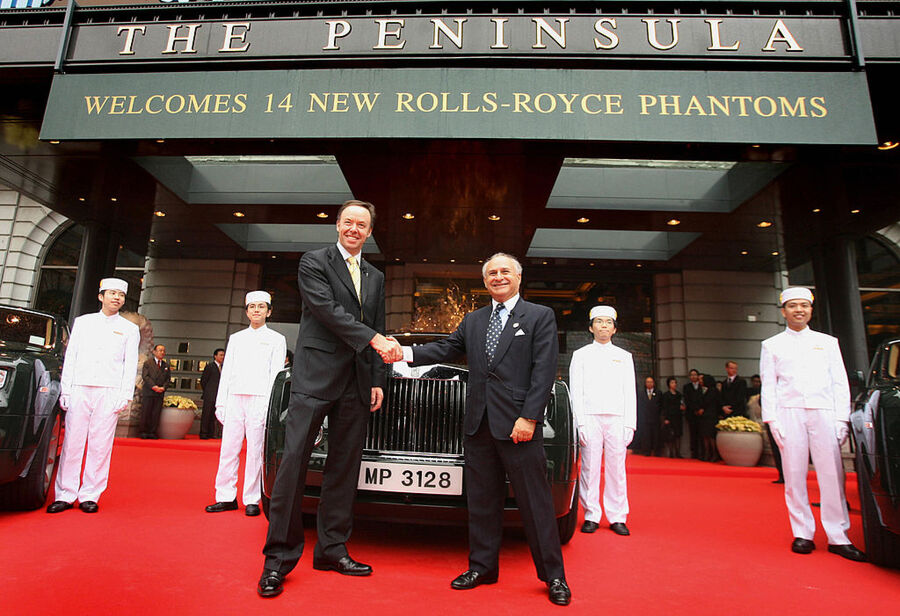 After the war, building resumed. Today, large white houses are just barely visible behind their high bougainvillea-laced walls. Kadoorie Estates has 84 standalone homes all with their own gardens and some with pools. There are also 39 apartments in Kadoorie Estates. The residents are high net worth people – a mix of corporate types and celebrities. The average rent of the homes has tripled in the last seven years to HK$300,000 for one of the homes in Kadoorie Estates.  And this is just a side hustle for 77-year old Michael Kadoorie.

The family has kept copies of the rent rolls. The first entry is from 1936 and reflects a monthly rent of HK$150 for one home on the land. By 1969, the total monthly rent was HK$177,920. In 1975, rent came to HK$920,000 for 80 houses and 39 apartments. When a tenant moves—most have lived there for decades—the house gets renovated and goes back on the market, often for 40% higher.  Colliers International Group Inc. estimates a 4,300-square-foot house on Kadoorie Hill could cost anywhere from HK$144 million to HK$288 million.

The Kadoorie family also controls CLP Holdings, the biggest electricity provider in Hong Kong and a 59.3% state in The Peninsula Hotels group. New Peninsulas are set to open in London, Istanbul, and Yangon.

The Kadoorie family's habit of hanging onto their assets has allowed them to assemble an impressive portfolio of trophy properties from The Peninsula Hotel to the more than 130-year-old Peak Tram. Today, the estimated value of Kadoorie Estates is $4.4 billion. Michael Kadoorie is the sixth richest person in Hong Kong with a personal net worth of $8.9 billion.